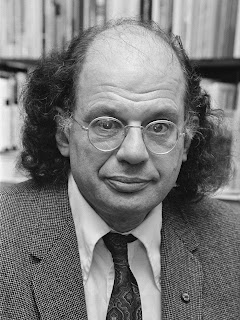 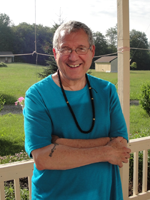 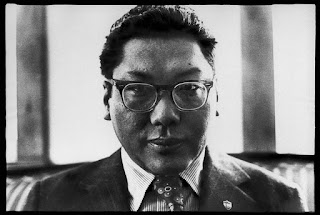 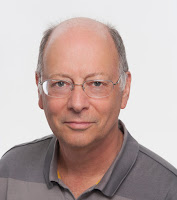 Student: [in media res]…..he says why talk about the “”I’ which interests me not at all, and he goes on to describe other things. He wasn’t interested in describing himself as (in) personal history, so, in that sense, there wasn’t (that) sort of obsession locked inside, he was always pushing it out

Allen Ginsberg: Well.. Returning to the outside to the look..Yeah
You had a hand up, Richard Roth

Richard Roth: I’d like to ask Rinpoche a question? Allen’s being dividing poetics up into Hinayana, Mahayana and Vajrayana. The first two are a little easier to understand than the last one. I was wondering if you could say something about what Vajrayana poetics would be (or(it) is)?

Chogyam Trungpa: Well, we have a lot of examples of that, such as (an idea from) The Hundred Thousand Songs of Milarepa. Have you ever read them? – That’s that, and the Royal Song of Sahara  – and as far as Mahayana poetics is concerned (such an idea as) Bodhicitta, the translations called Entering the Path of Enlightenment. I think (for) the general qualities of Vajrayana poetics, we have two types of situations, one is proclamation of personal experiences, and the second one is inspiration and (a) devotional level. So we could say that the first phase is the devotional level of, like Milarepa’a songs yearning for his teacher,and towards the end of his life, (and also some of the writings in Padmasambhava, you find his proclamation). And, in fact, the idea for Vajrayana poetics, is, once you’ve heard, once you’ve read, it’s supposed to have a direct effect on your state of mind so that your conceptual patterns of mind could be cut through. It’s sort of like (a) mantra, in some sense

AG: Can  you give an example of a line like that, of that quality that cuts through instantly?
CT: Well, I don’t remember many translations..
AG: Well, what’s the one that most ever struck you
CT: I think all of them, actually.
AG: What was the first?
CT: Well…I think all of them…First? first?
AG: Temporarily.
CT: Umm..It’s like.. how does it go? – “Mikyo Dorje fills the whole of space”   do you remember that? – in English translation?   [to David Rome] – Can you say it?  – do you remember it?….
AG :”Mikyo Dorje fills the whole of space”… Some equivalent line of  (William) Blake would be “One thought fills immensity”
CT: I suppose we could say that any kind of  Sadhana reading would be connected with that situation too.
AG: The Sadhana? – Can you explain that, David, for those who are not experienced practitioners?

David Rome: Sadhana is the Vajrayana liturgy, which is actually…  The liturgy itself is literature, is a guide-line for going through different stages of perception and identification with energies and aspects of reality, which is, I suppose, what the Vajrayana poem would be in any case.

CT: Well I think about Milarepa’s Songs..it’s very folksy. It’s not supposed to be a work of  (a) scholarparticularly, scholar-poet,  so therefore it is, in fact, almost a conversation in verse, and a lot of little humors.. and directness. Like, when he was talking to the logicians, he said, “..I never cooked the stew of logic” (In Tibetan, it’s a play on a word –tsema as logic, tsema as stew (same word)  So, “I never had tsoma of tsema“ – Things like that, I think must be lost in English translation, but there is..

AG:  Do you have a lot of that in Tibetan? Puns? or near-puns?

AG: A couple of hands there
Student: Well, recently, researching something, I found out that the Tibetan word for writer is, I think, shing gi srin bu
CT: What?
Student: The Tibetan word for writer, I found in a dictionary, was shing gi srin bu, and it said that the same word also meant wood-eating moth or worm. Could either of you elaborate on that?
CT: Well, what dictionary is that?
Student: In the Naropa library.
CT: Oh yeah? Do you remember the author of the dictionary?
Student: No.
CT: I’m sorry, I can’t understand your Tibetan – A writer is a …. rta pa, which means a horse-man, rider
Student; No, writer, as in poet, or…
CT: Writer
Student: The shing gi srin bu
CT: (remains perplexed): …Well?
AG: Blank.Gregory (Corso), you got any questions?

[Audio for the above may be hear here, beginning at the beginning of the tape and concluding at approximately seven-and-a-half minutes in]