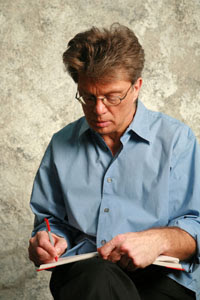 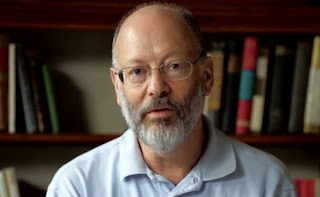 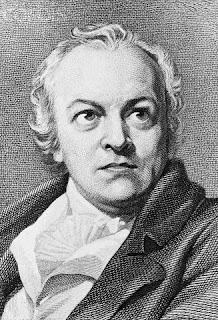 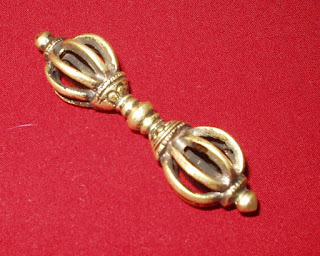 AG:  I think Kirpal had his hand up first

Kirpal Gordon: Allen, you described (William) Blake as a Vajrayana poet. I can imagine, here at Christmas-time, Santa Claus over here, and he’s a wino, an alcoholic, and a father and a son are walking towards him and the son sees a nice old man who gives presents and the father recognizes immediately that it’s an old wino (he’s picking up a little seasonal work). And.. now you have two perceptions here, and in (William) Blake’s system, one is the perception of Innocence and the other is the perception of Experience. Now in these sequences of perceptions, that the poet sees all at once, that is the poet Blake, there is a revolutionary condition arises out of this. Now how would Vajrayana poetics deal with this problem in terms of actual Blake (who would immediately perceive a revolutionary situation here, that is, he would see the man and what was laid on him and how he became a wino). The father would also see back through the man to his son as perhaps becoming a wino (that is, the end of the son’s journey could also be this old Christmas-time wino).

AG: Well, Blake has the answer here [from “Auguries of Innocence“] – “The Childs Toys& the Old Mans Reasons/Are the Fruits of (the) Two Seasons”

AG: It’s built into the poem. I mean, he treated that particular problem directly there I thought or (it’s) the same thing as [in “The Marriage of Heaven and Hell”] -“One law for the lion and ox is oppression”. And that is, there is, simply different.. (completely themselves but completely different), so to speak unborn beings, completely there. 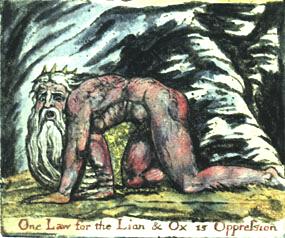 KG: But Blake would also… he would also manipulate the whole process of perceptions, the sequence of perceptions. I mean, it doesn’t only work with these little Auguries, with these little aphoristic structures. He worked with whole paragraph structures which give you sequences of  perceptions. And then, it would seem to me that, exactly in the sense of his question, that the process of thought could be broken by meditation.

AG: It will rise again . You don’t have to worry about it.

(I think Kirpal had his hand up first..)

Kirpal GordonI couldn’t..I followed what you were saying I couldn’t follow your description of the process well but if you were fleshing out what (Chogyam) Trungpa said, well then I got it! – and, then, as you described that process.. (I don’t know if this going on or not, but..) – as you described that process, it sounds like what most of the good poets do that I know and most of the good poets that I know don’t have anything to do with meditation in any formal sense. So, could you address what you said in terms of how it might relate to a practice?

David Rome: Well is this supposed to be…?

Kirpal Gordon:  This is supposed to have a connection between those. So how does meditation… what does meditation do in terms of that? I mean, if that’s already a natural process for an artist?

David Rome:  Well, meditation is.. basic.. an explanation.. to free up your mind, (just) as we’ve been talking about) ..in terms of that (other) question. If, just letting the mind do what it wants to do, was, in itself, perfect, in a way, then everyone would be a perfectly great poet.(which, I suppose, some people would say that say that..), but, that’s not really the point.. we have this very pure.. It was kind of like the Buddha, I suppose, he was the only one who (conquered the mind and became) the teacher

Kirpal Gordon: So the artistic discipline is the same as the spiritual discipline?

David Rome: That’s just basic human-ness.  Then, out of that, you can be an artist, you can be a businessman, you can be whatever you might be. I mean, the purpose of meditation is not to produce good poets.

AG: The corollary is to produce lucidity or clarity…

AG: …which could be applied to business or poetry – or any gesture Though I’d say, since poetry deals with mindstuff and language, language mind-stuff, that the constant observation, and constant mindfulness of mind-stuff, would be directly, in meditation would directly relate very fast to poetry, maybe to business but I haven’t had that much experience, but it would relate to business intuition probably.

Kirpal Gordon:  Yeah, but as I understand the process, that it’s on-going. Whatever is, whatever we call, meditation is part of the process of going on. If you enter into an artistic discipline, you’re already involved in a meditation of sorts.

AG:To the extent that it involves awareness of what’s going on in your mind and looking at it from the outside rather than being caught in it all the time – but some art doesn’t do that, some art takes..does not draw back and see ..that’s why they had the Objectivist school in the twentieth-century that had to point out that what was going on in the mind was furniture, was a thing or things just like external objects.Before that, people thought that..  or were more attached to their thoughts and wrote poems just out of thoughts, without realizing that thoughts were just things like tables and chairs as per the exposition or explanation of Objectivism in American poetry in the (19)20’s that I was talking about a couple of weeks ago. There was a school of American poets in the 20s called Objectivists, followers of (William Carlos) Williams, friends of Williams,who were well-grounded who pointed out that their thoughts were objects and if treated as objects could be included in the poems, (as distinct from Williams and (Ezra) Pound who originally tried to banish internal thoughts as just being subjective rambling) . Does that make sense?

Student:  If not meditation, what was the process that Williams used to get where he got or to get the kind of  haiku-ishness that he got, I mean, he didn’t do sitting meditation, I don’t think. I never read that he did it literally in any way or any particular method..

AG: He set himself to paying very close careful attention to what was around him.That was his whole point – to start listening to the language that he heard around him and observing  things that his eye saw and looking very carefully (and sort of if he).. by a sort of a ..attentiveness, or mindfulness, to the actual world around. That’s why he arrived at a point of saying [Allen quotes Williams’ poem, “Thursday”]  – “I have had my dreams, like other men”… (probably suffering brought it ) – “I have had my dream – like others -/and it has come to nothing, so that/I remain now carelessly/with feet planted on the ground/and look up at the sky -/feeling my clothes about me./ the weight of my body in my shoes,/ the rim of my hat, air passing in and out/at my nose – and decide to dream no more” – A sort of a small case of self-born Buddha, in a sense of that kind of Waking Up. (But so) his discipline was close attentiveness – so a kind of Meditation in Action.  Does that make sense?

[to Chogyam Trungpa] – Do you know that poem?
CT: No
AG: …Did you hear it? -Yeah I thought… I use that… I’ve been using that, as a sort of the intersection point between America poetry and meditative practice – (written in) 1923!

[to Student] – Can you bring the microphone over……

tape ends here -to be continued

[Audio for the above can be heard here, beginning at approximately seventy-seven-and-three-quarter minutes in and concluding at the end of the tape]