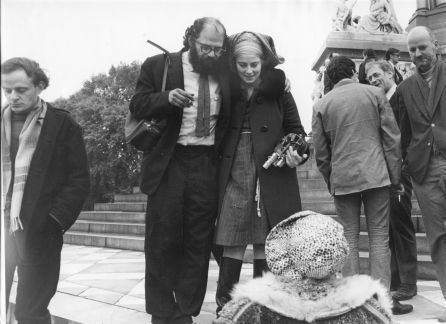 top image – Allen Ginsberg and Barbara Rubin together at the Albert Monument, outside the Royal Albert Hall, London, June 9, 1965, by John “Hoppy” Hopkins, on the occasion of the First International Poetry Incarnation – bottom image – Barbara Rubin filming in the streets of London, likely the same day,  photo by Allen Ginsberg  c. The Estate of Allen Ginsberg

Last year’s celebrations at the Anthology Film Archives and at Johan Kugelberg’s New York City Boo-Hooray Gallery (specialists in the occluded and forgotten), suceeeded in shining a little light, perhaps, on the perennial “underground legend”, Barbara Rubin, but not so very much. She seems to have retreated once again into her default mode – posthumous mystery and obscurity. [2018 update -This situation hopefully changed now, thanks to the wonderful  documentary from Chuck Smith, “Barbara Rubin & the Exploding NY Underground,” – a must-see]

There was a time (in the early ‘Sixties) when she was a pivotal and important figure for Allen (not to mention, Jonas Mekas, Warhol, and a whole host more)

“Barbara was a great bringer-together of people, often for her own projects”, Gordon Ball writes, in his recently-published memoir, East Hill Farm . One of the projects she was key instigator of, it should be pointed out, was convincing Allen, in 1967, that he should indeed buy that (Cherry Valley) farm. Bill Morgan: “(She) (Barbara) was relentless in her determination…and used all her considerable powers of persuasion to convince him..In the end no one ever knew if Allen bought the farm of his own free will or (simply) to appease Barbara”. In 1963, she was 17 when she made her ground-breaking “underground (sex) movie”, Christmas on Earth (see below)

Perhaps you recall her as the short-haired girl in the striped t-shirt, massaging Dylan’s curly locks, on the back-cover of Bringing It All Back Home? 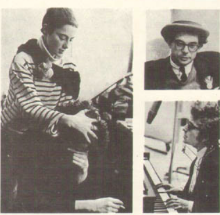 (an image of Allen in a top hat is placed, significantly, next to them) 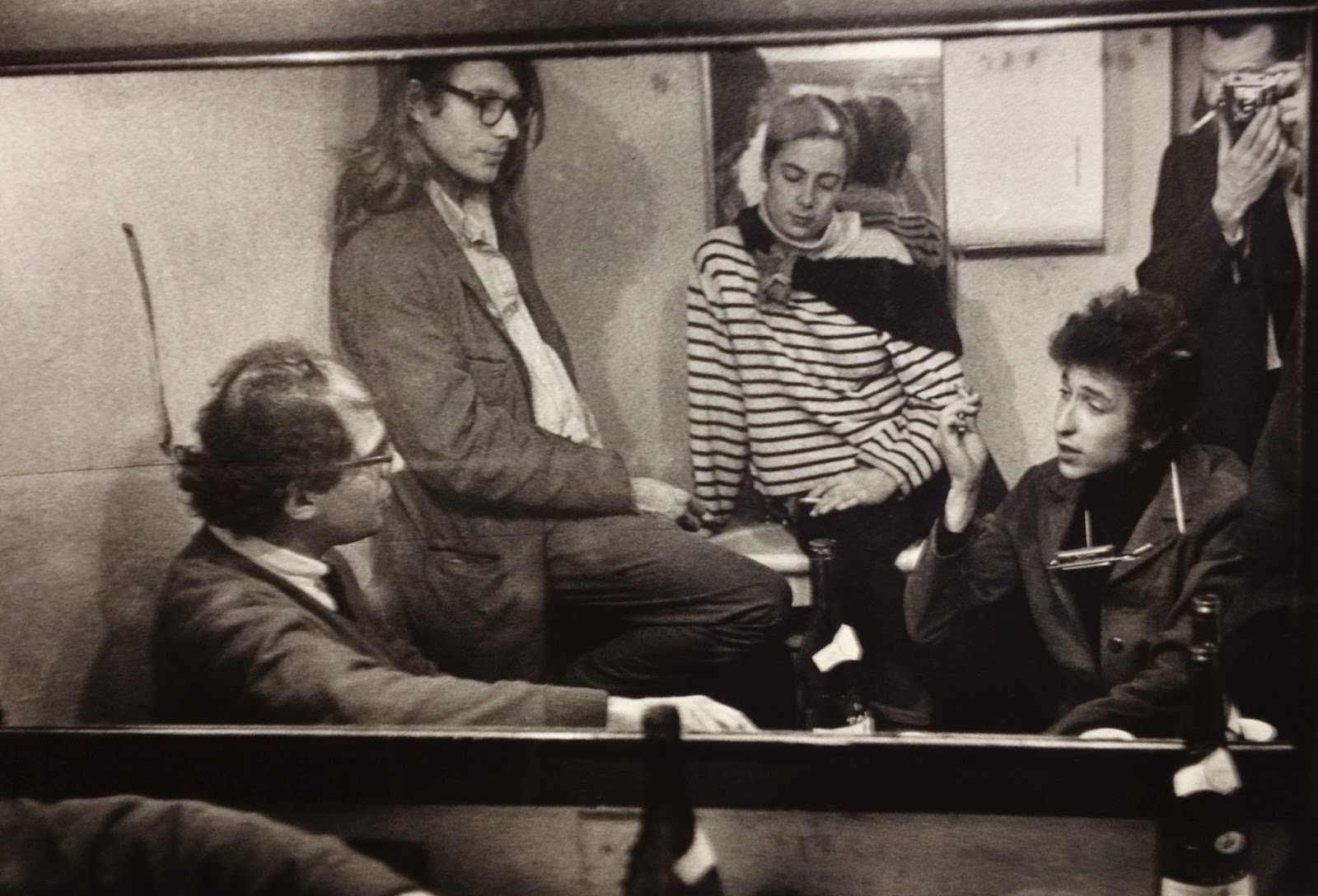 In 1965 she’s with Allen, in London, in the front row, at the legendary Albert Hall Dylan concert. They go back-stage afterwards and that’s where Allen first meets The Beatles.)

Several weeks later, she’s the primary instigator (not Allen, it turns out), of the great (likewise legendary) international poetry reading at that same venue – the Royal Albert Hall – the First International Poetry Incarnation Allen has confessed it: “(It was) all Barbara’s idea”

Later in 1965, Barbara (through the intermediary of Gerard Malanga) introduces Andy Warhol to the Velvet Underground (out of which was spawned…)

“When Barbara Rubin asked Gerard to help her make a movie about the Velvets playing at the Bizarre (sic). Gerard asked Paul Morrissey to help and Paul said why didn’t I come along, and so we all went down there to see them.” (Andy Warhol)

Andy:  She was “one of the first people to get multi-media going around New York”

Her subsequent utter renunciation of her art and retreat into a Hasidic community child-bearing ritual is a tale unto itself – enigma and erasure.

and here (so the art outlives the artists) is the film.

and here, as an addenda (with rare footage of Allen and Barbara in it) is Jonas Mekas’  film portrait”To Barbara Rubin With Love”

and here Allen, 1965, naked with Barbara 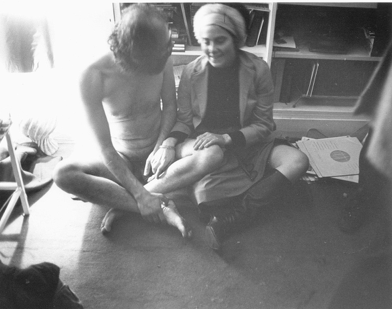 2018 addenda – Chuck Smith‘s documentary , Barbara Rubin and The Exploding NY Underground, is, to use our (perhaps over-used) term, “essential viewing”