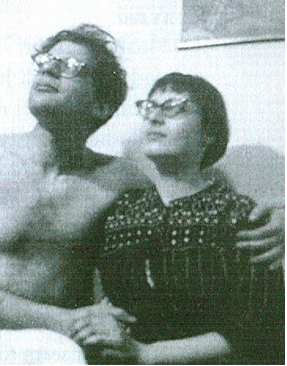 Al Filreis informative over-view of this lost “Beat” figure (she committed suicide in 1962, aged 29), along with a couple of sample poems, may be read here. Leo Skir’s personal memoir may be read here. A volume of work from her only surviving notebook, entitled Elise Cowen – Poems and Fragments, edited by Tony Trigilio and published by Ashahta Press has just recently appeared.

As Trigilio writes:
Elise Cowen’s position in literary history has been a conflicted one.  Very little is known about the poems she wrote.  Unfortunately, she is remembered primarily as the woman who dated Allen Ginsberg for a brief time in the early 1950s.  Their romantic relationship ended by the time Ginsberg moved from New York to San Francisco, right before the composition of “Howl.”  Later, she typed the final draft of “Kaddish” for him, adding, as a significant aside when she gave him the completed manuscript: “You still haven’t finished with your mother.” Until 1962, when Cowen committed suicide, the two maintained a friendship that, by many accounts, meant considerably more to Cowen than to Ginsberg.  Cowen appears briefly in major critical studies of Ginsberg, but only by virtue of her role in Ginsberg’s brief period of bisexuality and her typing of his “Kaddish” draft..”

Trigilio continues:
“My books and essays on Ginsberg emphasize the experimental impulse of his work and, I hope, disengage his poetry from the clutches of fanboy hagiography.  It was through my writing on Ginsberg that I kept encountering Cowen’s work—limited to a few poems here and there in anthologies, and limited by Beat biographers’ insistence that she was only Ginsberg’s mad girlfriend-typist rather than a poet in her own right.  When I read Cowen’s actual poems, I saw how much these biographers had missed—and how much we, as readers, were missing—without full access to her work… 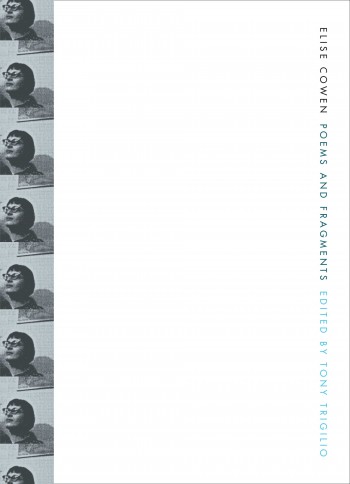