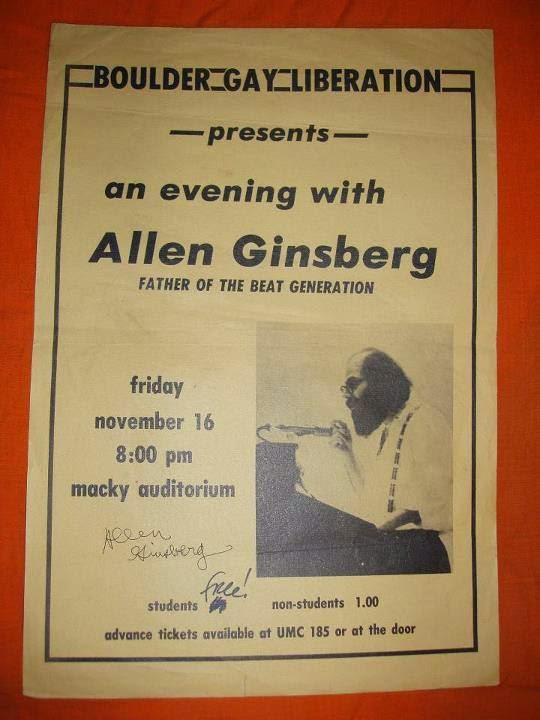 Gay Ginsberg. The poster’s a vintage one (1977) – a bearded Allen at Naropa – a benefit for Gay Liberation

The significance of Allen in the Gay Liberation struggle need hardly be stressed, one of the real heroes, one of the acknowledged key LGBT pioneers.

But, of course, it wasn’t always like that – the endless benighted years before Stonewall
(that Evergreen cover coming a full year after the breakthrough of Stonewall)

Allen, in his famous concluding lines to his 1956 poem, “America” – mock-ironic to America (straight America)  – “America, I’m putting  my queer shoulder to the wheel”

The Mattachine Society had been established as early as 1950

One, America’s first nationally-distributed gay-themed publication, first appeared as a monthly magazine in January of 1953

The dour ‘Fifties climate, making for a closeted climate, though Allen and the Beats helped significantly to free it, and, by the end of the decade..

By 1959 Wallace de Ortega Maxey, an independent Catholic, later, pastor of his own Church, (the Liberal Universalist Church), and author of Man Is A Sexual Being (1958), was writing a cover-story on the sociology of queer Beat culture, (queer “Beatnik” culture, since the phenomenon had so clearly devolved) – “the beat-homo”, (to use Maxey’s quaintly dated phrase).  In part, he writes: 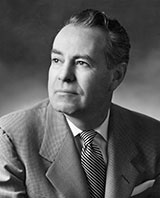 “There is a distinction to be made between the beat-homo and the nonbeat. The beat-homo has no inhibitions. Within his own consciousness he has accepted himself and is completely integrated. He is not fighting himself, much less the rest of the world. This applies to the male as well as the female of the species. He doesn’t give one god damn what the world thinks about him. Like the rest of the beat generation he simply wants to be left alone. He has closed his mental door to the rat-race. He has cut himself off from the shams and shamans of the competitive world. He is usually of the aesthetic type, psychologically, not necessarily so physically.” 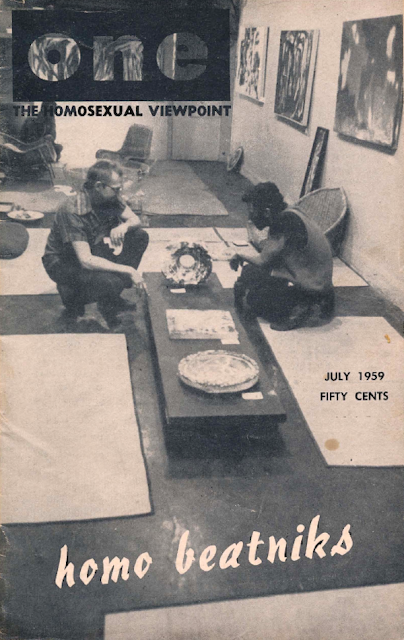 “I have seen some gangling seamen and longshoremen, truck drivers, woodsmen and cement-construction workers [sic] that would surprise all hell out of you when you listen to their conversation. In their particular fields of interest and study they are extraordinarily well informed. There is one chap I am thinking of who has been a seaman all his life, who can keep you spell-bound when telling about the “history of erotica”. Another, a female, could write a book about the world’s historic prostitutes and how they have influenced political thought. Still another homo-beat has been in several mental institutions under observation, but can reel off anything you want to know about the religions of the Orient. Of course, I am speaking of the real Beats, the ones who have severed all ties with the square world, as far as it is humanly possible to do, and still live.”

“It has been said that Allen Ginsberg is the St.Peter of the beat generation [sic]. He has been quoted in the New York Post (3/13/59) as saying: “I sleep with men and with women. I am neither queer nor not queer, or am I bi-sexual. My name is Allen Ginsberg and I sleep with whoever I want”. It has been my experience in discussing life in general with a considerable number of Beats, that these words of Allen Ginsberg voice quite accurately the opinion of the majority of the real Beats.”

Maxy’s not entirely sold (on the “beat-homo”) – “They have a certain amount of juvenile crudeness in their writing”, he declares – “with exceptions of course”. However, “with all their vices and virtues, if they can teach the world by example, the evils of social conformity, I feel they will go down in history as having made a worthwhile contribution.”

How prescient he was 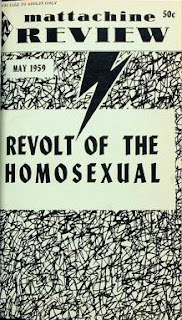 front cover of The Matachine Review, May 1959 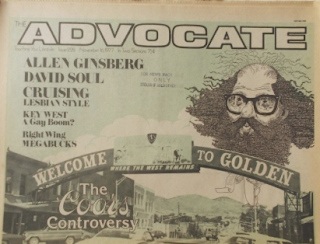 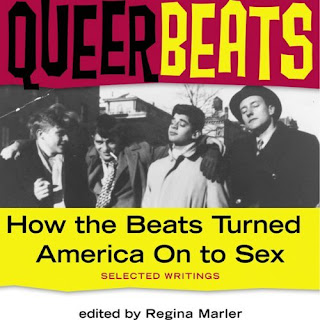