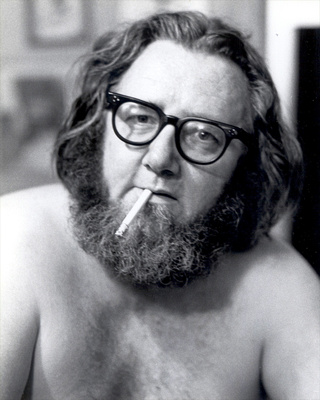 We follow up yesterday’s note with more Berrigan notes  (again, excerpting from Get The Money! )

May 16 1964 – “Went to cocktail party & reading by Ungaretti at Mario Schiffano‘s . Frank and Allen, Leroi, and Barbara also read. Ceravolo was there, & Brodey and Ron and Dick & Aram Saroyan & all the young poets…Meanwhile Thursday the 14th I went to hear Robt, Duncan read at The Poets Theater and then to Diane Di Prima’s where Allen Ginsberg and I had a big talk about Tulsa and Wichita & the “old days”

Allen said he was mostly responsible for Ashbery being published in Big Table. He said sent letters to Paul Carroll…. With lists who of who to publish. He also said he hadn’t “picked up on Burroughs,” but just “had faith in Bill whatever he did”. We talked about Jack Kerouac and Allen asked me if I thought about Jack’s poetry. I told him that I thought Jack’s prose had influenced us all a lot. Allen said Howl and On The Road  had both been written on benzedrine –  I told him my sonnets had been done on desoxyn, we mentioned  Marshall’s “Leave The Word Alone” as another poem done on pills”.

Check out our previous postings on Ted here and here