“All great statements ever made/abide in death/All the magnificent & witty/ rewards of French Lettrism/Abide in death/   All the Roman Sculptor/ of Heroes, all Picassos/ and Micassos and/Macayos/ and/Machados and  K e r o u a c o ‘ s -/    even Asvaghosha’s Glorious Statement/ And Asanga’s and Holy Sayadaw/ and all the good and kind saints/ and the divine unabstractable ones/ the holy and perfect ones/ All Buddhas and Dharmas/All Jesuses and Jerusalems/ And Jordans and How are You’s/ – Nil, none, a dream,/  A bubble pop, a foam snit/ in the immensities of the sea/ at midnight in the dark.”

“All the magnificent & witty/rewards of French Lettrism” – (French Lettrism was a literary school of the late ‘Forties and early ‘Fifties that Carl Solomon, who was around on the scene, was a specialist in) – (to Student – Just grab a chair and pull up) – Lettrism – the chief author of Lettrism was Isidore Isou – I-S-O-U – (who wrote a book called The Aggregation of a Name and of a Messiah (L’Agrégation d’un nom et d’un messie)) – who was a Jewish Surrealist Dadaist Lettrist – and the Lettrist thing was to make use… not make use of mere sounds, but separate poems out into letters and letter-by-letter the poem should be composed – and so some Lettrist poems had no meaning at all – it was just pure sounds made by vowels and letters) 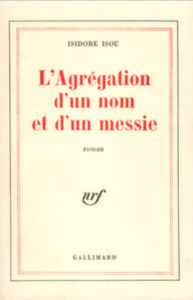 AG:  Well, cummings by isolating letters and words is a Lettrist.  Antonin Artaud, to some extent, is a Lettrist, because certain of his poems are punctuated by sounds, shrieks, cries.  People who write on typewriters and make designs of the page –  like a swan – like John Hollander – that could be a variety of Lettrist, more like concrete poetry, as it’s called.  Lettrist poetry led into concrete poetry where the page was a painting, and that comes out of Apollinaire. 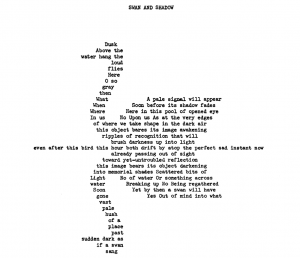 Student:  Way back … who was that guy?  Herbert or somebody that….

But Lettrism itself is an interesting school.  What it was was it went back to Kabbalah.  In cabalistic studies the ancient Hebrew lore and practice was that each letter of the Hebrew alphabet, as some of you know already but for those who don’t, each letter had an assigned number, so that if you had a word, you’d then figure out the numerological meaning of the word, and so it was a mixture of the sound of the alphabet, and then the numerology of it, and correspondences between the aggregate of the numbers contained in the word and celestial phenomena, or recurrent mathematical or arithmetical or human numbered things, like six senses, or the number of hairs on the head, (or the number of God, for instance, is the magic number).  And so Hebrew scholars for centuries poured over the words of the Bible trying to figure out their significance in terms of numerology and the numerological correspondence to different metaphysical or astrological arrangements.  And if you want to know anything about that there’s a book on it that refers to it called Major Trends in Jewish Mysticism by Gershom Scholem, published by Schocken Books, I think.   Well…. 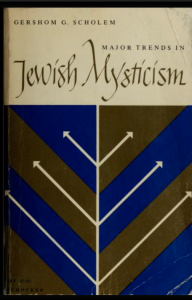 Student:  How did that carry over, though?

AG:  Oh, I was telling you about Lettrism –  “All the magnificent & witty/rewards of French Lettrism.” –   I just drop in, also, extra information on the way for your general education –  French Lettrism.  Now you might understand the title of Isidore Isou’s great famous Lettrist Manifesto,  The Aggregation of a Name and a Messiah –  Isou being Jewish.  So he was taking to (the) modern 20th century French witty intelligent literary (scene) some of the old traditions of numerological Cabalism.  And so he said,  The Aggregation of a Name and a Messiah (which is now, I believe, published in English).

Carl Solomon had a copy of that in French in the bughouse that we shared in 1949, and talked to Kerouac about it.  That’s where Kerouac gets his idea of the “witty reward” – “the magnificent & witty/rewards of French Lettrism” –  He’s putting it down.  He’s talking about it in very sophisticated way but … not disdainful but blase.  “All the magnificent & witty/rewards of French Lettrism.”  He’s being appreciative but a little blase about it.

Student:  Allen, who’s the author of Major Trends in Jewish Mysticism ?
AG:  Gershom Sholom – G-E-R-S-H-O-M.
Student:  Great.  Say that again?
AG:  Gershom – G-E-R-S-H-O-M. I think it’s S-C-H-O-L-E-M.  S-C-H or S-H.  It’s a very good book as a handbook, if anybody’s interested in that area.  A handbook to the historical development of all the different Hebrew Gnostic and Kabalistic practices and texts.  It’s a survey through history from Christian times on to the present, I think, ending up with a guy named “the False Messiah” of the 19th century [Editorial note – actually the 17th Century] Poland who, like (Arthur) Rimbaud, declared himself God and gathered millions throughout Central Europe in the Jewish shtetls, or ghettos, and then went to the Holy Land and was captured by the Turks I think, or the Egyptians, and told he’d have his head chopped off or he could renounce the fact that he was God.  So he renounced the fact that he was God.  And about ten million Jews in Central Europe started weeping and saying, “Well, maybe he is God because he renounced he was God” – or “maybe he’s not God, because he renounced it.”  So it’s still a big mysterious problem in Jewish history.

And Scholem also has a whole book on this guy (Sabbatai Sevi – The Mystical Messiah) –  Sabbatai Sevi his name was –  the False Messiah, as he was called. 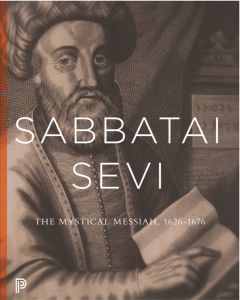 “All the magnificent & witty/rewards of French Lettrism/ Abide in death/  All the Roman Sculptor/of Heroes, all Picassos…”

Then he’s got, – “and Micassos and/Macayos/and/Machados..” – (What painter is he talking about beside Picasso? –  Does anybody know Mexican painting? –  Rufino Tamayo) – “…all Picassos/ and Micassos and/Macayos/ and/Machados..” – (Antonio Machado is a early 20th century Spanish poet, and Rufino Tamayo is a very popular Mexican painter.  (to Students) Has anybody seen Tamayo painting?  What?  Nobody’s ever seen painting….

Peter Orlovsky:  (He paints) eggs, or something (like) that….?

AG:  Ah, he’s famous for his paintings of bright, bright red, red, red watermelons with little black seeds in them – like big moon slices.  Everybody seen those?  Yeah.  Anybody else?  Never heard of Tamayo?  He’s one of the world’s great 20th-century American-continent painters. 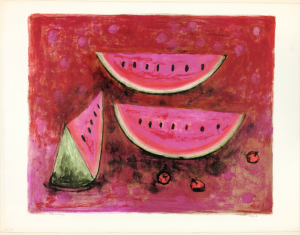 Student:  He “abides in death.”
AG:  Huh?
Student:  Oh, nothing.
AG:  He “abides in death.”  Well, apparently, you can see it’s already accomplished.  At that time every middle class liberal couple (or) Socialist couple had a Tamayo painting up on their wall of the watermelons, back in the Fifties.  It was like having a Picasso or what would it be like nowadays? –  having an (Andy) Warhol (or a) Marilyn Monroe or something like that. 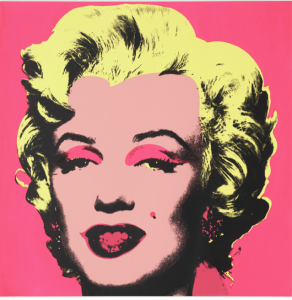 So he just said, “Micassos and/Macayos.”  He’s just making up babble sounds, but always underneath related there’s a reference.

“Asvaghosha” (and) “Asanga” are early second century A.D. Buddhist philosophers talking about the fact that there is no permanent existence and that the world is delusion, or illusion which can be delusion if you push it too hard and try and grab on it.

“All Buddhas and Dharmas,” (and then he also says “All Jesuses and Jerusalems” – so he includes the Catholics, includes the Christians) –  “And Jordans and How are You’s – ” -(like all the “How are You’s”) – “All Buddhas and Dharmas/ All Jesuses and Jerusalems/ And Jordans and How are You’s” – (I mean, whoever’s listening, whatever preoccupation, or obsession, or fixation, or heaven, you got)

“- Nil, none, a dream,/A bubble pop, a foam snit” – (The “snit” is amazing) – “in the immensities of the sea/at midnight in the dark” – (I think that’s as good as Shakespeare, those last lines – “in the immensities of the sea/ at midnight in the dark” – Because it’s really totally vivid about where you’re finally at on the death bed)