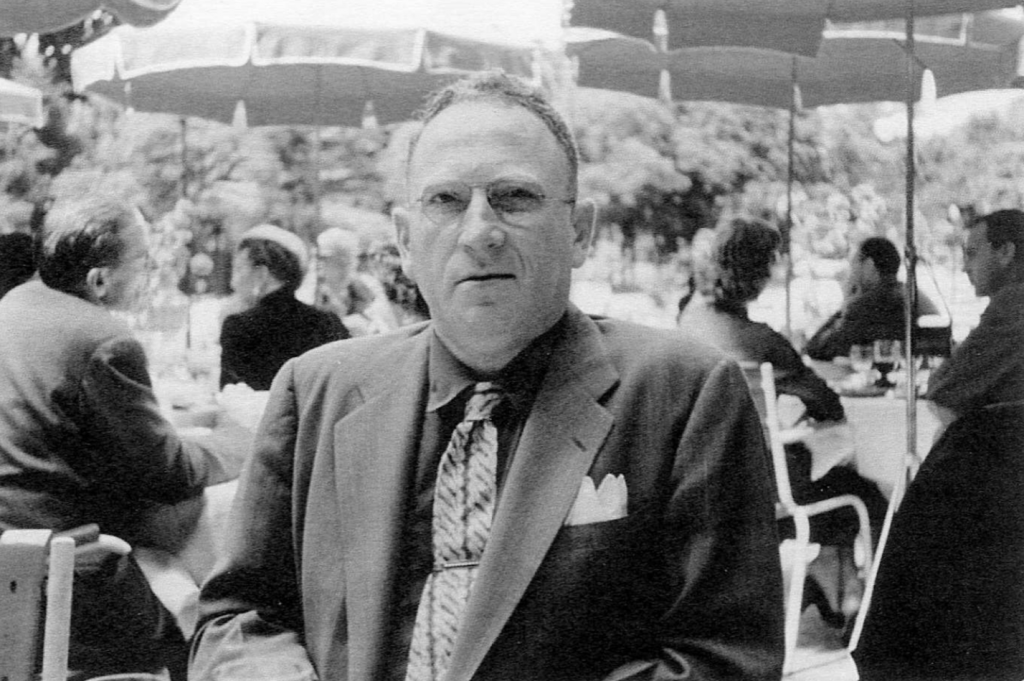 Here’s Allen, writing many years later (August, 1968) – “I keep meeting  ex-students of yours who all speak of you tenderly. It seems to me (seemed then) that you were really helpful in sympathy to our literary desires & ken, that was an encouraging tradition of humane curiosity toward us that you displayed. At least I got the feeling of an old secret tradition, maybe connected with the Wolfe memorabilia you showed Jack”

and Jack, contemporaneously (June, 1949) – “I’m eager to see you again and learn further things from you and from your marvelous collection of great works. In your one apartment all the Royal Guts themselves. And those pleasant evenings are matchless”

Barbara Phillips, Lenrow’s neice, for the record, writes:
“(I)n the fall of 1948..Kerouac registers for his class, “The 20th Century Novel in America” at the New School. He was taking advantage of the G.I. Bill for Veterans. And he has a friend, Ginsberg, who often meets him after class. Elbert was a generation older than these two young men and what a change they were from his usual Fieldston students. they were bright, full of ideas about life and writing, had other interesting young friends, and their activities seemed unbounded by social restrictions, implied or overt, that may have existed for Elbert when he was their age.”
“I think Elbert admired their depth of knowledge”, she goes on, “and their fierce pursuit of their writing. He encouraged their efforts and ideas without..being judgmental”

Phillips’ observations are included in Lenrow’s belatedly-published memoir – Kerouac Ascending – Memorabilia of the Decade of On The Road, (that “memorabilia” possibly reflecting/complimenting his Wolfe “memorabilia) 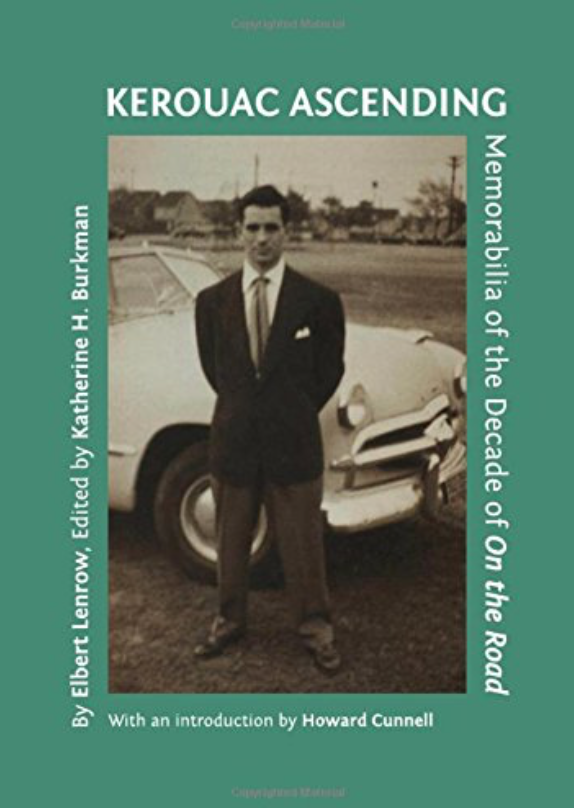 Here’s a few examples from it (Allen would often be responding to Lenrow on specific questions) : 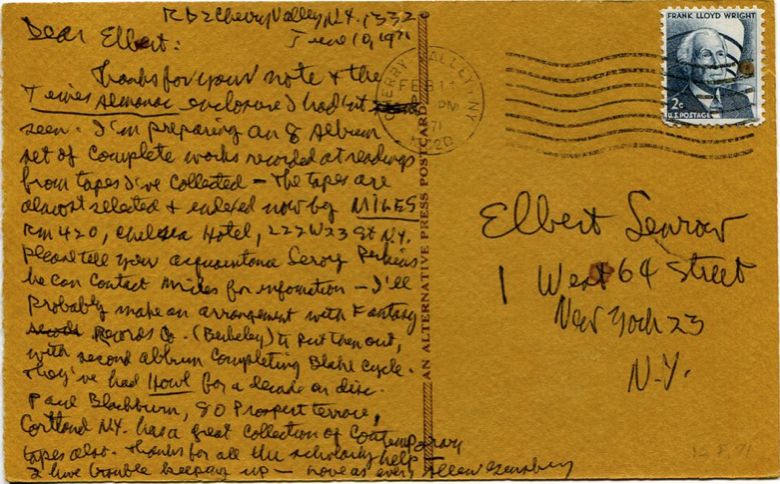 “Dear Elbert: Thanks for your note and the Times Almanac enclosure I hadn’t seen. I’m preparing an 8 Album. set of complete works recorded at readings from tapes I’ve collected – the tapes are almost selected & indexed now by MILES Rm 420, Chelsea Hotel, 22 23 st N Y. Please tell your acquaintance…he can contact Miles for information – I’ll probably make an arrangement with Fantasy Records Co (Berkeley) to put them out, with second album completing Blake cycle. They’ve had “Howl” for a decade on disc. Paul Blackburn, 80 Prospect Terrace, Cortland, NY has a great collection of contemporary tapes also. Thanks for all the scholarly help – I have trouble keeping up. Love as ever, Allen Ginsberg”

(all this long before Holy Soul Jelly Roll,  First Blues, or Songs of Innocence and Experience) 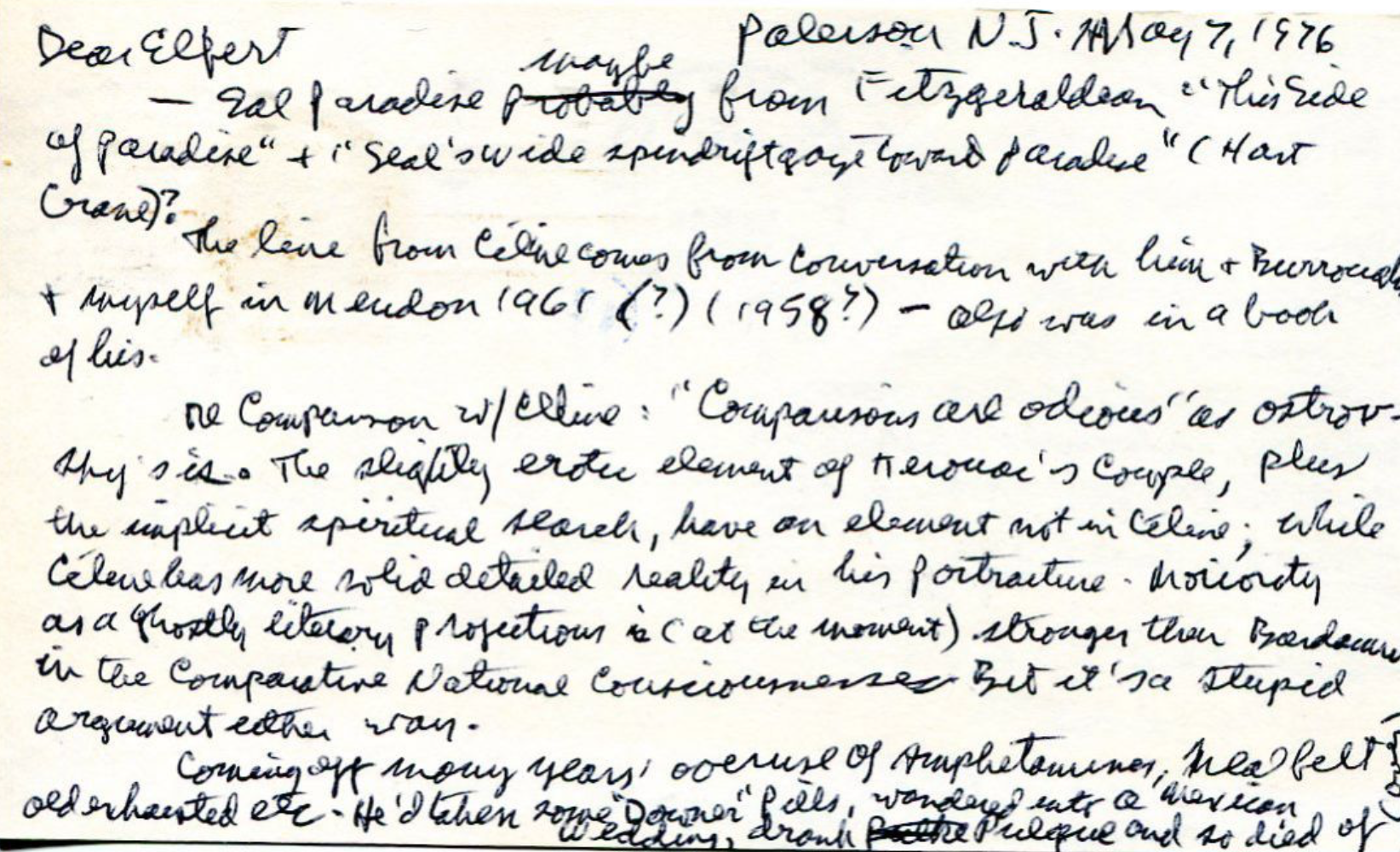 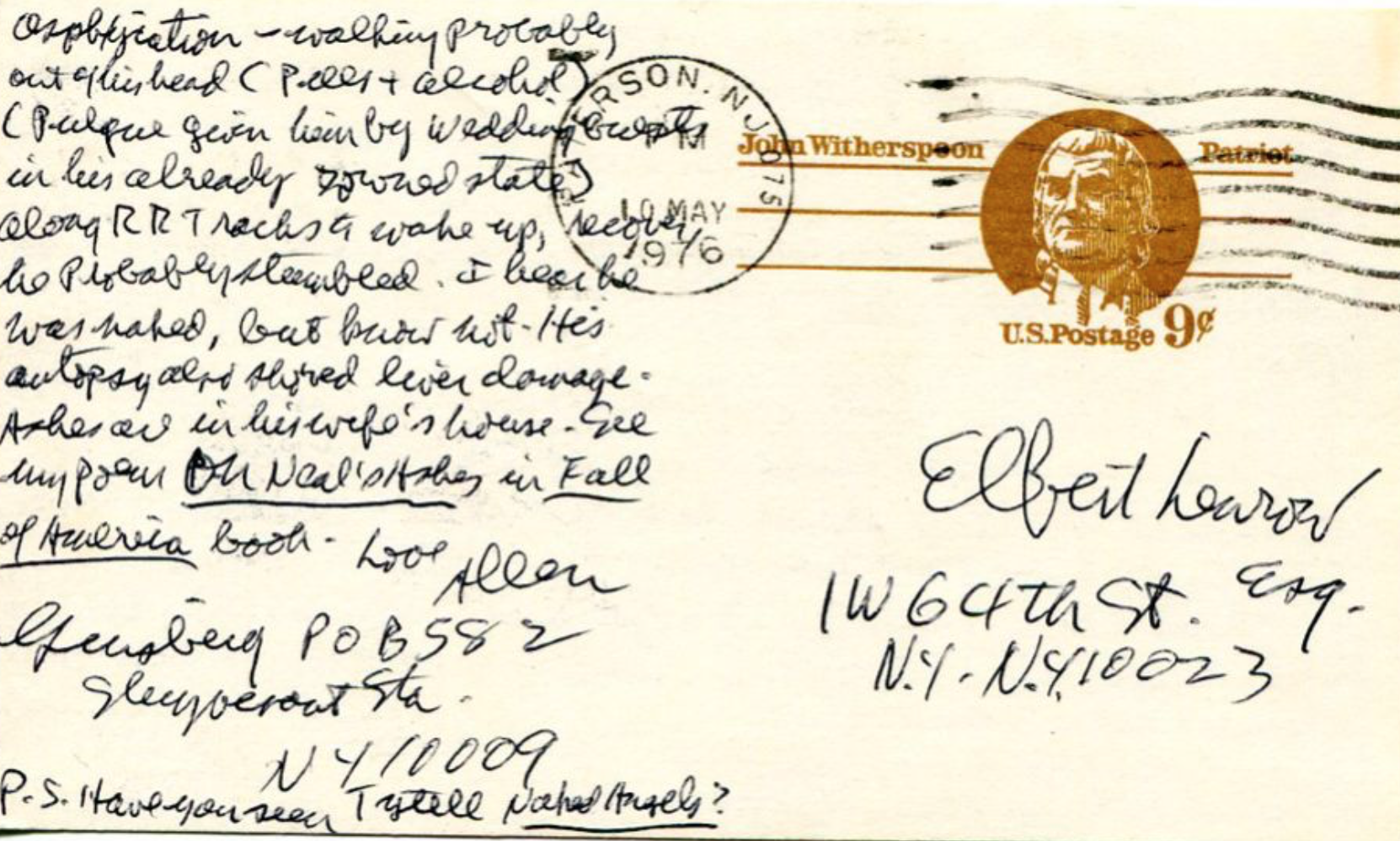 Dear Elbert – Sal Paradise maybe from Fitzgeraldean “This Side of Paradise” & “Sal’s wide spindriftgaze towards paradise” (Hart Crane?).  – The line from Céline comes from conversation with him & Burroughs & myself in Meudon 1961 (?) (1958?) – also was in a book of his – Re comparison with Céline: “Comparisons are odious” as Ostrovsky’s is. The slightly erotic element of Kerouac’s couple, plus the implicit spiritual search have an element not in Céline: while Céline has more solid detailed reality in his portraiture. Moriarty as a ghostly literary projection  is (at the moment) stronger than Bardamu in the Comparative National Consciousness. But it’s a stupid argument either way –

Coming off many years overuse of amphetamines, Neal felt old, exhausted etc. He’d taken some “Downer” pills, wandered into a Mexican wedding, drank pulque and so died of asphyxiation-walking probably out of his head (pills and alcohol) (pulque given him by wedding guests in his already downed state) along RR tracks to wake up, recover, he probably stumbled. I hear he was naked, but know not. His autopsy also showed liver disease. Ashes are in his waif’s house. See my poem “On Neal’s Ashes” in Fall of America book – Love Allen – P.S. Have you seen Tytell Naked Angels?” 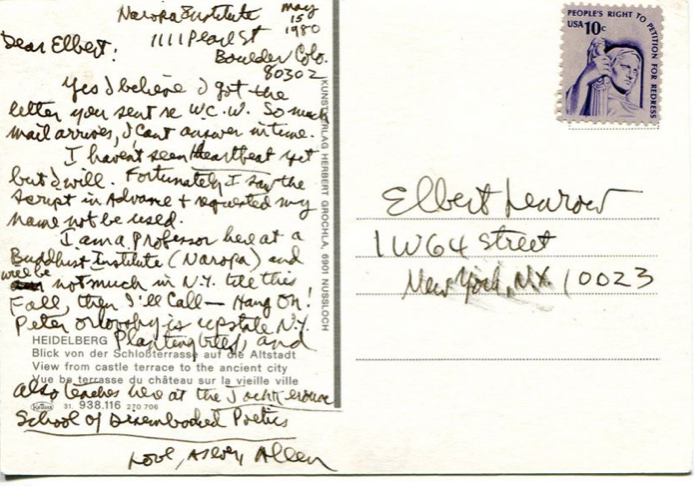 Dear Elbert, Yes I believe I got the letter you sent re W.C.W.  So much mail arrives I can’t answer in time. I haven’t seen Heartbeat (sic) yet but I will. Fortunately I saw the script in advance  & requested my name not be used. I am. professor here at a Buddhist Institute (Naropa) and will be not much in N.Y till this Fall, then I’ll call – Hang on! Peter Orlovsky is upstate N.Y. planting trees and also teaches here at the Jack Kerouac School of Disembodied Poetics”