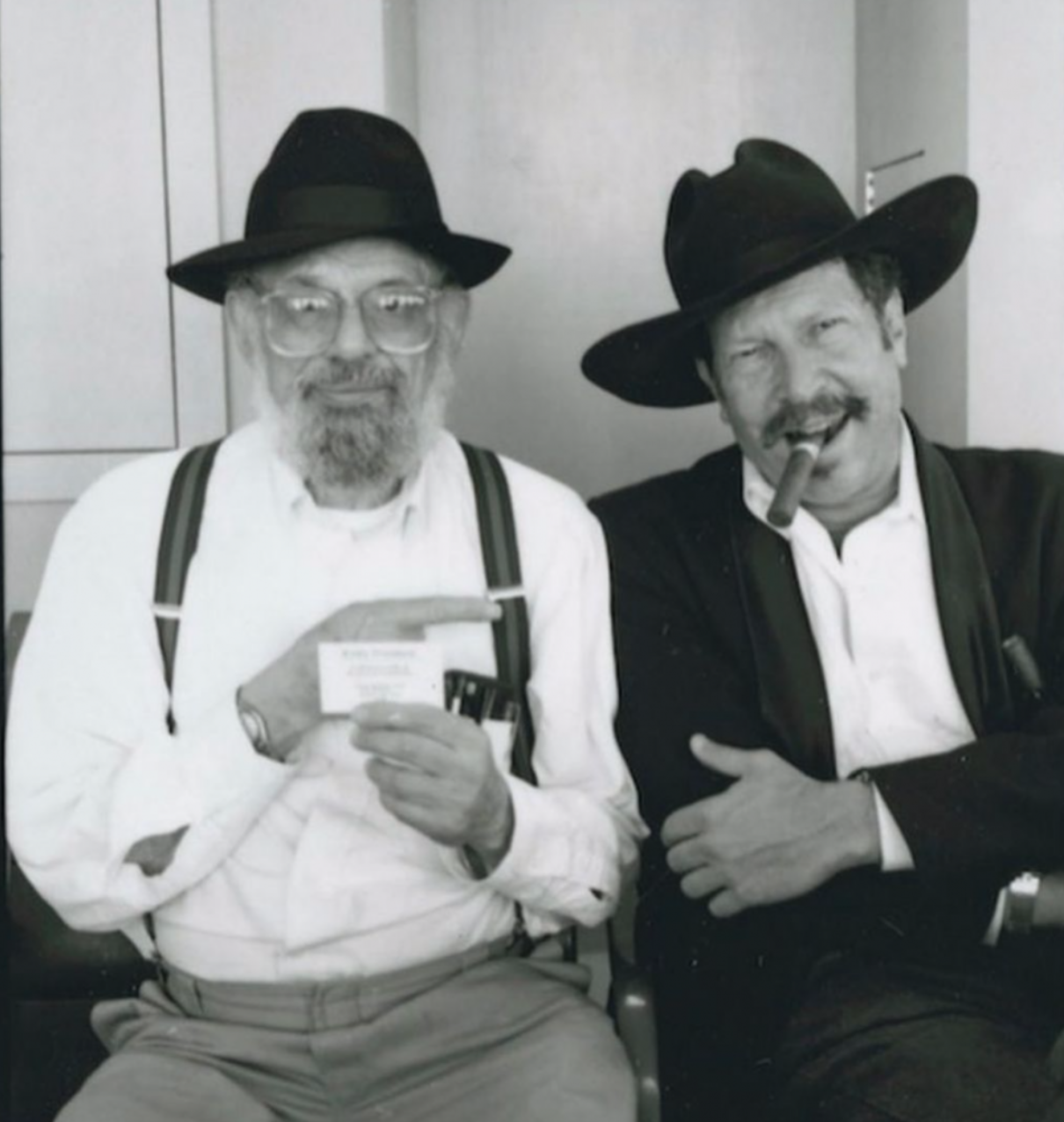 Kinky Friedman and Allen Ginsberg, Airport in Austin, Texas, April 13, 1996 – (photo snapped by Steven Taylor).  “Flight cancelled, Steven and Allen declined an invitation to go back to Kinky’s ranch to wait out the storm, hoping to catch the next flight out”.  Photo courtesy Stanford University / Allen Ginsberg Estate

“I believe in passionately interweaving your life and your work, like Allen Ginsberg or Willie Nelson. … Every poem Ginsberg wrote may not have been great. But his spirit was.”

“Hey Kinky doesn’t understand me. He’s been in Texas too long. I told him he ought to live with Allen Ginsberg for a year, that’ll straighten him out”. (Bob Dylan quoted in Larry Sloman’s On The Road with Bob Dylan)” 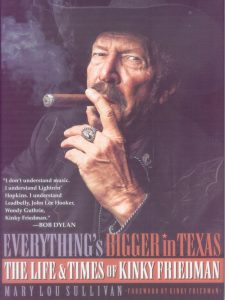 Unapologetically “politically incorrect” (that’s part of Kinky’s schtick) – he was also provocatively and politically informed (that’s why Allen loved him). How could you not like the author of such classics as “Arsehole From El Paso” and “They Ain’t Making Jews Like Jesus Anymore” ? –

Kinky famously ran for Governor of Texas in 2006,  one of two independent candidates in the race. Here‘s interview footage from that time – and here and here
– and here‘s his then campaign message 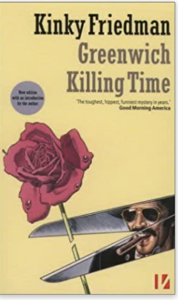 Here’s a list of his books in chronological order

Here’s (from the end of last year). Kinky Friedman – A Brief Portrait