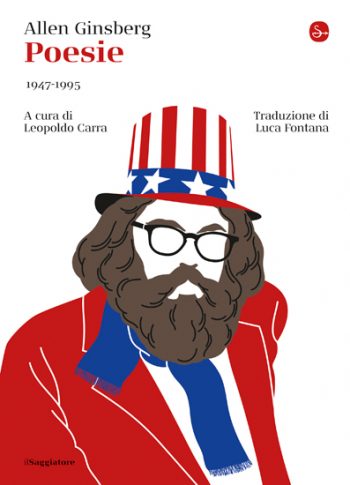 So, the Selected Poems makes it to a glorious Italian translation. That volume, as the publishers note, was (with “a little help from his friends, with initial consultation) very much a selection made by Allen himself of his best and most representative works – “Questa grande e definitiva autoantologia non è .. un libro postumo, un monumento al passato, ma un libro vivo, una vita in versi”  (“This large and definitive auto-anthology is not a posthumous book, a monument to the past but a living book, a life in verse”) 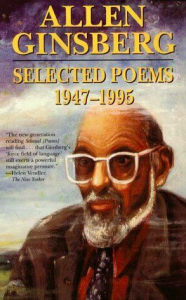 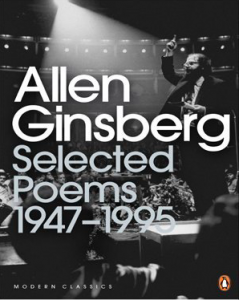 Allen in Italy with Il Saggiatore is in very good hands. We draw your attention to their wide range of titles – see here   We also note Luca Fontana‘s sensitive and adept translations (updating the sterling, pioneering, work of Fernanda Pivano).  More up-dates and reports of Allen-in-translation to come. 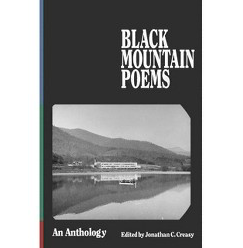 Tomorrow night  at The Spectacle Theater in Brooklyn – Bob Kaufman‘s Film Rarities – an unseen 1974 reading by Kaufman recently restored, plus films, footage, and outtakes of the poet dating from the years 1959 through 1979. The evening will also feature poet and publisher Kaye McDonough discussing Kaufman and reading from her own 70s and 80s North Beach (San Francisco) diaries. The evening will be hosted by Raymond Foye

Writer-photographer Thomas Slatin has a sweet childhood memory – “After Allen had spent decades being hounded by fans in New York City”, he recalls, “(he) told me to ‘see what happens” (at an upstate New York diner) when the waitress stopped by their table to take the order”..”The waitress comes over..,and looks directly at Allen.. and says, ‘Are you ready to order?,” to which he replies, “I don’t believe we met, my name is Allen Ginsberg.” The waitress fakes a smile a bit and says “Nice to meet you Allen. Sooo, Are you ready to order?.” Allen ordered his usual, looked over at Slatin, (he remembers) and said, “See, in the middle of Upstate New York, nobody really recognizes famous people, sometimes being unknown is a very welcome change.”

Bob Rosenthal on “Our Allen” has a postscript to that – ” I remember the waitress at the 2nd Ave Deli who spouted bad rhyming couplets to him as he smiled and bore it – waiting to order.”

Slatin again:  “Allen Ginsberg was a great friend of my family, and he taught me a lot about life, and above all else he taught me, to constantly question things, to think for myself and make my own decisions. One thing he did say to me in the early ’90’s was to, “Never let anyone else do your thinking for you”…I will never forget that.”

“Ultra-runner” Todd Aydelotte – remember him? –  is presently deep in the heart of planning his “Howl UltraRun” (a Ginsberg-biograpical-historical running-marathon) – It’ll take place on December 16th and 17th –  a singular, unique and, what promises to be, quite extraordinary event.   Check out his Instagram account –  here –  for (already) plenty interesting information and background details.

“The Howl UltraRun”  is conceived as ” a solo, 90-mile run through the streets of New York City and New Jersey, which will trace key moments in Allen Ginsberg’s life and the life of  the Beat Generation.” As he runs, Todd will loop audio clips of Allen reading “Howl” and of him chanting the Padmasambhava mantra,  in an attempt to plunge himself into a moving meditative state that the poet himself would most certainly have appreciated. He’ll start in Newark at the Gomel Chesed Cemetery, (where one third of Allen’s ashes were deposited alongside his father), before running 24 miles to Greystone, the psychiatric hospital (where Naomi, his mother, was sent), then 24 more miles to three spots in Paterson, where Allen grew up. Then,  over the George Washington Bridge  to visit key Beat sights throughout Columbia, Harlem, Times Square and downtown NYC (finishing up at the Allen Ginsberg Estate’s downtown New York office).  More about “The Howl UltraRun”  and Todd’s specific itinerary next week.