Allen Ginsberg and Gregory Corso in conversation  continues from here

GC: What do you think of this guy Robert Duncan who died. He was a man who was very aware of himself as poète romantique

GC: ..with his velvet suit and his delicacies and all that, Robert Duncan

AG: A sense of devotion, like it’s an old feminine devotion.

AG: I remember a funny thing that you.. when.. back in 1959, when Evergreen Review was beginning and Don Allen was putting the New American Poetry anthology together, I was talking with Frank O’Hara at his house and O”Hara said,  “Now, I get this letter from Robert Duncan which is just like, sort of, an over-intimate letter from Robert, which is..

AG: No, they hadn’t met each other… 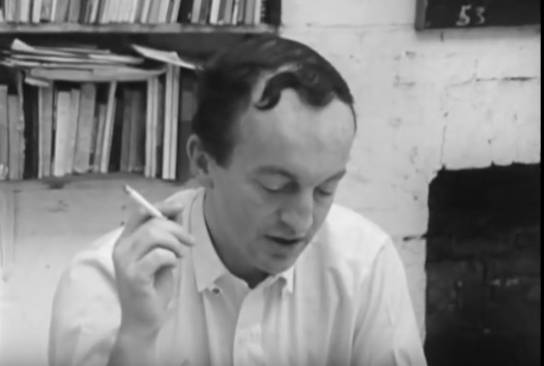 They have this power-head shot, right?  Yeah –  That’s what I feel about this guy Kenneth Koch, in a way. You know when they gave me the $5000 at that school.. what’s it called? – the arts academy ?

GC He was there, right. He was there for the dinner, and so I said hello to him. And he (says) “Can you imagine (that) Gregory Corso does dare come up and say hello to me ?”

AG: Did he say that?

AG: Are you sure?

AG: He wasn’t kidding you?

GC: No, he said that to people.

AG: But you’re an old friend of his.

AG: Well, you’ve known him for a long time.

AG: He likes your poetry.

GC: I don’t care he liked my poetry. I’ve know’d him – but I had said something, I read it in a magazine, where he was.. (you wrote the letter, in fact).. of all the people who are nominated to join that club, the American Academy?

GC: And you told me who you had nominated, and he was up on the list, and he wasn’t, he was not one of the ones nominated. So I wrote back I said, “great, because that man is too ambitious, he wants very much to be nominated!”

AG: I think he’s been nominated.

GC: Well then good, good for him,  but I think he took that to heart what I said, you know, ambition, so he doesn’t like me after that.

AG: But he’s been nominated , in the past few years, and..

GC: That’s what I’m talking about, He’s not in, right? 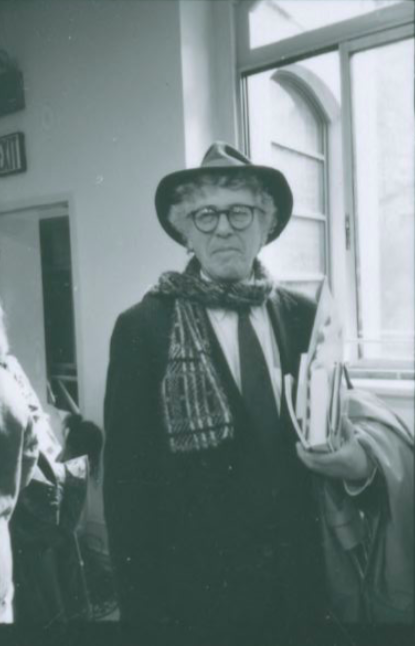 [Editorial note – Kenneth Koch was inducted, in 1996, seven years after this conversation, into the American Academy of Arts and Letters]