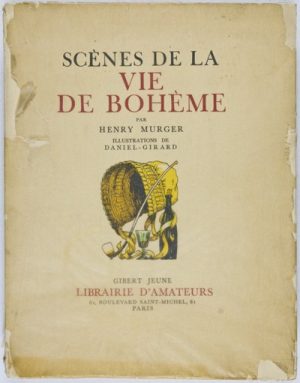 AG: I think we are on the eve of some general mass awakening..

OR: …which means that within our generation that change will actually come

AG: I think an inkling of the change. But to unbuild physical environment and rebuild it in another way it will take centuries and centuries, as long as it took to build it. Like that – “Walking on water wasn’t built in a day” (Jack Kerouac). I once met Marshall McLuhan with Ram Dass, and I hadn’t read his books very carefully, so I asked him could he please explain what the central perception was, and he said “We are building around us a teaching machine by the physical plant that we have created (skyscrapers and cities and electronic communication) and we don’t know how it is affecting the ratio of our senses”. Literally, we are losing (the) sense of smell and more brain-areas are developing as visual. So I asked him, “What do you think should be done?”  He said, “Just stop everything, until…”  you know, meditate..

OR: Enough is enough.

AG: Well, no, not stop everything forever, stop everything long enough to take the slow time to examine where we’re at, what we have done, what the effect is on us, what we can do, how we can turn it to advantage, or how we can avoid disadvantage, and how we can develop in a direction which at least won’t destroy us (which is what I think, also, individuals should do in the practice of meditation..I think is just that)

OR: Hmm – because I sometimes just wonder what the effect is of all these digital things when it comes to our ability to understanding abstract things?

AG: It might turn out to improve the whole scene by making people so simple-minded that they can only deal with a few numbers or touch things and put their attention back to sensory input. It might be a blessing in disguise! (laughter)…people forgetting mathematical and philosophical abstraction..won’t know how to think anymore, so their minds at rest will begin to smell the air around them, smell the brimstone in the sky! – Who knows, anyhow..

OR: But maybe all these sort of wandering persons like yourself are our cult who is building up a new library or something? ..I don’t know..

AG: I don’t know what I’m doing actually (laughter)…and I never have. so I just do what’s in front of my nose.

OR: Yes, but there has to be people in the system who are outside the system.

AG: There always have been – the old bohemian tradition, the greatest tradition, I think. . the Bohemians, you know, that are always fucking with their eyes open (laughter)…

OR: Yes, but the question is, whether these persons are necessary for that system to survive?

AG: Well, if they help the system to survive, or they help the system change, or they destroy the system, who knows?  But I think they’re just sort of catalysts for some sort of change. (Percy Bysshe) Shelley said, “Poets are the unacknowledged legislators of the world”, (and it’s not inaccurate, actually, because the world is, at this moment, dominated by abstraction and language) This is what (William) Burroughs is interested in, the cut-up of phrasing and sentences and recombination by chance, as with the I Ching, to see what extensions could be made without our intervention.  And Abbie Hoffman pointed out that all politics is theatre, manipulation of emotion and mind. And he had that slogan.. (there was an old slogan,”You have no right to shout fire in a crowded theatre”), he said, “We have no right to shout theatre in a crowded fire!” – (Free speech is the right to shout “Theater!” in a crowded fire”) (laughter)

A: That’s why I like him…because he has a sense of humor… resistant as he is to meditation and quietness, there is some kind of vitality and intelligence in him, and he lands on his feet rather than destroying himself in creating a mess. He gets in trouble, but he gets out of trouble. And he had a funny experience of non-ego when he had to change his entire appearance and personality and behavior and name even and live another life, which was a lesson in mindfulness. So without wanting to meditate, Abbie Hoffman got into some kind of strange sadhana ..you know that word? … when you go through mental and verbal routine to direct the mind toward the guru, (or toward empty mind, or non-abstraction, non-ego thought)

OR: Did you get any sort of cultural shock when you came back from India?

OR: You just went straight to New York and…

AG: No! – First thing I did was started singing Hare Krishna at a poetry reading (laughter)..and started working with breath.. like my original poetry, like “Howl” or “Kaddish” is based on breath, or awareness of breath and use of long breath. And the mantra chanting seemed to me a way of measuring breath and becoming mindful of breath, and I think that’s what it’s used for, really.

OR: Getting aware of your body?

AG: Aware of body…but through the medium of becoming conscious of your breathing, joining the voluntary and involuntary nervous systems. So I was interested in mantra from a poetic point of view and from a psychological point of view. So I began singing and that’s what led me to music. I wouldn’t be singing rock n roll if I hadn’t started singing “Hari Om Name Shivaya”. (laughter)…I consider that like sacred breath. And then (William) Blake that I did in (19)68, I consider sacred poetry (or sacramental, if “sacred” is too romantic a word)