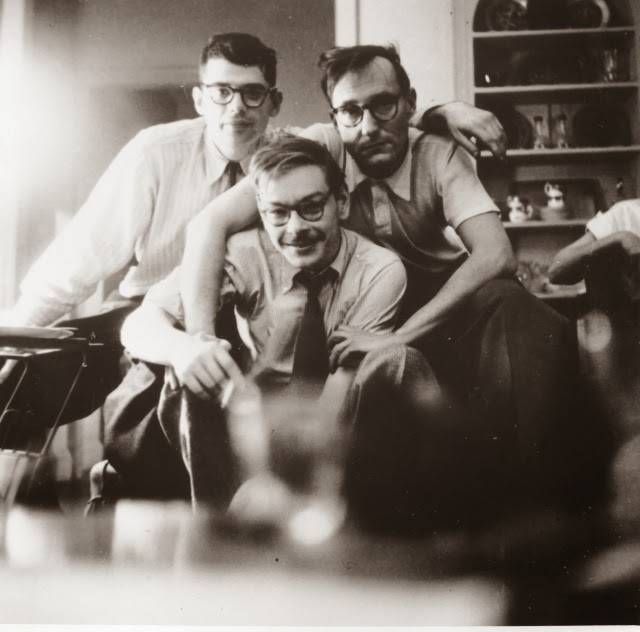 Ann Douglas‘  rapturous New York Times review of The Best Minds of My Generation – “Professor Ginsberg’s Notes on the Beats”  leads off this Friday’s Round-Up  – “In a marvelous feat of editing and reorganization, Bill Morgan, Ginsberg’s longtime bibliographer, biographer and friend, has condensed the 100 or so lectures Ginsberg gave in the five courses he taught on the Beat Generation between 1977 and 1994, totaling almost 2,000 pages of transcripts, into a compact and often spellbinding text, preserving intact the story of the literary movement Ginsberg led, promoted and never ceased to embody”, she writes. And goes on,  “Morgan has organized the lectures around the major figures Ginsberg covers:  (Jack) Kerouac, William S. Burroughs, Gregory Corso and, too sparingly, himself.,,,, His habit was to read long excerpts from each author’s work, then comment and riff on them, making “The Best Minds..” a kind of annotated anthology put together by an erudite genius of encyclopedic recall, operating what he terms, borrowing from Kerouac, a “love check” on his comrades-in-arms.” 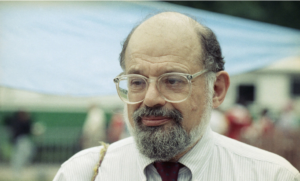 “They don’t look countercultural cliche-dramatic, they don’t have beatnik berets or bongos. You wouldn’t look at them twice in New York City, but there’s still something subtly off about them. I think it’s that plethora of pens in Ginsberg’s untucked shirt.”

“American Pieces“. (that’s an English version of its title) – The Tehran Times reports:          “A selection of American poet and writer Allen Ginsberg’s haiku(s), poems and quotes has recently been published in Persian”.  The editor is the prolific translator and scholar Farid Qadami. The book appears from Fasl-e Panjom Publications 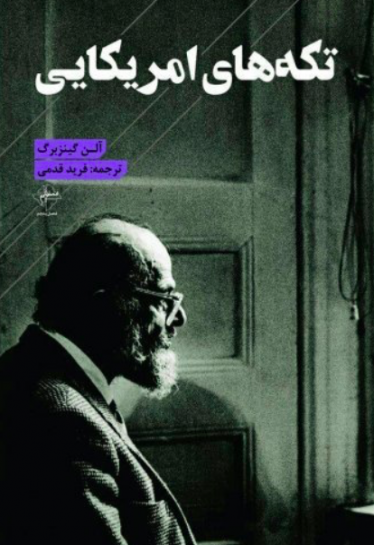 Shepard’s Beat credentials (heck, all of his credentials!) were impeccable. As a member of that legendary entourage (one of the youngest members, in fact, of the group), The Rolling Thunder Revue, in 1975, he spent “quality time” with Bob Dylan and Allen.  His 1976 Rolling Thunder Logbook is another “lost classic”, a “must-read”.     Ken Regan‘s remarkable photographs accompany his text. For sheer iconic power, it’s hard to beat this one – Sam Shepard and Allen and Dylan in Lowell, Massachusetts, visiting Jack Kerouac’s grave: 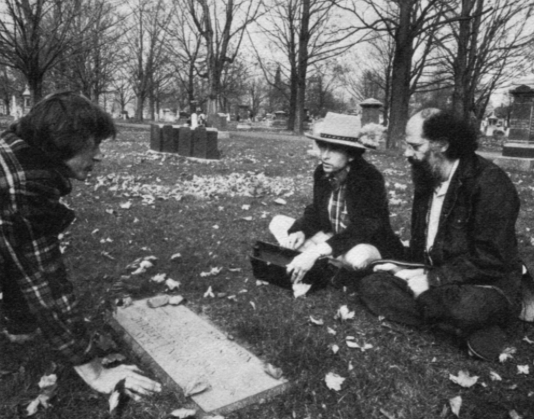 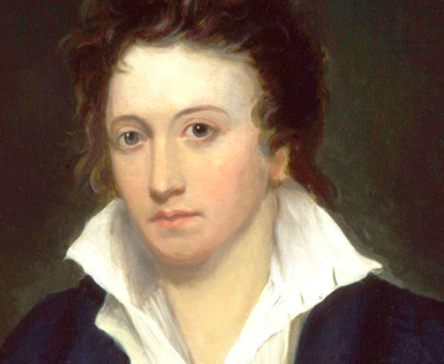