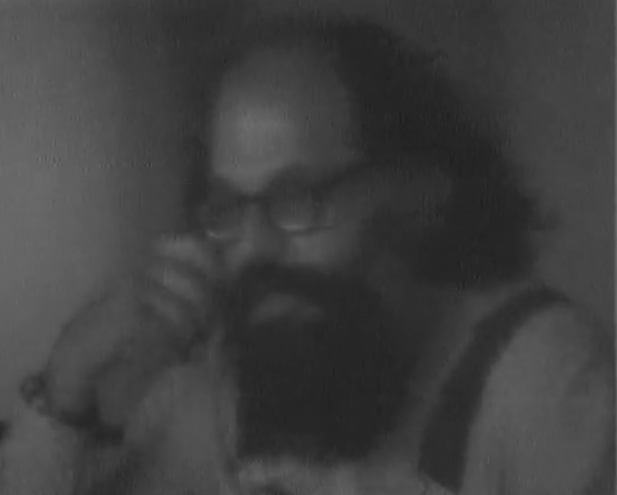 We featured here last week, Allen’s interview in 1973 in Scottish International. Featured today is a companion piece from The Glasgow Review  (drawing from the same press conference).  The piece was initially titled “Of Burns and Watergate” (referring to the two main topics).

Interviewer; What do you think of the present state of the Watergate affair?

AG: Well what the underground both in America and England have been saying for a long time now has become accepted currency in the minds of the above-ground, middle-class media. The specific conceptions that are now accepted is that there is a strong tendency by law-and-order loudmouths, by politicians taking advantage of the law-and-order signaling to create conditions of police-state or police bureaucracy by using that law-and-order terminology. And that such people who do that generally are scoundrels and criminals who are hiding something…now that’s something that was sort of accepted by the underground newspapers or in poetry or in the arts, that was taken for granted. I mean, in the arts all politicians are assumed to be corrupt. And that’s just an old programme But applied quite literally in the American context it implies that there is some working relationship between the CIA and organized crime that peddles dope. It means that there is some working relationship between the White House and the mafia as one would…as anyone who reads the newspapers would conclude from noticing (Richard) Nixon’s relations with Jimmy Hoffa, Nixon’s relations with (Frank) Fitzsimmons, his union friend who was connected to mafia people, and Nixon’s background with “Bebe” Rebozo and real estate deals in Miami long time back. All that sort of paranoia would be taken for granted in the underground, and in poetry, and in artistic circles – not as paranoia, but just simply as the normal order of things. That is now accepted by the above-ground, by the middle-class citizens. A sense of very deep criminal corruption on the part of the most self-righteous citizens in power. The hypocrisy of the middle-class, which was the contention of both artists and underground for many years is now an acceptable idea, or an idea now proven to the middle-class itself. So that at this point in America  [1973]  we see the Vietnam War itself as a giant Watergate – involving vast corruption,involving construction companies connected with the mafia promoting the war in order to have construction contracts to build large air-bases at Da Nang. Matters of that sort are just beginning to surface.

Interviewer: Have you read any of (Robert) Burns’ poetry ?

AG: I’ve been reading Burns since I was in grammar school. Right now, I’m interested in him…through Bob Dylan. That is, since I’m concerned with fitting words to music now and writing songs, Burns now gets to be an interesting poet. To read and to study. You know…he was a master lyricist for chanting and singing. Most poetry, literary poetry, of the early twentieth century was not even meant to be read aloud. And then only maybe twenty years ago did we begin reading it aloud, chanting it. Then maybe fifteen, ten years ago, did some younger poets like John Lennon or Bob Dylan begin singing, and returning poetry to song. And then, more recently, some middle-aged poets like myself began learniing from the younger people and learning a little bit of music. So there’s been an interchange. And in that vast interchange the spirit of Bobby Burns descends from heaven with a lyre.

Interviewer: Do you think he’s anything at all in common with you. Even just the fact that you’re both very conscious of social injustice and of middle-class hypocrisy?

AG: Obviously that’s a tradition he set forth very clearly in entering English literary society with a provincial tongue to begin with. With the Scots tongue. This is something that (Hugh) MacDiarmid is also very conscious of. But it’s something that as an American poet…we have a sort of parallel party line. Our struggle in America was to free ourselves from the literary English tongue and  speak American. And to find a prosody that was American. To find a diction that was American, And that was the role of one of my teachers and one of our greater poets, William Carlos Williams…to compose poems out of the words of the actual speech he heard around him in Paterson, New Jersey, and in Rutherford, New Jersey. So we had a similar problem of articulating ourselves in our own…  There’s a sort of natural affinity beteeen the social protest – protest, pro-attestation, social propositions – put forth by the radical American poets, from the turn of the century on – including (William Carlos) Williams and (Ezra) Pound – an affinity to people like MacDiarmid, who also, speaking their own tongue..speaking their own mind because recovering their own tongue….then had to free themselves from the authoritarian, hypnotic, mystifying  influence of a heavy mother culture that was exploiting, say, Scotland. And (Robert) Burns obviously was one of the fathers of that revolt against fixed authority and exploitation. 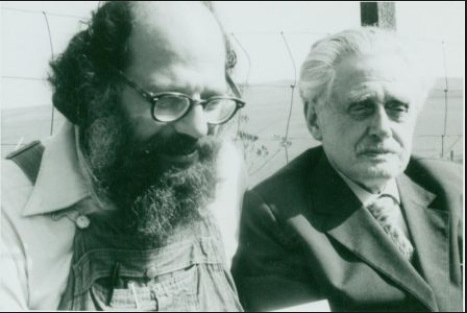 Interviewer: Do you think its freer here?

AG: Here?  Oddly enough, no…  as of a month ago, we had pretty much total freedom to write and publish and picture what we wanted, with the difficulty that we might get busted by the police for dope or set up in some other way. The whole Watergate thing – like the White House might send a band of fairies to seduce us in a men’s room – I think that was Gordon Liddy‘s proposition. That kind of secret police state paranoia thing we had to deal with, but as far as the law on speech we were completely protected. Until just a month ago, the Supreme Court – appointed by Nixon – began re-imposing censorship. In the form of a decision saying that the localities… as here in Britain I think, localities had the right to decide what was dirty and what was not . Which immediately threw the whole…. We’d spend like twenty years resolving all the legal problems, finally attaining more or less complete freedom, and that freedom was very effective politically. That’s re-imposed now.

Going back to what you asked about Watergate. Actually, in a sense, Watergate doesn’t mean anything, because while everybody’s consciousness is occupied by Watergate, the bombing in Cambodia has gone on, (and) Congress has accepted the Alaska pipeline, which is as ecologically disasterous as your North Sea oil and as little use to Alaska as your North Sea oil will be to Scotland. 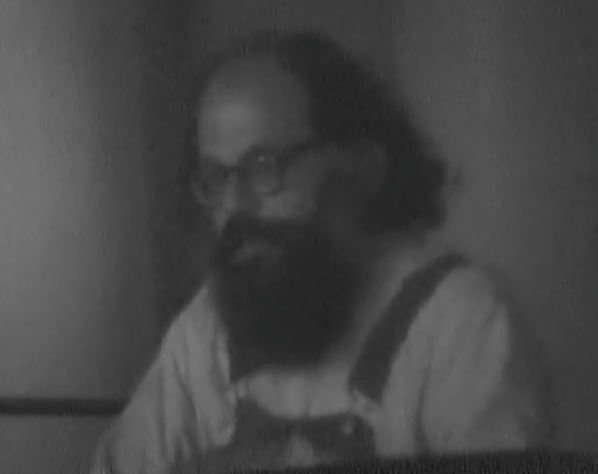 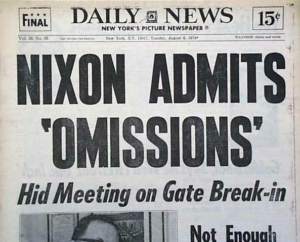