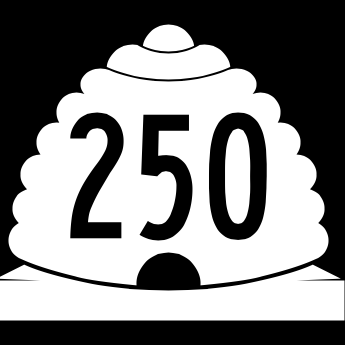 Friday Weekly Round-Up“, a miscellany of Ginsberg and Beat-related news, a regular feature here on the Allen Ginsberg Project (absent these past few weeks) reaches its two-hundred-and-fiftieth today (Out with the birthday cake!)

Our Allen, another essential site for Ginsberg enthusiasts, has been monitoring and keeping track.

Randy Roark has been posting.  For example (on Allen’s response to Jerry Aronson’s definitive The Life and Times of Allen Ginsberg movie) – “He saw a working copy at one point and after it was over said, “So that’s who I am?” 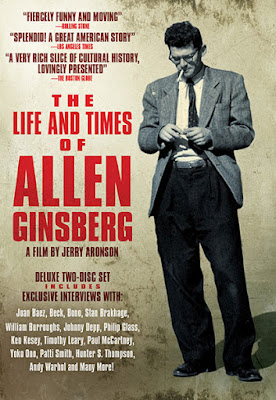 Raymond Foye chimes in – “I watched this film with Allen on tape a few days before he died, just the two of us, sitting on his hospital bed at the loft on 14th Street. It was kind of heavy and also kind of amusing – Allen so true to form, watching a film documentary on himself on his deathbed, essentially”

Jerry Aronson himself responds – “WOW! Actually, I showed Allen the finished film in 1992 when it was really done and he had not watched much of it and I was anxious waiting for his response. When it was over he said: So that’s Allen Ginsberg? And I nervously said, Well? He responded “OK” thank goodness….A year later I was invited to Thanksgiving at Eugene’s house (his brother) in Long Island with the whole family. They had not seen the film so Allen had me bring a copy. To them it was a home movie and they were laughing and talking about how cute they looked. Allen glanced at me and gave me the OK sign. That’s when I knew it was REALLY finished. 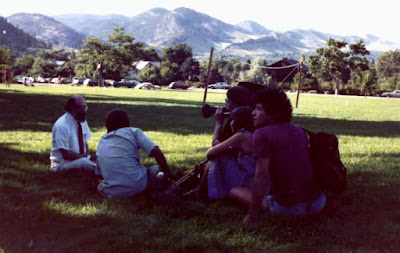 Allen, being interviewed by Jerry Aronson for The Life and Times of Allen Ginsberg, Chautauqua Park, Boulder, July 1982, during the Jack Kerouac 25th Anniversary of On The Road Conference – Photograph by Randy Roark 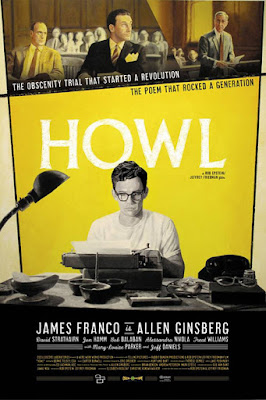 On  American Cinematographer podcast, the cinematographer Edward Lachman speaks with Iain Stasukevich about his work on the 2010 movie version of Howl

On Monday, this coming Monday, (at REDCAT, CalArt’s Downtown Center for Contemporary Arts) the eagerly-awaited US premiere of “And When I Die I Won’t Stay Dead”, Billy Woodberry‘s documentary on the life and times of the great Bob Kaufman 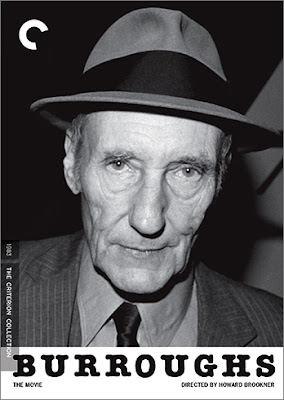 Speaking of Burroughs, did we mention this? – Josef Rauvolf’s two-hour special on Czech radio tomorrow, starting at 9.15 AM (Czech time) – Vitava – That can be listened to here 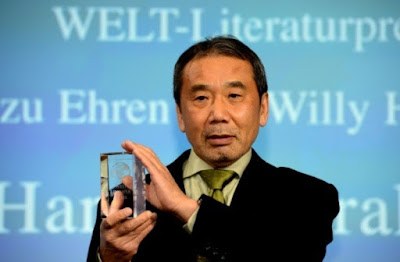 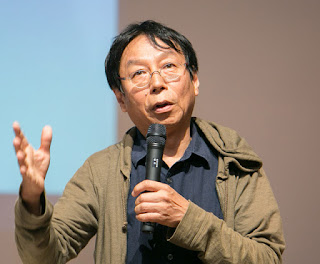 June 22nd (till October the 3rd) – looking forward to the big Beat Generation exhibition,  scheduled for the Centre Pompidou in Paris. 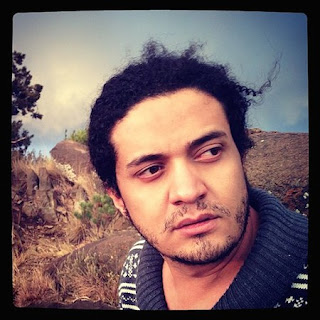 The appalling Ashraf Fayadh case that we reported on here  continues to be an issue of the gravest concern. There has been a call, for next Thursday, January 14, for a worldwide reading of selected poems and other texts, in support of Ashraf Fayadh. Learn more about that action here 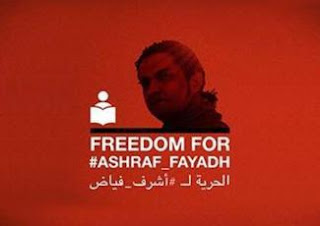