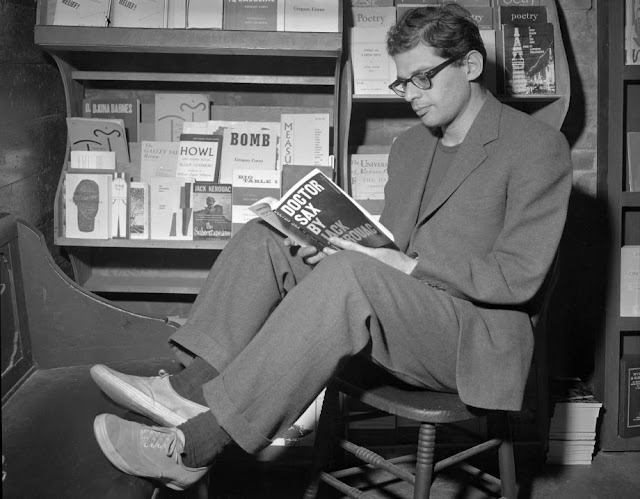 Peter Hartlaub‘s engaging article for the San Francisco Chronicle‘s sesquicentennial history project, (on the Beat Generation), is well worth reading, (as are the photographs (like the one above) worth perusing) – Allen reading Doctor Sax. 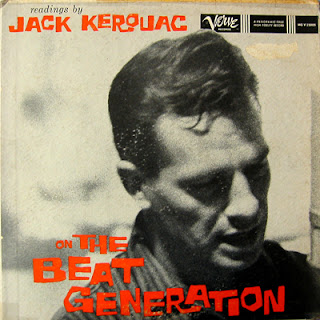 Here‘s, on the subject of Kerouac, the Ginsberg Project posting of Allen reading from Kerouac‘s The Dharma Bums

Typescript scroll of On The Road 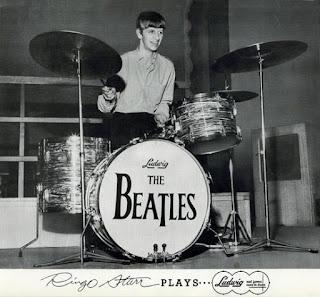 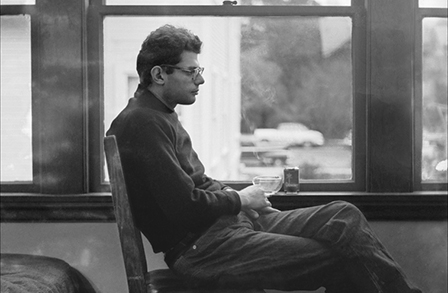 “Lehrman took the first photograph ever of Ginsberg reading “Howl”, Suiter notes, “at an event sponsored by San Francisco State College.” (In one image) “We see Ginsberg, in sports coat and tie, reading from an early typescript of the poem, his right arm raised high in an anarchic flourish” 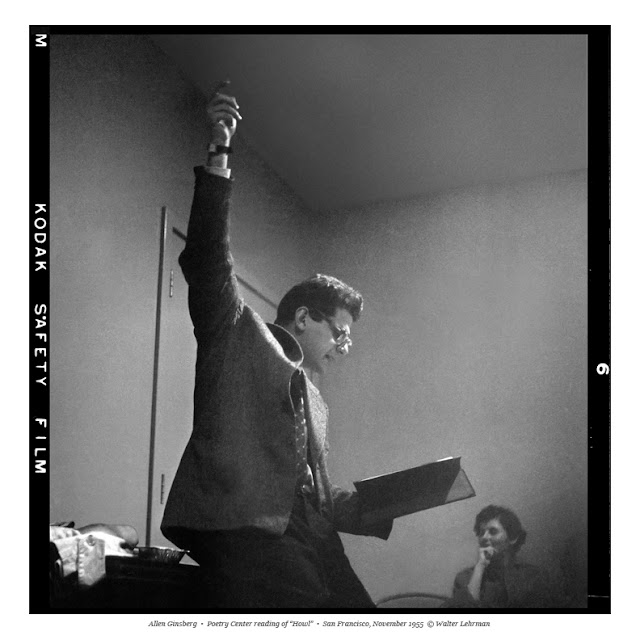 Also included in the collection are images of Jack Kerouac, Philip Whalen, Gary Snyder, ,Michael McClure. As Michael McClure declared (regarding another image from that legendary (second) Six Gallery reading) “No one ever took a photograph of any of us that is more sensitive and true to life.” 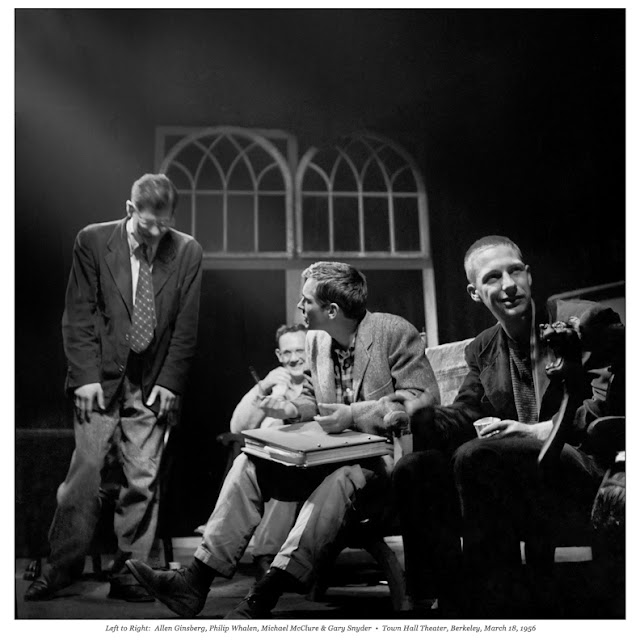 Howard Brookner‘s classic movie, Burroughs – The Movie is now out on DVD (see Andrew Marzoni‘s review in this month’s ArtNews here. The DVD package (from Critereon includes the usual tantalizing “extras” – rare outtakes (including footage of the Nova Convention), an audio interview with Brookner conducted by Burroughs biographer, Ted Morgan, and a new audio commentary by Jim Jarmusch, who worked as sound recordist on the film.
Jarmusch is also the executive producer of a new film, Uncle Howard, made by his nephew, Aaron Brookner and scheduled to premiere at Sundance early next year. 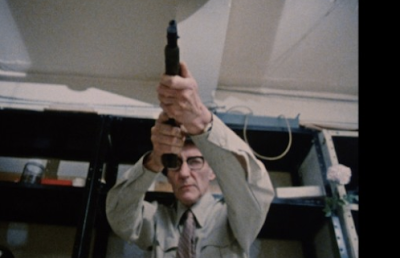 Allen in Peru in 1960 – Martín Adán and Allen Ginsberg – next Tuesday in Lima (at the Casa de la Literatura Peruana) a symposium. Read more about it (continuing in Spanish) here 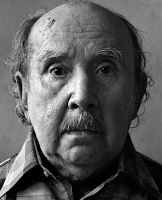 Tomorrow in New York at the Medicine Show Theatre, the second annual Medicine Show reading of Howl and Other Poems featuring Martin Espada, Alice Ostriker, Eliot Katz, Lauren Schmidt, and a host of others.