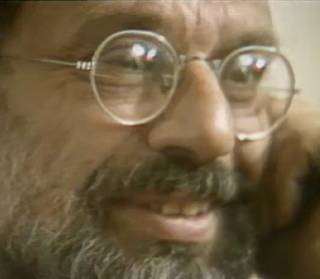 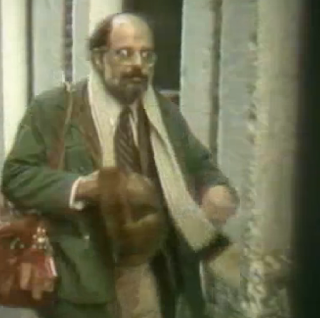 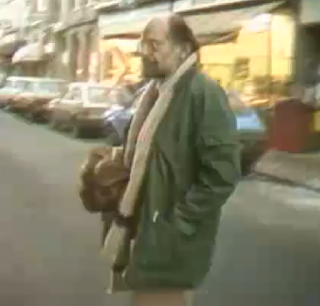 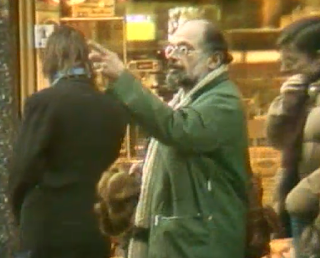 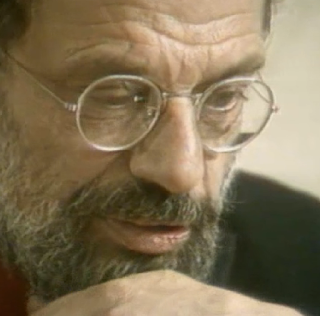 From the audio-visual archives of RTBF, Belgium’s public-broadcasting organization for the French-speaking community, this delightful footage of Allen (and Peter Orlovsky and Steven Taylor) in Belgium in 1983. Following a short introduction, Allen and company are glimpsed (briefly) walking the streets (of Liege) and then Allen is interviewed (speaking en francais!). Allen and Steven get down at the piano (sic – yes, really) to perform “Father Death Blues” and Allen-in-Austria footage (at the Schule Fur Dichtung/Vienna Poetry Academy – who is that woman sitting across from him at the table at the beginning?) – “I’ll begin with music. Inspiration from William Blake, the poem “The Tyger”, which is inspiration to breath and poetic inspiration”. Allen is then seen performing “Why I Meditate” (from White Shroud  (“I sit because the Dadaists screamed on Mirror Street/I sit because the Surrealists ate angry pillows..”) and “Proclamation” (from Cosmopolitan Greetings) spliced in (“I am the King of the Universe/I am the Messiah with a new dispensation/Excuse me I stepped on a nail..”)

We’ve already noted Bob Arnold (Longhouse)’s recent edition of Janine Pommy Vega’s final completed manuscript, Walking Woman With The Tambourine.  Now news of a new Pommy Vega miscellany Janina.
“Some people call us the Beat Generation, we just called it living. To be present at that time as a woman took more moxie than a guy. You had to go in the face of mores. When guys were “sowing their wild oats”, we were “being promiscuous”. But what I really was exploring was consciousness..the desire to dig deeper and live freer.” 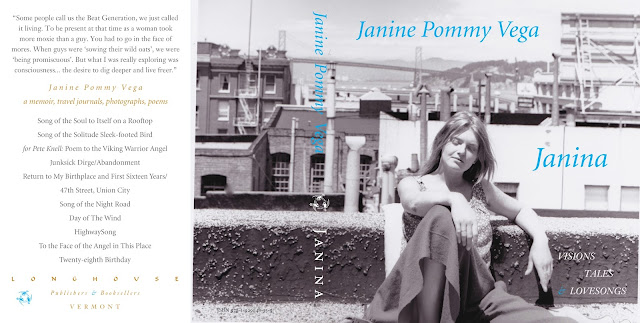 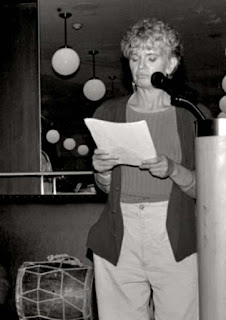 Great news –  Really great news! – And When I Die, I Won’t Stay Dead”, Billy Woodberry‘s Bob Kaufman documentary will finally soon be out. Here’s advanced word from the Hollywood Reporter.

US premiere will be Monday January 11 in LA. 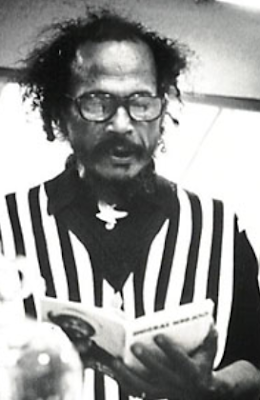 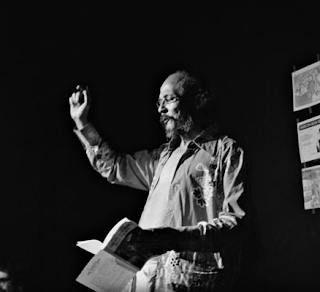 Drummond Hadleys poems were memorably described by Allen as  “like time and death”. Voice of the Borderlands, a major collection of his work (with a foreword by his friend Gary Snyder came out in 2007 (a brief selection of some of the poems can be found here – an NPR report on him – here  – Chax Press published The Light Before Dawn (“koans of mortality”) in 2010). 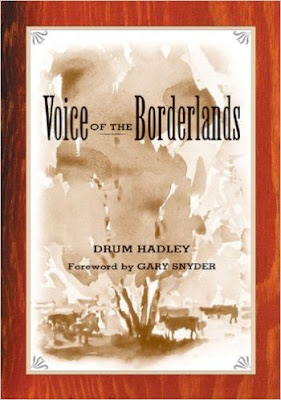 “A poet among poets”..”not a cowboy poet exactly. But it’s tough to separate the cowboy from the poet”, Drum” had been (for those who didn’t know) ailing for some time (following a near-fatal car collision). He died peacefully this past weekend.
Libby Cudmore’s obituary notice may be read here

A profile of Fernanda Pivano (video in Italian)

Two old codgers, Gerd Stern and Harold Channer get together – again – (yes, that Gerd Stern, the one mistakenly caught up in all that Kerouac-Cassady “Joan Anderson Letter” controversy. Stern’s exhibition “Usco WhenThen” is still up at the Seton Hall University Walsh Gallery (if you happen to be in, or close to, New Jersey) until next Friday 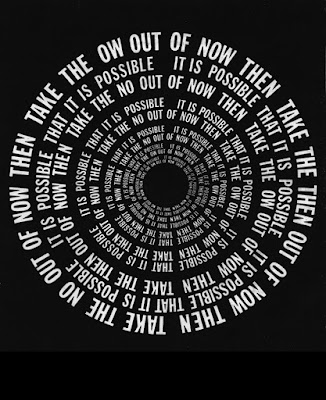