Eliot Katz – The Poetry and Politics of Allen Ginsberg 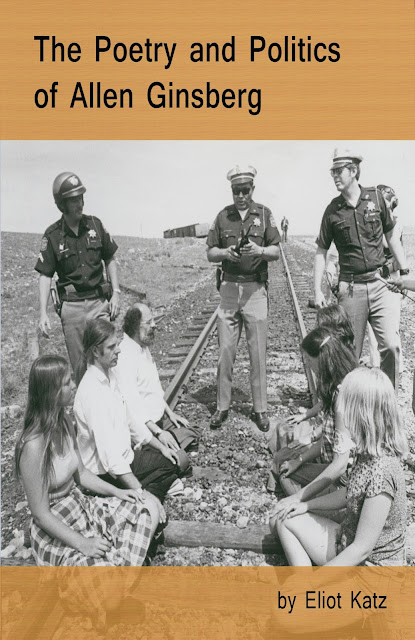 Read his earlier response – (an unpublished letter to the New York Times)  “Ginsberg Apolitical?  I don’t think so” – here

More of Eliot-on-Allen here and here

“The Poetry and Politics of Allen Ginsberg is the most engaging and rigorous analysis of astuteness of a literary critic, the contextualization of a social historian, the knowledge of a veteran political activist, the insights of a memoirist, and the aesthetic understanding of a poet. Eliot Katz wears all these hats simultaneously, and the finished product is a pleasure to read…”

The Poetry and Politics of Allen Ginsberg  is an inspired work about one very-celebrated poet and political activist by another remarkable poet and activist, Eliot Katz. It is a serious work about the politics and social commitment behind much of Ginsberg’s writings and is long overdue….”

“This is the first full-length volume”, the publishers note, “focusing primarily on how Ginsberg’s writing works as political poetry and on Ginsberg’s extraordinary influence on political culture over the ensuing decades..”

He (Eliot) was also, in 1999, co-editor (with Andy Clausen and Allen), it should be remembered, of this important tome 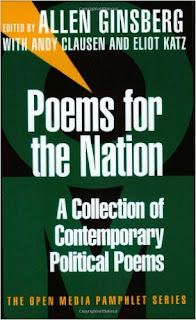 From the introduction:
“Through his groundbreaking visionary poetry and principled life, Allen Ginsberg provided inspiration to poets and activists throughout the word five decades. From his outspokenness against Eisenhower-era political and sexual repression to his protests against the Vietnam War, from his willingness to sit on Rocky Flats railroad tracks to stop plutonian manufacture to his opposition to censorship and ecological destruction, East and West. Allen always put his body and his poetry on the line. Much of his office’s daily work was spent sending letters to public officials, making contacts between poets and political organizers, gathering information about social issues of Allen’s concern, and making donations to activist groups that Allen felt important…Allen was [is] a prophetic poet exposing human injustice in the tradition of William Blake and extending Walt Whitman‘s democratic vision for America.”