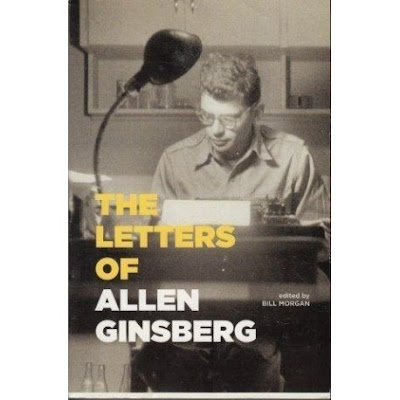 December 28,1941 – A young precocious (fifteen-year-old) Allen Ginsberg writes from Paterson, New Jersey to the Editors of the New York Times ->about unconscionable delays with regard to U.S. involvement in the continuing conflicts of the Second World War – (“mental impotence and political infirmity on the part of a handful of U.S. Congressmen”)

(This is the first, and earliest, letter in the 2008 (Bill Morgan-edited) Da Capo edition of The Letters of Allen Ginsberg)

Dear Editor,
I have long believed,  in principle, the ideals of Woodrow Wilson and regretted that we did not choose to live with the world when the time came to ‘resolve that our dead shall not have died in vain” by joining the League of Nations.
I am normally a more or less passive individual. However, I think I am growing cynical. I chuckle and feel a bit of grim humor when I read of our growing regret for the world’s biggest blunder, our refusal to join the League. One can almost see a pained and astonished expression growing on the faces of America as the people now realize, under a reflowering of Wilson’s vision, what they did to themselves and the world in 1920.
So now finally we have a reflowering of Wilson’s vision, witness Winston Churchill’s speech before Congress another fine speech on the 28th by Senator Guffey , and a passionate appeal for a new league by Edward I James in last Sunday’s Times. However, it seems that our futile regret is too little and too late. Our stupidity has reaped its harvest and we have a bumper crop, since we sowed the world’s biggest blunder. The death toll in this war has been at least four million (including Spanish, Chinese, and Abyssinian wars). There is no preventable catastrophe in recorded history paralleling this.
That is a grim joke on ourselves, four million dead as the result of mental impotence and political infirmity on the part of a handful of U.S. Congressmen.But in the middle of all this tribulation one can gather infinite consolation by speculation as to what will happen to those Congressmen when they get to hell.
We will know better this time, but in any case, the devil has prepared a nice hot bath ready for many more Senators 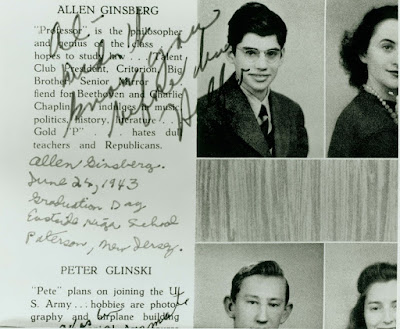 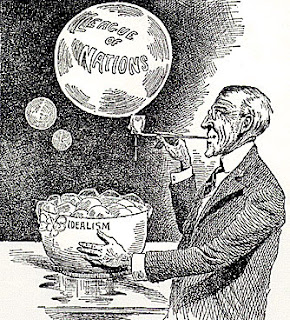 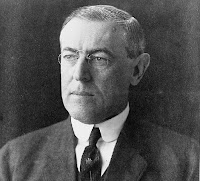 – “Was Woodrow Wilson a key founder of modern liberalism, a visionary whose belief in an activist presidency laid the groundwork for the New Deal and the civil rights legislation of the 1960’s. Or was he a virulent and unrepentant racist, a man who not only segregated the federal work force but nationalized the Southern view of politics, turning the federal government itself ino an instrument of white supremacy for decades to come?..”