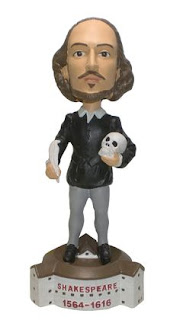 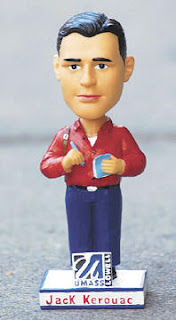 AG:”Merciles Beaute” by Chaucer – (page)  53  –  What I’m hitting are the prettiest.. the prettiest rhythms, prettiest rhythms and images that I remember, that I’ve learned when I was going to high school and college. Apparently, (except, to say. maybe in Canada), most of these texts are no longer taught, even in college, so that most of you who have gone through some sort of schooling haven’t run into them. What really got me was, the first year I taught here [at Naropa], I was trying to teach that last course of Kerouac (thinking that this is the Jack Kerouac School of practicing poetry, so I teach perfect Kerouac). And I started reading aloud the last chorus of Mexico City Blues, which begins, “The sound…” – “The first sound in your mind is the sound you would hear if you were standing at a cash register, singing, with nothing on your mind. But when that Grim Reaper comes to get you, look out my lady, he will dangle with your jangle, and, having robbed you, vanish like John o’ Twill. T’were better to be gang-raped by John o’Twill than sit here amorting in your eternity, like some old, poor, haphazard, lack-love, lastingly on the steps, beweeping his moan and befouling his woe..” –  Something like that. So it was.. (I’m having to improvise).. So it was a paraphrase of a soliloquy by Hamlet, where he’s sitting on the steps, bewailing his pack of miseries. And then I said that that’s really great if you know (Hamlet).. and, all of a sudden, there was this blank look. And I said, “How many here have read Hamlet?”, and over half the class had never read Hamlet!  And that was sort of taken-for-granted. How many here have read Hamlet? [show of hands] – And how many have not? –  how many have not? – come on, come on, raise your hands if you haven’t read Hamlet… One, two.. come on.. Okay, well that used to be, like, you couldn’t get through high school without reading Hamlet (or Macbeth, or something), and you certainly couldn’t get through college, and you certainly couldn’t get into the Buddha fields, without having read Hamlet. So I found it was in vain to try to teach Kerouac, when Kerouac had such a sensitive and intelligent ear for all the poetry before him, and part of the fun of Kerouac’s… of reading Kerouac.. was his sweet intelligence of antique poetry, with his paraphrases of it, and his improvements on it in American vernacular (his making American vernacular sound like classic “rose, rose”). So that’s why it winds up that, years later, we’re beginning with basic poetics here now, the idea being, the point of that being that “rose, rose”, that kind of rhythm, got into Kerouac, and gets into any great poet, and then begins to flavor and inform and prick up his own rhythmic ear, and you begin to hear “rose, rose” in  “bus stop”, in your own language, in your own vernacular, and begin to see the physical character of sound that’s intriguing and interesting, in your own speech, that really sounds just like Shakespeare, or Medieval Latin lyrics.  So, if you get these in your head, like…“Merciles Beaute” – Chaucer, a poem that Ezra Pound really loves and that influenced Pound a lot