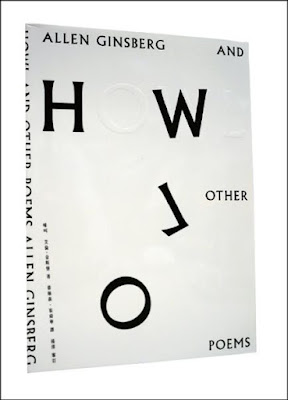 Steve Silberman might also be considered ubiquitous these days. A wonderfully positive response to his new book on autism – “Neurotribes – The Legacy of Autism and How To Think Smarter About People Who Think Differently“ (he was recently awarded the prestigious 2015 Samuel Johnson Prize) has led to a whole lot of press including this (from last weekend’s UK Guardian – “My Hero – Allen Ginsberg” – “Allen’s voice had an expressive range and gravity that atttested to his belief that, “the only poetic tradition is the voice out of the burning bush”. Allen seemed like the happiest, most-awake middle-aged man I had ever seen”

We’ve spotlighted before Allen and ASL (American Sign Language) – here.
Here’s more, and a more recent manifestation of it – Crom Saunders signing Allen’s “Homework“ (the poem he wrote, in parody of and hommage to Kenneth Koch)

John Sinclair – It’s All Good – A John Sinclair Reader – Fifty years of poetry and prose. Read about it in the Detroit News

Poetry Summit in Woodstock tonight – read about it here.

Michael McClure, a rare appearance at the opening of his wife’s show (Amy Evans McClure). Read an extended account in the San Francisco Chronicle

Hydrogen Jukebox presentation this weekend in Nashville  This version, “a slightly altered version” – “Instead of a poet-narrator…(John) Hoomes (Nashville Opera’s dramatic director) has substituted an actor (Henry Haggard) who will serve as kind of guide during the performance. Otherwise, Hoomes is staging (it) as it was first presented – uncut – and, most importantly, uncensored”.

You’re a regular Allen Ginsberg Project follower? (you follow our daily posts?)  You’ve delved into our voluminous archives? (if you haven’t, check them out immediately, so much to view). You’re conversant not only with Allen but much of “the Beat Generation” (in both its literary and social manifestations)?  –  The recently-published compendium/survey from Backbeat Books, The Beat Generation FAQ – All That’s Left To Know About The Angel-Headed Hipsters by Rich Weidman, seems to be pitched to you.
You know everything, but still maybe there’s a few things you should know. 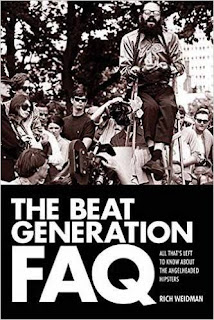