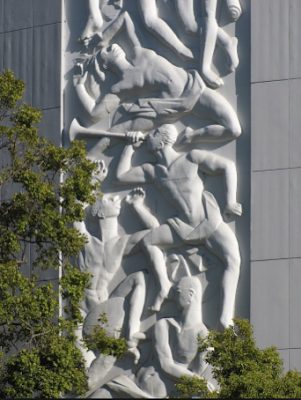 The audio begins with joyful banter, (indeed,the high-spirits and exuberance are evident throughout the occasion). Kenneth Rexroth starts off, introducing Gary Snyder

Kenneth Rexroth:  A lady I know… There was some discussion of putting the next item on the agenda, you know, on the media, as they say – (I just heard this story, just now) – and  she is reported to have said, “Well now, is he a real poet, or is he just one of those people who to everything?” – like Ginsberg – Anyway, he didn’t get on the media, well, so maybe he is – You know, I think it’s wonderful, we’re all talking about the media, the way that a little pitch of mine eliminated all the cats that dig
(But), first, will be Gary Snyder, who is a master of (what is it?  revolt against everything, and uncomplicated forma – Are the forms still that way, or is this another fad?)
Gary Snyder: I think of the trees
Kenneth Rexroth: Well there’s things that a tree can’t do, see. 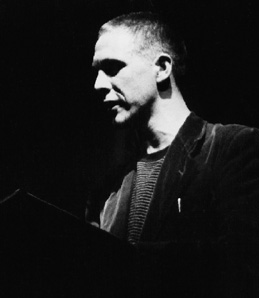 I’m going to read two simple little poems and then I’m going to read a next one that’s longer –  “For a Far-out Friend” – (“Because I once beat you up/Drunk, stung with weeks of torment..”….”..I thought – more grace and love/In that wild Deva life where you belong,/Than in this dress-and-girdle life/You’ll ever give/or get”)  – [applause] –

Audience comments: “Hey Gary, step a little closer to the microphone”  – “You want me to move it” – “You’ve got a haircut” (see above)

“Song and Dance for a Lecherous Muse” – (“The implicit communication of woman”….. “first sunlight hitting the shades”)

“Now here is a good one. Here I go into my celebrated wild life. After a reading at San Francisco State College, Rexroth says to me, “Your animals have got the loosest bowels of any animals!…” I’m sticking to trees . This is the first part of a three-part poem called “Myths and Texts”, the middle part is about animals. The first part is about trees, the last part is about people, I’m going to stick to trees. It’s about logging, really.”

Snyder reads “Myths and Texts” (Part 1) – “The morning star is not a star..”…” (“The brush may paint the mountains and the streams though the territory is lost”)
Kenneth Rexroth [in media res] –  “…..working-class. You see what Gary was was the fourth guy in the choke. I mean he was a choke-setter.There are two things to do when you come in the woods, one is to be a choke-setter, the other is to be a whistle-punk and neither one of them are as bad as they sound. It’s always best to start off with…”

Audience comments (to Rexroth)  : “Sit in your chair”
Kenneth Rexroth: What do you mean sit in my chair?

“You know when I first came West, cowboys would say, “Well I’ll work for a dollar a day, all hours of the day, three-hundred-and-sixty-five days of the year, but, goddam it, my time’s my own”!  One of the reasons I like these two cats (Snyder & Whalen) is they’ve lived very much the same kind of life that I have (except, I’ve done more of it, I guess, time being more to waste), but, the next one (Whalen), as I’ve said before, belongs to the same school. In addition, he is, without doubt, the best cigarette-in-the-mouth poetry reader I have met (he doesn’t look like George Raft, otherwise)
– Phil Whalen 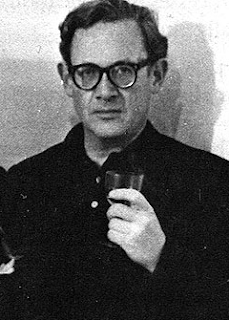 [Audience/Organizers attempt to accomodate the overflow crowd ]- “Excuse me, the people who are over here standing… (there are) more seats in the front…” “You want to wait till that settles

Whalen reads “For K.W.  (“The mirror water over a mountain….)

Now this thing is called “Martyrdom of Two Pagans”  (“Out on a limb and frantically sawing..”….  Love is better than hate/and stronger than hell/For we toook our shoes off/As we fell.”
This thing is called “The More It Changes, the More It’s The Same Thing”  (“‘Plus ça Change'”) –
This a different thing, it’s all about the mountains -“Sourdough Mountain Lookout” – (“I always say I won’t go back to the mountains…”…”Like they say, “Four times up/Three times down”. I’m still on the mountain”)

Philip Whalen: Oh I don’t have that one.

“I’ve got to quit with the a large souffle that I’m currently cooking up. It’s this much so far [Whalen shows the extent of the manuscript] and they’ll probably be more later but there’s this much finished anyway and it’s turning out a little different
“The Slop Barrel: Slices of the Paideuma for All Sentient Beings” (“We must see, we must know./What ‘s the nature of that star?”….”The bells have stopped/Flash in the wind/Dog in the pond’) ….

Kenneth Rexroth:  Why don’t we take a break? – Keep going?  – Keep going?
It is being debated if we should have an intermission or keep going. Keep going. Somebody’s just pointed out to me that you’re all in here and there’s no place for you to go…

“Now I don’t know what Mike (McClure)’s going to do. I understand that he had a sudden burst of creativity of a very high-class nature. That’s what people tell me who heard him read last week – Mike McClure.” 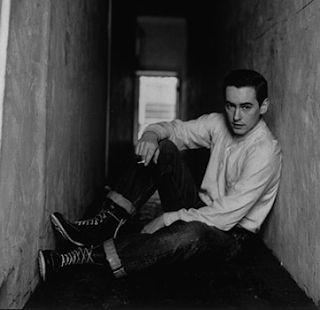 Michael McClure: I’m going to read a letter from Jack Spicer first ..If somebody’ll pass it up..it’s back there…
Audience Comments (mockingly) – Who’s Jack Spicer? –  (GS): Jack Spicer turns tricks on Mars -They’ve got more ping-pong tables there –
You got the return Address? –
Michael McClure: Spicer, 32 Myrtle Street, Boston..
GS: Everybody write him!
MM: It’s a lettter to Johnny Ryan [sic], I’ll have to edit it.
Audience Comment: No one else has tonight!

Michael McClure (reading Jack Spicer) reads: “You’re a great bastard. You’re letters have disturbed my contentment. Here I am with an excellent job, writing rarely – (handling the rare books in a library.. in (Harvard)..in Boston..) – lonely as a kangaroo in an aquarium, and then you have to write about how on the other side of the country people are really alive, thinking significantly, getting drunk significantly, fucking significantly. You’ve upset my cold New England dream world. (In the words of Faust, you’ll never read to me, “Weh! Weh! /Du hast sie zerstört,/ Die schöne Welt”  – that means, give up…  I don’t know< Audience Comment: “Go on, man, Go on”.

Michael McClure (continues, reading from Spicer’s letter) “There’s nothing here, just like there is nothing in New York. I’ve always said that the East is empty, but I’m surprised to find this is true as a literary anti-Semite like (Robert) Duncan would be to find that  the… (I can’t read the writing..)  the world was controlled by  the Jews. There’s an isolation from ..an isolation from enthusiasm. Nothing is left but manners and good will. New York lost even the good will. It is impossible to imagine just how poisonous culture without enthusiasm can be, like a perpetual educational television program. Enough of this, I would leave for San Francis..”  – this is the part – “I would leave for San Francisco tomorrow if it wasn’t for the horror of unemployment that those fine shattering jobless months created. I cannot live without security anymore, anymore than I can live without magic. I discovered that I don’t like people well enough to allow myself to be dependent on them. I would come back for any job, but it would have to be a job I came back to. So, Mr John Allen Ryan, if you  love for me and have any friends that love me, start them searching for a place in San Francisco where I could be employed, anything from night-watchman in a museum to towel-boy in a Turkish bath. I won’t come back without a job to come back to, and I won’t stay here even though I love rare books, if I have a chance to come back .if I have a chance to come back to civilization.  This is a manifesto as well as a personal letter, broadcast its terms. San Francisco has a chance to regain its second poet. The other poet, Dante, is also willing to return to Florence under conditions. My “Oliver Charming”  is charming. I hope I’ll have a chance to show it to you personally. It’s long, incoherent and sexual,  I think it’s the most important thing I’ve written, but, of course, it’s only half-finished and god knows…”

McClure turns to his own poems:

Michael McClure; The first things I’m going to read are new –
“Laid part to part, toe to knee…”…”a pale tuft of grass” –
(and) this is called “The Mystery of the Hunt” (“It’s the mystery of the hunt that intrigues me…)  [reading breaks off/tape concludes in media res]