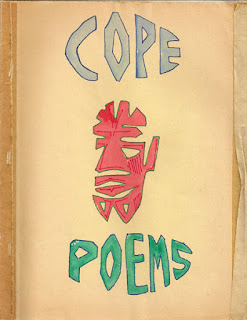 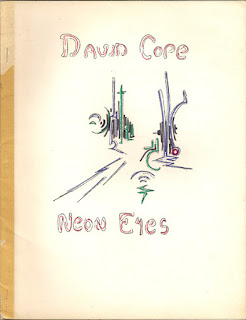 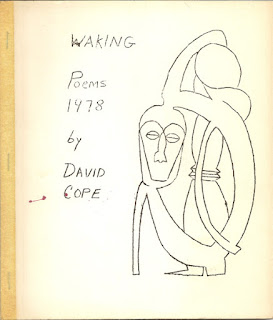 “The Beating” – “The dreamers wake to screams;/ down the corridor a man is beating his wife/she runs into the night air/ …. …. the police are summoned and she is carried away covered with blood/ people huddle under the stars speaking softly” – (Again, a good little description, a sort of short-story description)

“Three drivers wait for their load./ their chatter pierces the brick wall;/beyond the wall,/another chatters on the telephone.”

“End of the Shift” – “women stream out of the factory/swearing down the boss and the union./ the shift is over, the long day,/& tho’ it’s a bright afternoon they hardly notice./stumbling below the tracks below the expressways/they gossip & rogue, worrying about traffic./when they get to their cars, /they find them vandalized, here a battery stolen/here, a windshield smashed out/ here, the tires taken off, the radio ripped out” – (It’s called, “The End of the Shift” – really awful – but it’s true, you know)

“Moonlight in West Virginia” – “The full moon, pale yellow in the haze/floats over the mountains shining on stark rock/into crevasses where in dreams light would never shine…”… “..this peaceful light fills the whole car” – (Pretty solid)

“The Old Black Woman” – “On the radio we hear a conversation with an old black woman. She talks the old days…” ….. “All this in a sweet voice full of  humor”

Coquina Beach –  “tall thin grass covers the dunes/ & over the rise we find a worn keel,/ remains of a shipwreck…”…. “what am I waiting for?/into the ocean/the salt on my tongue.

Here he gets political. It’s something interesting, to see what he does with a larger subject   – “Arlington” – “At dawn the guards and caretakers still sleepy-eyed..”…. “I’ve come here to see John Kennedy’s grave..”.. ” The sky is full of jets and military helicoptors rushing somewhere/I recall my hopes and dreams, where we’ve been all these years”…”The day grow full, our eyes full of tears…”It’s time to leave and go on” – (That’s actually pretty good as a political comment, without getting into an editorial. Simply saying, “I recall my hopes and dreams”, juxtaposed with “the sky’s full of planes and military helicopters, rushing somewhere…”)

[Public Address System loudly barks out  – “It’s now 9.30 and we ask all students to leave the building. Thank you”]

ok – I’ll finish it – “The Crypt” – “Duke Chapel, North Carolina – “down the stairs/ among white pillars/ the air is cool/silence”  – (this is called “The Crypt”) – “a kneeling-bench lies before the window/A golden cross, light falling all around it/the Bible is open to Matthew/ – forgiveness and a quiet heart/ Now the tourists enter curious to see what is here.”

–  I’ll finish with that. I may continue with this and then go on to “Piers Plowman”

[Audio for the above can be heard here, beginning at approximately eighty minutes in and concluding at the end of the tape]