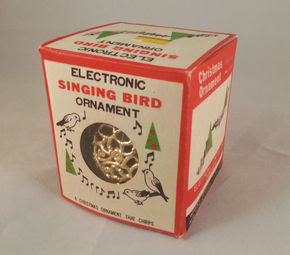 “Lovers Dream”– “They woke together & found themselves’ (Now he’s dealing with more impalpable material – a dream) “They woke together & found themselves in a small white/ room. there was one window,  & out the window fog hanging/over the skeletal city.  an official began haranguing/ them; he forced them to write on pieces of paper. he/ sang to them & pleaded that they cooperate. when they/ moved to the window to see the fog he became angry &/ claimed they had  ruined everything.”

“Shopping Plaza” -“We are in Row A7./ The landscape of cars extends out of sight./ It is a grey evening./ Small groups of people hurry into the stores,/ talking their plans out./ Their footsteps sound hollow over the asphalt./Now they are gone./ It is the emptiness of the wind” –  (that’s a good little description)

“The Riot”  – (“housewives line the route from the airport,/when the senator arrives,/ they begin spitting and shouting./signs denounce his stand on the busing of black children./he is calm,/but does not stay around to talk./the women and their men are pounding the windows/as he walks thru the corridor./the police are called in and resort to tear gas.”)  – (That’s really good. Because very few people can write political poetry, or use newspaper generalization or abstraction, though this looks like he was actually on the spot – “women and..men are pounding the windows/ as he walks thru the corridor” – that’s really a modern.. modern what? – airport? supermarket?  some piece of construction)

“Cemetery” – (“over the headstones there are the naked branches,/thru which we see the lighted windows of the office/buildings rising out of the mist”) – (That’s a nice little Chinese landscape)

This is a poem.. I guess the title.. (he) got his idea from..for his press..he had this little press called “Big Scream”, or magazine. So this poem is called “Big Scream” – “ivy grows out of the balding head of the university intellectual, his hands sprout wands./he feels light as air! he finds himself dancing! suddenly his a satyr, prancing over an ashen landscape!/as he loks down, his legs turn to ashes, he begins screaming!  MY BOOKS! MY LIBRARIES! MY  PhD!  ALL MY AMBITIONS!

AG: Well, it may be some sort of fantasy thing I may be dreaming, daydreaming, say – “a satyr, prancing over the ashen landscape!”

Williams is a lot more complete – and that moment of perception in Williams is much more… I guess almost everybody’s had it…of being reduced to a…like, you know. say a moment of being reduced to no ideas but actually just staring there, breathing, or lying in bed as a kid, following your breath, or, say, coming to total catastrophe and emotional bankrupcy and taking refuge in the Buddha and sitting down on a pillow and meditating.
In any case, an archetypal experience, whether you’re a Yankee pragmatic follower of  William James or an Oriental specialist.

Student: Can you read it again?

AG: “Thursday” – “I have had my dream – like others -/and it has come to nothing, so that/I remain now carelessly/with feet planted on the ground/and look up at the sky -/feeling my clothes about me,/the weight of my body in my shoes,/the rim of my hat, air passing in and out at my nose – and decide to dream no more.”- Well, any of you who do any meditation practice will understand what he means by “and decide to dream no more” – and I guess you could figure it out anyway even if you don’t.
–  “my breathing, the air leaving and entering my lungs” – good old David Cope!

And the second book, he’s even better, I thought – called The Stars – So I’m going to read you… Is this interesting? Is it uninteresting to anyone?  Yes?