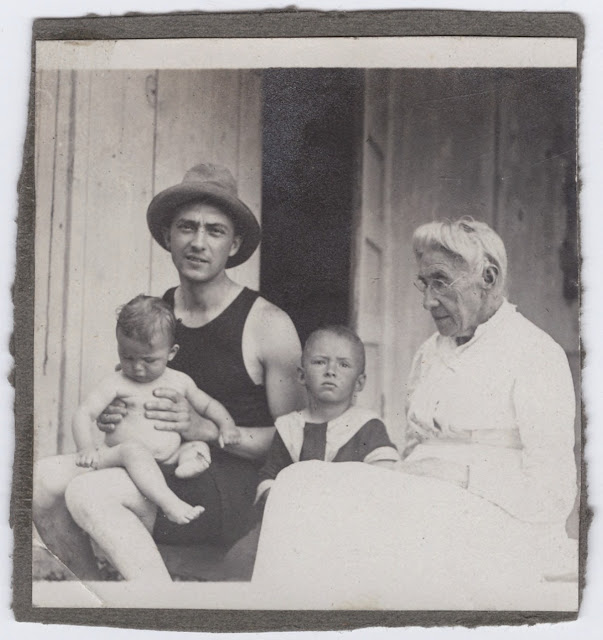 William Carlos Williams with his two sons, Paul and William, and his mother, circa 1918 (courtesy Beinecke Library, Yale, Special Collections

It’s William Carlos Williams’ birthday today, and to celebrate we’re featuring the earliest known recordings of him – dated January 9 1942 ((he was already, by then, a spry fifty-eight-years-old) –a reading for the National Council of Teachers of English and Columbia University Press Contemporary Poetry Series, that took place that year in New York.

The recordings are from that inestimable font – Pennsound (we cannot speak too highly of them) – their collection of Williams recordings, stellar, due to the initial comprehensive work in compilation by indefatigable scholar,Richard Swigg (amply augmented by a generous donation from the collection of the late Robert Creeley

Williams reads only eight poems but they’re all illuminating and he manages to include, among them two bona-fide “classics” – “The Red Wheelbarrow” – and the ever-haunting
“To Elsie”  (“The pure products of America go crazy..”)

The program for the reading is as follows (and in this order) – “The Red Wheelbarrow”, “Tract”, “The Defective Record”, “To A Poor Old Women”, “A Coronal”, “To Elsie”, “The Wind Increases” and “Classic Scene“.

Plenty more Williams here on the Allen Ginsberg Project. You might start with lecture one of Allen’s 1976  “Mind, Mouth and Page” lectures, focusing squarely on Williams. The entire summer’s lectures (running to no less than sixty episodes) have been transcribed and are available here on the blog.