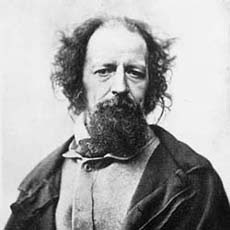 Allen continues with his survey of Sapphics, going through further pages of his xerox-compiled classroom anthology

AG:  [to another late-comer] – You can take one of those that says “Sapphic anthology, two bucks”…and then the bag.. not two bucks for one paper.. And we’re about two thirds down the bottom..to…(Edmund) Spenser

Okay, We’re on that Spenser page? – Sidney? – (the) (Philip) Sidney and the (Walter) Raleigh? Ok? – So we read those, then I read you aloud Raleigh’s notes on Quantitative Verse. So then the next page would be (Thomas) Campion,  Campion’s excellent translation, on the left, of  a little ode by Horace (and the Latin is on the bottom, and you see what he did, making it into quatrains) – and Campion himself also wrote Latin Sapphics. So you get that next. Got it?. See, I’ll just tell you what’s in here. The next page would be Campion’s explanation of the Sapphics that I read aloud. Got that?. And then the next page, Isaac Watts, a piece of Isaac Watts, and then (William) Cowper‘s poem . Then, the next page, typed out, from Saintsbury’s History (of English Prosody).., a few little fragments that I  mentioned. Tennyson‘s one thing (which is interesting  – we’ll read the Tennyson aloud) – “Faded every violet, all the roses/Gone the glorious promise and the victim/Broken in this anger of Aphrodite/Yields to the victor” – He had that run-on there which is very interesting, the best part of that verse form, how the lines run on from one line to another without a break> “and the victim…”

Student: (Not all on the) same line..

AG: “And the victim/ Broken in the anger of Aphrodite””

Student: It’s usually always been in the second line.

Then the next page, some of Tennyson’s “Hendecasyllabics” and alcaics. There was a sample of the alcaic before..at the top (we went through it, I read it before). There’s this weird little attempt to just write hendecasyllabics, not exactly the same as.. not this ..not exactly the same, it’s called “Milton”, it’s, from Tennyson. It’s Tennyson on (John) Milton. (Just) a sample. The Swinburne’s “Sapphics” (which I read) (are) next – (you should) probably reverse (the) pages – and Swinburne’s “Hendecasyllabics” too. You see those?  And I was reading.. did I read that aloud here? any of the hendecasyllabics?  Anyone remember? Swinburne? Because I would like to do a little of that in this course.