Steve Silberman gives a little of the back-story (in Our Allen) – “I was with Allen on this day when he got booed at Candlestick Park after throwing out the first pitch in a Giants game. When someone asked him if he was into baseball as a kid, he replied, “Are you kidding? I was a four-eyed sissy”. 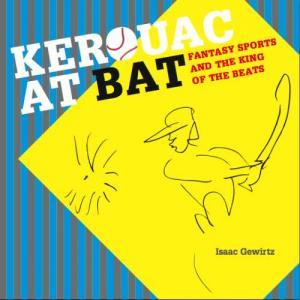 and a rare clipping – squatting, front-row in a singlet – (courtesy Paul Maher Jr.) 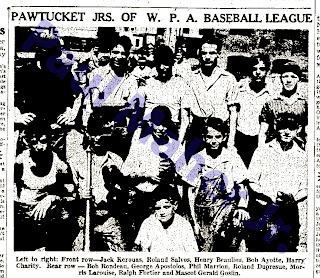 Here’s a picture of William S Burroughs…. oops, maybe not! 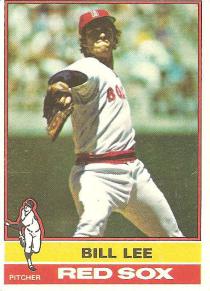 John Wieners celebrations in San Francisco last week (we drew your attention to them). Coming next month, celebrations in his home-town (Boston)  (Oct 21, make a note of it).
Meanwhile, don’t miss Nat Raha in The Critical Flame – “A Queer Excess – The Supplication of John Wieners”  And here’s a page from one of John’s old notebooks – (Stars Seen In Person) – a list of stars 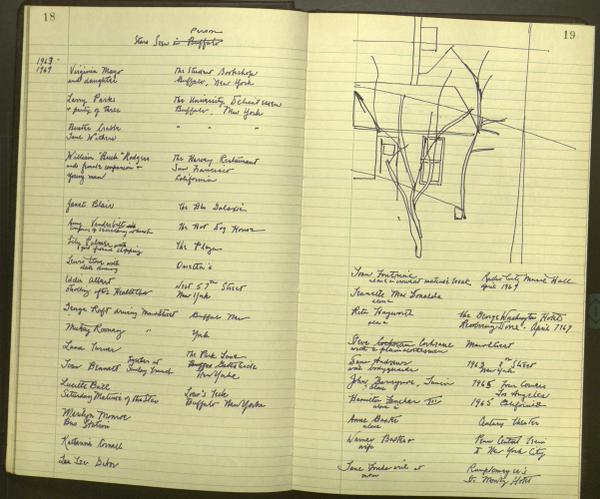 “Amid the crowd of Hare Krishnas,/and old man who looked like Allen Ginsberg..” – It wasn’t, of course, but exiled-in-America Pakistani poet, Hasan Mujtaba made a poem of it – see Sofian Khan‘s realization of that poem – here