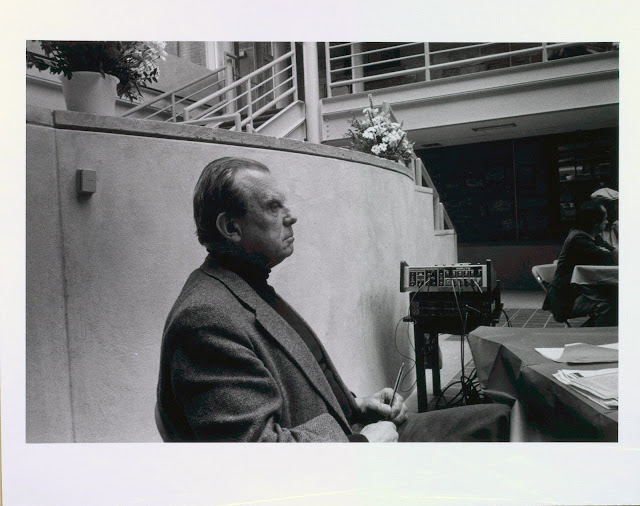 Allen, you  good man, great poet of the murderous century, who
persisting in folly attained wisdom

I confess to you, my life was not as I would have liked it to be

And now, when it has passed, is lying like a discarded tire by the road

It was submitted to customs in full awareness that they are absurd, to the<
necessity of getting up in the morning and going to work.

It is forbidden to indulge yourself, to allow yourself idleness, it is
forbidden to think of your past, to look for the help of a psychiatrist or
a clinic.

Forbidden from a sense of duty but also because of the fear of unleashing
forces that would reveal one to be a clown.

And I lived in the America of Moloch, short-haired, clean-shaven, tying
neckties and drinking bourbon before the TV set every evening.

Diabolic dwarves of temptations somersaulted in me, I was aware of their
presence and I shrugged: It will pass together with life.

Dread was lurking close, I had to pretend it was never there and that I
was united with others in a blessed normalcy

Such schooling in vision is also, after all, possible, without drugs,
without the cut-off ear of Van Gogh, without the brotherhood of the
best minds behind the bars of psychiatric wards.

I was an instrument, I listened. snatching voices out of a babbling
chorus, translating them into sentences with commas and periods.

As if the poverty of my fate were necessary so that the flora of my
memory could luxuriate, a home for the breath and for the presence of
bygone people

I envy your courage of absolute defiance, words inflamed, the fierce
maledictions of a prophet.

The demure smiles of ironists are preserved in the museums, not as
everlasting art, just as a memento of unbelief.

While your blasphemous howl still resounds in a neon desert where the
human tribe wanders, sentenced to unreality.

Walt Whitman listens and says, “Yes, that’s the way to talk, in order to
conduct men and women to where everything is fulfillment. Where
they would live in a transubstantiated moment.”

And your journalistic cliches, your beard and beads and dress of a
rebel of another epoch are forgiven.

Keeping in mind how much is owed to luck, to a coincidence of words
and things, to a morning with white clouds, which later seems
inevitable.

I do not ask from you a monumental oeuvre that would rise like a
medieval cathedral over a French flatland.

I myself had such a hope, yet half knowing already that the unusual
changes into the common.

That in the planetary mixture of languages and religions we are no more
remembered than the inventors of the spinning wheel or of the
transistor,

Accept this tribute from me, who was so different, yet in the same
unnamed service