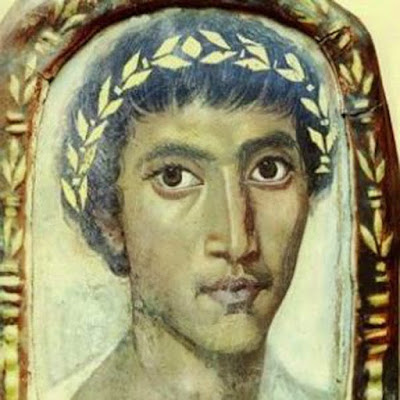 AG: So shall we go on.. [to John Burnett, Naropa student] – (did you prepare (φάινεταί μοι κῆνοσ ἴσοσ τηέοισιν) the phainetai moi , (a) second  Sappho poem) too?)

AG: Okay. Lets get on (then) to the…Catullus. On your way to the Catullus  (in your xerox Sapphics anthology) you’ll run across (Louis) MacNeice , after about eight pages or so – you see that MacNeice? – and Vernon Watkins? , two pages, about eight pages in –  June Thunder…. you see that? Everybody see that? It belongs towards the bottom. You might as well shuffle it down to the bottom, towards the end, because that’s the contemporary stuff, you want to get it out of your way. And then you will find Catullus –“Furius and Aurelius”,and then, right after that –  Catullus #51 – “Fifty One” – got it? Everyone got that? – “Ille mi par esse.” – “To me he seems god-like..”  Everybody got it? – Any problems? ok…

Student (JB): ..and this last verse has nothing to do with the previous three, it’s from a different poem:

AG: And if you have trouble reading what that is – James Michie is the translator – M-I-C-H-I-E, if you want to write it in.

Student (JB): I notice in Catullus.. – Sappho’s real concerned in a lot of her lines about the caesura – but I notice that Catullus, if you look in the second line….

Student (JB):  It usually happens in the middle of the foot too.

Student: (JB): I think I’m going to leave you.. Something came up..

AG: Okay, well, take one of those…(Allen points to the xerox anthologies) –  So there are more translations here than any of us have read in class, so you might look through. It might be interesting to try your own adaptation by putting all these translations together. One problem in an English translation, that you may have noticed, is that very few people  have tried to translate it (except for (Richmond) Lattimore) into the original meters, using the original meters.Sometimes they’re very lax. So if you want to, on your own, make a translation of that one poem, or an adaptation, for your own purposes, that might be an interesting exercise – I’m looking through and seeing if there’s any… We also have prose, further on down you’ll find a prose translation from the Loeb Library of both of the two…

The F(rancis) Warre-Cornish translation is in prose. Do you know the Loeb series? – there’s a thing called the Loeb Library series, which have all of classical literature, Greek and Latin, from the very beginning, from the very beginning, Hesiod, the Greek bucolic poets, the fragments of Greek lyric poetry, Sappho, polemic…er… Herodotus.. I mean, anything that you want, all the poetry and all of Plato, and it’s all in the Loeb Classical Library series, a series of small pocket books which are relatively inexpensive, if  you can find them anywhere, and if you ever want to read ancient poetry, that’s a really convenient way of getting to it. It’s all translated into prose paragraphs,to get the (matter), it’s like a pony,, that is to say, exact, literal translations, as much as possible. So you get some samples here for… Catullan poems that are written in Sapphic meters. I don’t know  if you’ve found them (in the anthology) but they’re in small type, they’re labeled “Loeb Library”.  Mixed in the middle of that are some… a little set of..  an anthology of translations of other poems of Catullus, by such people as  (Richard) Crashaw, (Jonathan) Swift..  it’s called “from translations from Catullus” – Classics of Roman Literature,Philosophical Library” (labeled on the top). They aren’t the same poem, but they are good translations of Catullus, so you’ll get the.. some sense of what went on. There’s  (Walter Savage Landor, Abraham Cowley, a lot of the people we’ve run across.
Lets see what else?  And further on..  So, basically, what you have here for Catullus is mainly many translations (plus the original Latin of two seperate poems that he did – the one “Furius and Aurelius”, the one about the..”My friends, if you see my girlfriend at Rome, tell her.. I don’t love her anymore.. and she’s sleeping with three hundred men by the arches… by the arches… by the gateways..” – and the little love poem about his girlfriend.