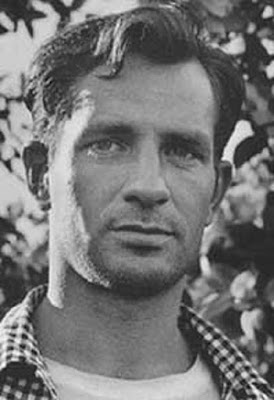 (24) “No fear or shame in the dignity of yr experience, language & knowledge”  – That’s a little bit like the negative capability of John Keats – Does anybody know that phrase – “Negative Capability”? (and how many do not know “negative capability”?  – One of the great phrases of all literature and all mind-tricks (it’s a great mind-trick phrase) which is..   It’s from a letter by John Keats to his brother, saying, “I was thinking about talking with these literary nit-wits, and having supper with them, and they were boring me with a conversation, and I thought of something – they had all these opinions – and I thought of something, what characterized really great poets, like Shakespeare, which was (what) I would call “negative capability”” – “the ability to keep contrary ideas in the mind, without an irritable reaching out after fact”.  [Editorial note –  “..when a man is capable of being in uncertainties, mysteries, doubts, without any irritable reaching after fact and reason”]. In other words, the ability to be able to entertain opposite ideas, completely contradictory poles of ideas, in the mind (like “the universe is absolutely real” and “the universe is completely a dream and unreal”), the ability to keep both of those ideas in the mind without an “irritable reaching out after fact” – (“Well, I got to prove that it’s real!” – “Well, I got to prove that it’s unreal” – “It must be real’ – “No, it must be unreal” – “No, it couldn’t be both. It’s got to be one or the other”) – But Keats said – “the ability to keep both in your mind, without that irritable reaching after fact, without being a big jerk and getting mad and saying, “What? One’s got to be right, rather than the other”. So it’s “Negative Capability” – capable of having negatives,  or opposites, in your head without freaking out (which is the characteristic of genius, according to Keats, because it means Big Mind, not mind reduced to a couple of obsessional decisions, that you’ve got to decide what’s right, what’s wrong , as if you knew, as if there was such a thing as right and wrong, even., but, you know, open).. It goes back to being open, submissive to everything, open, listening (open, listening and submissive, rather than closed, not listening, not submissive but ordering the universe around and trying to put it all into pigeon-holes and categories).

(26.) “Bookmovie” – “Bookmovie” – that was Kerouac’s idea of a novel – “Bookmovie”  (because picture-movies, picture-show, book-picture-show) –“Bookmovie is the movie in words, the visual American form” (he thought of it as American because it came out of the movies, that is the movies set the way for people to think about life and to make pictures of it and effective novels) – 27. – We’re up to twenty-seven of thirty – “In praise of Character in the Bleak inhuman Loneliness” – Character (like last night when (Chogyam) Trungpa was showing character, I thought, almost gibberish, although obviously he was making sense but there was tremendous character). And the interesting thing about most of the Beat writers is that all of them are characters, in a sense that they have.. strange, interesting eternal tastes about their natures ((Herbert) Huncke’s face or (William) Burroughs‘ face)..so that Burroughs is funny when he eats, actually. It’s interesting to watch Burroughs eat – or anybody intelligent – the way he eats, or the way he walks, or the way he sits down, or the way he picks up an apple and looks at it – In praise of Character in the Bleak inhuman Loneliness” – So, of course, that was for a novelist – “Character” – That’s a thing that I dig most of all. In fact, more than ideas, I’m more interested in.. let  us say.. Timothy Leary. Oh I had lunch today with Leary, Burroughs and Abbie Hoffman and Paul Krassner. We went over what we were going to arrange the evening for tonight, and I was noticing, everybody dug Burroughs because of his character, even if they disagreed with his ideas they just liked the sound of his voice, the way he drawled it out, the way he’d make-believe he was being nasty or something, the way he made-believe he was being cynical, so the tender way he made-believe he was being cynical. It was just all in the character.In praise of Character in the Bleak inhuman Loneliness”  – And in character, finally, it comes to some kind of generosity, I think, generosity of expression.

“28. Composing wild, undisciplined, pure, coming in from under, crazier the better” – That’s abandoning restraint and actually saying what you’re thinking – “29. You’re a genius all the time” – You’ll find that emblazoned on our posters for the poetry readings for this week. So, on the top it says “Keep track of every day the date emblazoned in yr morning” (so we could remind people what day the poetry readings were ) and on the bottom it says, “You’re a genius all the time”. In other words, same thing as “Be in love with your life” – 30. “Writer-Director of Earthly movies Sponsored & Angeled in Heaven” – So, character on earth, for no reason at all, except maybe some angelic eyeball will take a look at it some day, and if they don’t, there still some kind of human eyeballs around.

So that’s Kerouac’s, one of Kerouac’s really interesting essays on how to go about writing.

What I want to do then (because I’m not going to talk all the way through this, I think – but I’ve got five minutes more of just talk – reducing everything into a series of one-liners or slogans as mind-tricks for writing) – “No ideas but in things” – no ideas but in facts – “The natural object is always the adequate symbol” (Ezra Pound) -“The natural oject is always the adequate symbol” – In other words, don’t try and symbolize, don’t try and make a poem out of symbols, go back to the original experience, object, fact that impressed you and write what impressed you rather than some extrapolation of thought that sounds like a Socialist manifesto or a Metaphysical manifesto. In other words, the natural object, the icicle hanging by the wall, the milk coming frozen home in pail, Dick the Shepherd blowing his nail, is the adequate symbol of winter, you don’t have to work it up any more. (Chogyam) Trungpa – “Things are symbols of themselves” – Things are symbols of themselves. If you want to find the eternal character of the microphone, it’s the microphone. If you try… It’s the same thing as “To find Heaven in a Grain of Sand or Eternity in an Hour”? – What’s the (William) Blake line?. Anybody know that? – the line in Blake – Can you recite it please?

So, “No ideas but in things”, “No ideas but in the facts”, “The natural object is always the adequate symbol”, “Things are symbols of themselves”, “Take care of… Pay attention to minute particulars, take care of the little ones”. “Don’t stop to think of the words when you stop but to see picture better”, “Melopoeia, Logopoeia, Thanopoeia” (different, three different, pieces or parts of poetry, aspects). Those are suggestions for focusing the mind, and Williams adds one other thing, which is if you have trouble trying to describe a tree, or one object among a class of objects, all similar. How do you individualize or particularize a face, a tree, a sidewalk? You choose, or you flash on that aspect of the tree that makes it different from other trees, or that aspect of an object that makes it different from other objects of the same class – that tree with the broken giant bough on the north side, that tree which comes up with two horn-like branches to the top (those are actually examples from Williams). So you choose that mark, or characteristic, of a face, or a tea-cup (that Chinese tea-cup with the jasmine flowers with the crack along the handle – so it’s the crack along the handle that makes it particular and distinct from other.. tea-cups).

That is for fast sketching. If you were a sketch artist and you had to make a tea-cup…find the characteristic of that particular teacup, you have to find that crack or mark or design or shape or…check-point that makes it different from other tea-cups. So, surveying a room, or surveying a landscape, you have to fast pick out what’s unique about it, what one little picture-word will conjure up the entire landscape from just one thin stream running through the green fields, snaking their way through cottonwood, going along the river bottom – So that’s that landscape, outside of Lawrence, Kansas. Is that clear? –