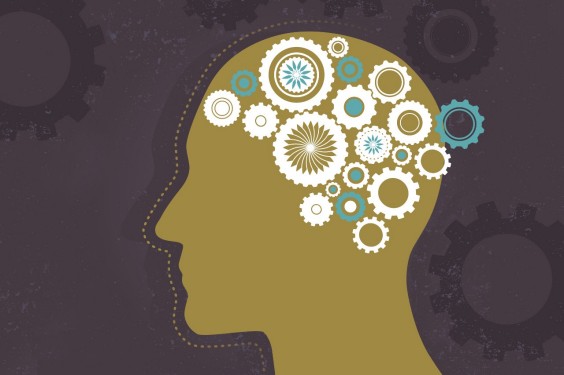 Now this I think is the key. How do you know (and he says this) the flow that exists in your own mind, (and) but how do you locate that flow? What do you mean by flow in your mind? What is this flow? So it’s a flow of words and a flow of pictures. And I would define the flow of words as (and the flow of pictures) as, tangible sounds, audible (tangible in the sense of audible) sounds, audible along the surface of the tongue, into the center of the throat, a continuously running tape going on all the time, which, if you are silent, you (can) simply tune in on, (like you just turn on the radio), and listen. In other words, abandon attention to all the background sounds and listen to the way you’re talking to yourself. Now, in that moment of silence, maybe, you heard along the back of your throat, “Now what did he mean by that?”, or something like some question, or some, “Yeah, that’s right”, or..  In other words, did..  How many here talk to themselves all the time? How many never hear themselves talking to themselves? – Really? – I don’t want to trick you into this thing  – that, actually, literally, how many hear themselves talking to themselves..often, let us  say, if not all the time? – Okay – so – of course, there’s many levels of talk. Sometimes it’s just horrible gibberish babble, and sometimes it’s real deep sorrowful, interior questioning – “Oh mama?”, you know. So, it’s a  question of working with that flow

How many see pictures all the time? – or how many often see pictures during their waking moments? How many never see picures of daydreams? – Well, daydream comes in pictures sometimes. (William) Burroughs insists that he doesn’t even think in words, he thinks in pictures all the time, actually.. Peoples’ phenomenal consciousness seem to be varied. Some people hear sounds. Some people think in rhythms. Andrei Voznesensky, the Russian poet, asked me what language I thought in, and I said, “oh English, or sometimes Spanish”, and he said, “I think in rhythm”. You know – da dada da da – da… Well, the question is, is it a statement?, or is some hoped-for goal to exhaust word patterns? I think that, if you write poetry, you’ve got to make use of them. I would say, rather than exhaust them, become aware of them. That which is shallow or useless will drop away as soon as you become aware of it, it’s just..it’ll be just drivel, but that aspect, those portions, of talk-to-yourself which are sincere talk, to your own heart, can be taken down as poems. I notice (that) if you want to rub out the word, get rid of the word, the way you do it is not to shoot it, because that only makes it resurrect bigger. It’s like suppressing the Jews, or suppressing porn, or something.  Yeah, just play it through and let the record play and listen to the record, sort of, listen to the tape along the surface of your tongue. (I’m saying “along the surface of your tongue”, because I think, literally, if one were to zero in, in awareness, where the interior monologue goes, it’s probably along the tongue, and back into the larynx).They say that if you put some very sensitive mic, along the larynx, that silent verbal thought that is unspoken does reverberate in the chord box. Is that so? Does anyone know anything about that? Anybody ever heard of this? Raise your hand if you have. Can somebody explain it more scientifically than me?  Yeah?  [Allen locates a Student] – if you can? – it’s a little awkward.  Could you pass him the microphone maybe? – just take it out and pass it along…yeah.. (is that microphone on? – yes, it’s on, go on) 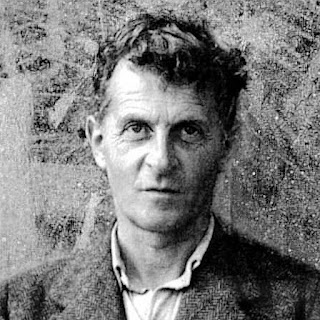 Student:  Well, actually, it’s Wittgensteinian linguistic analysis
AG: What?
Student: Wittgensteinian linguistic analysis
AG: What kind of? Wittgensteinian?
Student: Wittgensteinian, yes.
AG: Please speak very clearly because the echo in the room makes it hard to hear. Ok, go on.
Student: And in fact it was tested that whenever you are – quote “thinking to yourself” that your larynx is in fact moving in the verbal pattern as though you were speaking.
AG: Really? Who did the testing on that?
Student: I don’t recall.
AG: I remember reading about it. That’s why I’m saying this.. Somebody did a test, yeah. Do you know when that was?
Student: Well, the testing was actually done in the late nineteen-forties, and didn’t become particularly large knowledge among the intelligensia until Wittgenstein became more popular as a philosopher.
AG: And what was Wittgenstein’s generalization about it, do you remember?
Student: “Thought is..”  Wait a minute, sorry.. -“Thought is the manipulation of signs, and only the manipulation of signs”
AG: And how would that relate to an interior..?
Student: Well, he would make the claim that you are not thinking unless you are using words. That, what you were talking about, visual imaging, is not, by his definition, thinking.
AG: I see.  Well, I’m calling that thinking too – visual thinking. But the correlation I was looking for is, when you’re thinking in words, is there physical (activity) in the larynx? – and apparently there is according to tests.
Great.  If we neeed to talk, maybe we can pass the mic around…because (this) is being recorded. 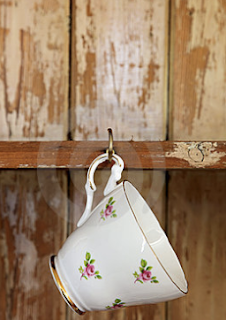 For the pictures (I was speaking now of sound), for the pictures, I think we tend to visualize or see, actually, in an area about two inches in front of the forehead to two inches inside the skull (like a little t.v. set, a visualization). I mean, when you close your eyes and see a picture.. Let’s close our eyes for a moment.. Picture an old tea-cup. Now where is that physically, in relation to the space of the head? It tends for me to be around above the eyeballs or into the eyeballs, or a little bit further out. Does anybody have any other ideas about that?