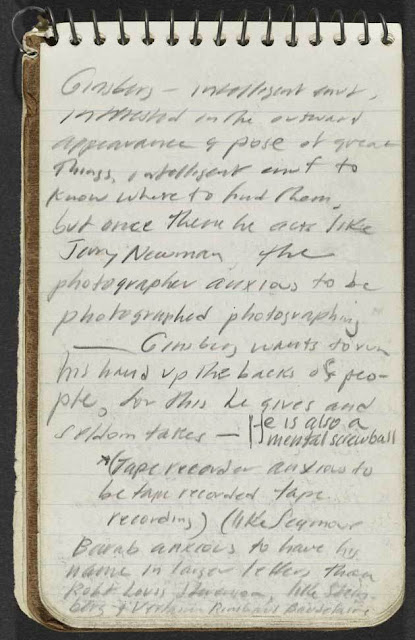 “Ginsberg – intelligent enuf – interested in the outward appearance and pose of great things, intelligent enuf to know where to find them, but once there he acts like Jerry Newman [sic] the photographer anxious to be photographed photographing. Ginsberg wants to run his hands up the backs of people, for this he gives and seldom takes – He is also a mental screwball – *(Tape recorder anxious to be tape recorded tape recording) (like Seymour Barab anxious to have his name in larger letters than Robert Louis Stevenson, like Stieglitz  & Verlaine, Rimbaud, Baudelaire” 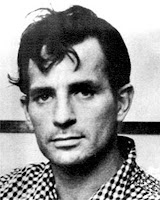 Rick Dale of The Daily Beat reminds us the annual, local-boy-makes-good, Lowell Jack Kerouac celebrations are coming up (early October) and offers a secret word.

Also in October, (actually, opening this weekend) – “We are continually exposed to the flashbulb of death” (the University of Toronto Allen Ginsberg photo show) travels to Nova Scotia – to the Mount Saint Vincent University Art Gallery – see here 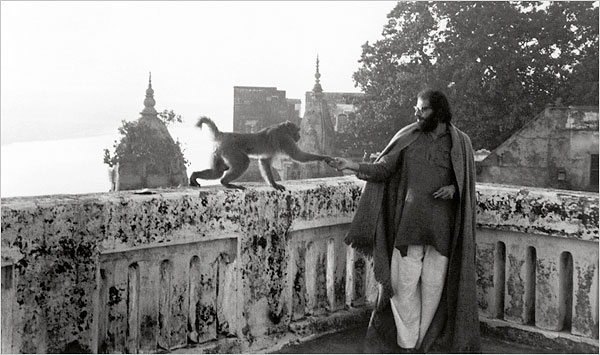 [Allen in India – “From Roof of Brahmin’s house wherein we’d rented third floor room six months, December to May 1963, could see past temple mandir tops across Ganges River to other shore. Our balconieshung over vegetable-meat market one side, other side overlooked sacred street down to Dasaswamedh Ghat bathing steps peopled by pilgrims beggars & cows; monkeys visited and snatched our bananas, Peter Orlovsky held my Retina, Benares India Spring 1963.” (Ginsberg caption) c. Estate of Allen Ginsberg]

Deborah Baker‘s Allen-in-India note, “Allen Ginsberg, A Calcutta Story”,  that we spotlighted here last week, (via The Sunflower Collective)  has been republished on The Wire and is available – here 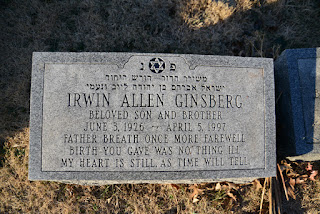 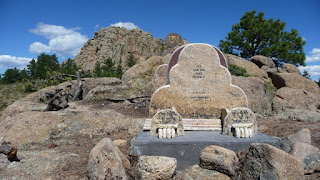 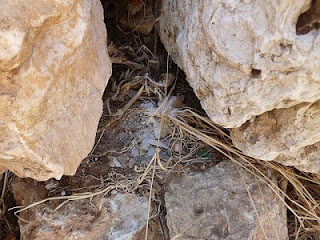 Steve Silberman‘s review for the Shambhala Sun of the Philip Whalen biography, Crowded By Beauty, is, naturally, a rave one – “not only one of the most keenly observed books on the Beats ever published, but..also a fascinating exploration of the life and dharma of one of the first American-born teachers” – Steve on “The Beat of Philip Whalen” – see here – don’t miss it