Creeley and Coolidge on Kerouac Q & A 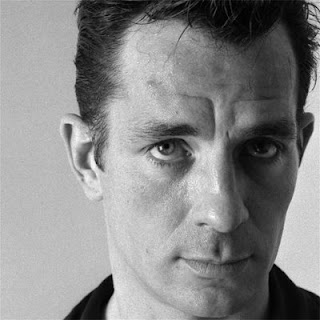 from Coolidge–Creeley-Warren Tallman panel at the Kerouac Conference at Naropa, 1981

Questioner: I just have one that relates personally. I’m from Montreal and Jack (Kerouac) did a lot of traveling around, and also, obviously, his family and the French-Canadian connection was very important, but I’m not sure..if he ever traveled in Quebec…I just wonder.. I wonder if you know of any (time) in his travels he ever made it to Quebec and why his… Does anybody know anything about that? –  and why he never made it up there in his travel(s)?

Clark Coolidge: Up where?

Questioner: Up to Quebec

Clark Coolidge : I think he did, actually

Warren Tallman: I think Jack was very shy about his French-Canadian origins. He made the connection with France as in Satori in Paris. He seems not to have paid much attention to where his Dad came from and where his mother came from.

Robert Creeley: Well, in Doctor Sax, he has that charming rehearsal of the family geneology which takes off into vast and terrific dimensions…

Clark Coolidge: Anybody else? Yes?

Questioner:: I just wonder if you might clarify for us…the relationship between Jack’s feeling for divinity and his mode of more spontaneous expression, and his mode of what we refer to as scriptural expression? – Is that clear? His.. maybe to put it more simply, his.. did he feel.. would you say that he felt a greater feeling of divinity when he was writing more spontaneously or did he feel a greater peace and feeling of divinity in his more scriptural writings? What I mean by “divinity”, I suppose..

Clark Coolidge: Well, I think I recall that he made a statement in his works somewhere that he felt that his holy duty on earth was to write. So, therefore, there’s your connection right there. As far as the difference between scripture and spontaneous, why not? – I mean, you could… He did a great range of things. I was also thinking of the Buddhist interest possibly. I remember Phil(ip) Whalen saying that Jack was very interested in the literature of Buddhism, the imagery, the words, and that almost seemed like a writing inspiration. I mean, the Catholicism was the strong religious hold right through, wouldn’t you say? (if that answers you, I don’t know if Bob or Warren have anything)

Robert Creeley: I don’t have anything to add.

Questioner: You said something about.. memory and dreams in Doctor Sax…

Questioner: .. and I’ve got it (written down) here, it says that memory and dream are intermixed in (his universe)

Questioner:  and, Clark, you also said something about..  (that) memory and dream are the same as chord changes in a.. in a musical stanza. I wonder if you could elaborate, please, on this?
I mean, I’m curious. It was a.. memory.. He was a recording angel, he was  “memory babe

Robert Creeley: Well, the most simplistic way to put it would be like the old time of..like CBS radio sense of “You are there”. I mean, like.. you want to know what it was like, and you were there. There’s no..  In other words, there’s no distance, Again, thinking of the habits and the attitudes of the time and place, one of the insistent academically-sponsored attitudes towards writing, as a, you know, as a competence and significant activity had to do with the premise that it should be conscious of its proposals, what it had in mind to say, and then should work to the most resourceful and competent realization of what was in mind to say in words. In other words, it was very much like the sense of a deft, hopefully, cook,  getting together the necessary ingredients and baking a cake, or whatever else, you dig it?. But it was not the experience of language as an agency in its own authority. It was like using words to say something. And then, that became peculiarly difficult. I mean, (Franz) Kline, paradoxically, put it most brightly by saying, “If I paint what you know, I’ll bore you. If I paint what I know, I’ll bore myself, therefore I paint what I don’t know”. And that was the most succinct way of putting what was seemingly the activity in writing..So that, if one thought of memory as trying to remember where you left the car-keys, or who was there? who was that person that I saw you with last night?, you know, that kind of sense of tracking back to established-quote-facts, forget it! – I mean, that wasn’t… You remember it by forgetting that. As he (Kerouac) says in the initial paragraph of that book, “I won’t make the experience of myself a judgment on what’s coming here to be said. I won’t.. you know. I will trust it being said as I write, I will trust my saying it, not what I think I’m saying. So I will absent that monitor, or that judgment, from what’s coming to be said. That is, I won’t take the text around, practically speaking, to friends, e.g. family, and say, “Was that what happened?” – you dig? – Anyone, again, in writing, and in no pretentious sense, who knows this, realizes that what you say, is what’s true – ha ha! – sorry, folks! – And.. like, as Allen terrifically, at one time, said, “Everybody’s right!”. You don’t make mistakes in that place. It has nothing to do with whether you were or were not with XYZ, you know, on Friday-night, September, 1936, you know. It’s what you are.. in being there.. Anyhow.. that’s.. So I didn’t want in the talking of this book as an extraordinary text of memory acts, to confuse it with some sense of recollection, you dig it? – It’s a fantastic act of recollection, in fact, but it’s not the point, you dig?..It’s the act.. It’s being in the memory, where memory fuses, as do dreams, into a real place of being where you really are there.

Warren Tallman: Bob, that reminds me, because you’re the one who, years ago, mentioned it to me, very much like when somebody asked Philip Whalen about that difference, he said, it’s “Like I Say“

Clark Coolidge: Also, on the memory chords and the idea of blowing, I think one source of that, in my mind was the wonderful description that Phil Whalen gives in an interview in his book of interviews called Off TheWall, where he describes Kerouac typing away on a novel, and he physically has the pocket notebooks which you sketched in at the time. And he would type a while, and then flip the page, and look, and maybe laugh, and maybe type something up, change it maybe, flip a few more pages – and, I mean, he was actually riffing off sketched writing. I mean actual writing, not memory, back in the head, oh god what is it?, but actual words.  And that’s what gave me the idea that it really is like a jazz improvisation, where you know certain chords and you improvise.. Improvisation is at the heart of Kerouac and much writing. Does that help?

Questioner: You don’t seem to get a lot of energy from depression..

Questioner: What sources of depression did he..were his..

Robert Creeley: What were the sources of depression?

Questioner: At that time in the ‘Fifties, and leading up into the ‘Sixties..

Robert Creeley: There were a lot of things you’d feel depressed about in the “Thirties, beginning with “The Great Depression”! (Well, quick thinking, that was a great name!) and.. anyhow, there was a lot that if you, quote-put-your-mind-to-it you could find to worry about, especially in a household that had, like, such a various and emotional diversity of people – and the death image, I presume, you know, that must have been insistent. The book, Doctor Sax, I’ve been re-reading it, it’s incredibly strong on death, you know. It’s like a.. Again, New England is the great place that you… If anybody’s feeling like dying, do come to New England, right?- we need you! – but.. it’s.. anyhow.. What am I talking about?

Robert Creeley: Getting depressed!  That’s a practical instance of the technique! (laughter) – Warren? Any more?
(silence)