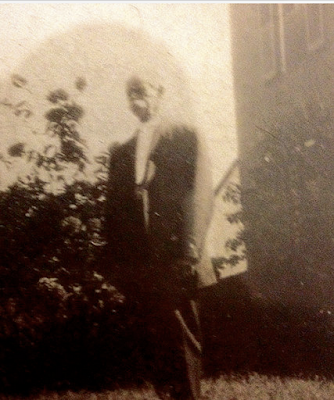 A wonderful thing – “On July 18, in a moment of belated poetic justice, a stone will be laid on the otherwise unmarked grave of Thaddeus Marshall, an African-American street vendor from Rutherford, N(ew) J(ersey), noting his unsung contribution to American Literature” (from Jennifer Schusessler’s illuminating article in last Monday’s New York Times – “The Forgotten Man Behind William Carlos Williams’ s Red Wheelbarrow”)
Schusessler spotlights William Logan‘s exhaustive research into the poem in the current Parnassus (including his uncovering of the identity of Marshall, the real-life owner of the actual object)

Here‘s Allen Ginsberg’s discussion of it: 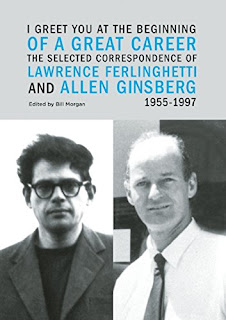 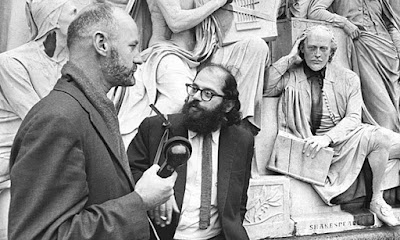 Jonah Raskin: How do you feel about your correspondence with (Allen) Ginsberg appearing in print?
Lawrence Ferlinghetti: I never expected the letters to be published. Elaine Katzenberger at City Lights wanted them in a book. Allen’s letters are always interesting, mine, less so…
Jonah Raskin: I was surprised by the playfulness of your letters to Ginsberg. You call him “Gins”, “Ginzap” and “Cher maitre”
Lawrence Ferlinghetti: I was his editor and publisher, but I was not a part of his inner circle. He never once said a word about my poetry.
Jonah Raskin: I think Ginsberg was the only person to call you “Larry”
Lawrence Ferlinghetti: Anyone who shows up at City Lights and says, “I’m a friend of Larry” isn’t a friend of mine. Lawrence is a family name. I’m fond of it
Jonah Raskin: At times you seem to have been Ginsberg’s therapist.
Lawrence Ferlinghetti: I didn’t think of it that way. He was overseas and very far out. By comparison with his work, mine is square. I was the guy at home minding the store. He was on his trip. I was on mine. My poetry is heterosexual..

Ferlinghetti sounds a similar note in this extended piece in last Saturday’s Guardian by Colin Robinson – “Somebody had to mind the shop” – (Robinson talks with Ferlinghetti about “a confluence of significant events” –the Ginsberg-Ferlinghetti letters, another book (his travel writings appearing in the Fall, the 60th anniversary of City Lights and the 50th anniversary of the International Poetry Incarnation at London’s Albert Hall (a crucial ‘Sixties event).

Another crucial ‘Sixties London event, where Allen was in attendance – the 1967  Dialectics of Liberation Congress will be celebrated next Wednesday at London’s Roundhouse. For more information both on the original event and its 2015 manifestation, see here

Jack Kerouac at the auction houses. Another major Kerouac discovery announced here   A previously unseen letter to his literary agent Sterling Lord is up for auction on line (closing 7 o’clock next Wednesday), a proposal for a book never completed, “Spotlight” – “Here’s what I’ll do with SPOTLIGHT. I’ll use my public appearances on tv and lectures as rungs in the ladder of the narrative. In betwixt, I can throw in more private matters, such as my two physical beatings in bars (‘Spotlight’ indeed) and other things, but the main tale will be  I’ll start with when I’m living on that backporch in Florida with my Maw in 1957, broke, arguing> what to but for dessert because we have no money for meat, and suddenly Time magazine comes in to interview me about the upcoming publication of ON THE ROAD. At which time, also, I have the mumps, caught in Mexico City earthquake of August 1957″…..”p.s. I’m using the title SPOTLIGHT because that was the name of my father’s old theatrical newspaper in Lowell when he used to play cards with W.C.Fields, George Arliss, and George Burns backstage at the old B.F.Keith’s theater (of the Keith’s circuit) in Lowell. The title will honor the memory of his own work. I really don’t think we have to say BEAT SPOTLIGHT as I originally proposed, unless the publishers think different, just as long as spotlight is in there. And of course no changes in the prose…” 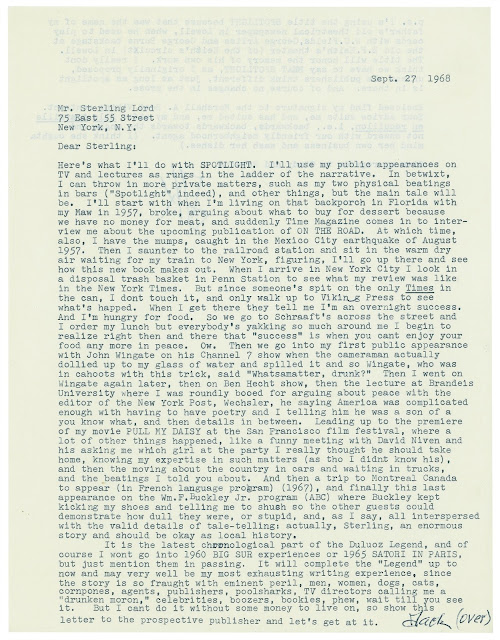 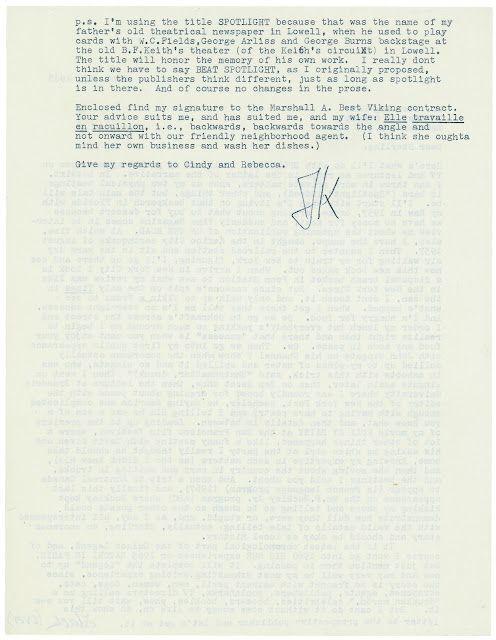 Jack and the boys. The Beat Generation and sexism. We’ve revisited this troubling area before 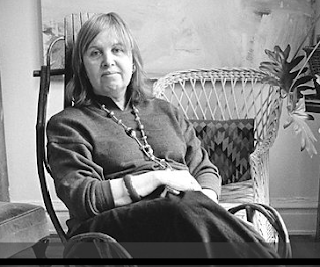 The Beats on Spotify. We’re alerted to a 249 track, 18-hour playlist of readings courtesy our friends at Open Cultureand from the Harvard Law School (Houghton Library) – did you know that at one time you could have purchased Allen? (for the bargain price of $1, 650,000 !)