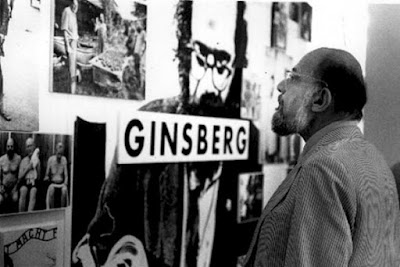 Sometime since we noted great Ginsberg parodies – Remember Yelp? and Tweet? – even “Peter LaBarbera” (!) – Filip Noterdaeme has taken it one stage further, not just revisiting ‘Howl” (the opening poem) but that entire book! –Growl and Other Poems will be published by Lit Fest Press in the Spring of 2016. Meanwhile, here’s the opening salvo,  “Growl” (and Noterdaeme on the thinking behind it)

here for here,
here  for here 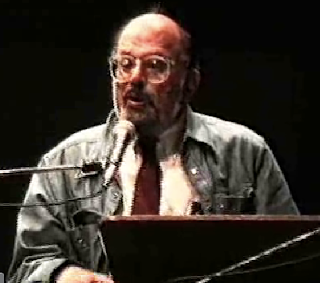 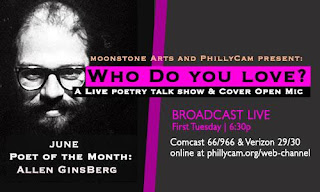 Clark Coolidge begins teaching Ginsberg at Naropa next week (as part of the Summer Writing Program) – and, as Thurston Moore points out, he too – “My class will focus on Allen’s work vis a vis his recordings and his relationship and inspiration to recording artists ((Bob) Dylan, Patti (Smith) and all). Clark and I will join forces with our classes on the last day”Clark Coolidge and Thurston Moore may be viewed in performance together – here