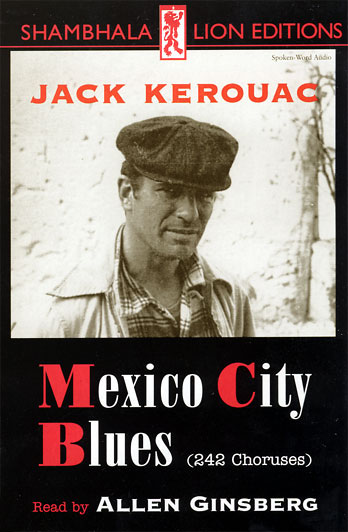 In 1996, Shambhala Publications (for their Shambhala Lion Editions) produced a two-cassette audiobook (that ran for just under three hours) – Allen reading the entire Mexico City Blues.

We’ve featured Allen reading from Mexico City Blues before (see this 1975 Naropa class –  and, as we mentioned there, by way of contrast, a later, 1988 Mexico City Blues class)
Here‘s the first ten sections from the Shambhala recording

So, a brief shout-out for that Shambhala audio. Hopefully it’ll be back, back in circulation  again real soon.