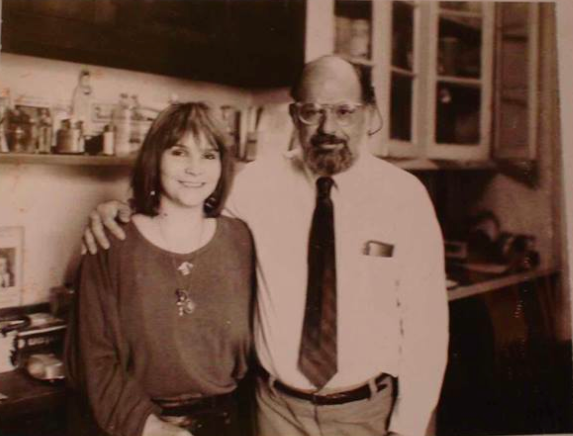 Rose “Rosebud” Feliu-Pettet,  a long-time friend of Allen’s, author of the definitive account of Allen’s passing, passed away herself this week. She’d been suffering from a particularly virulent form of cancer, bile duct cancer She was 69.

For more of Rosebud on Allen – see here:  “Well, I met Allen a long time ago, about 1964,  I was living in this crazy dinky kind of collective called Kerista, a sort of benign Manson family [sic] . There were about eighteen people living in a store front on Ludlow Street (on New York’s Lower East Side), and one day Allen came by…I didn’t have a clue who he was, although I’d read Howl and been wildly impressed, so when this oddball beard guy appeared & was so sweet, I got down & laughed & sat on his lap & tickled (him) and asked him his name. Allen was pretty surprised I think that some school girl liked him, just for being a fine guy.”  “So, he said, “If you ever need a place to stay, come over to my flat”, (5th Street then and Avenue C), and I did, for a year or two. He was always like UncleAllen, the guy you borrow a cup of sugar from down the hall. Sweet. But he worked always, hard, every day. Locked in the bedroom. Refuse(d) the phone – Wrote for two to three hours – Always reminded everyone to WRITE DOWN THEIR DREAMS”…
“I think of Allen at his farm in Cherry Valley, Allen in gumboots, Allen eager for rock & roll, Allen being considerate to all the folks who ask him for favors, Allen being a dirty dog with all the pretty boys. I love this guy.”

Rosebud’s account of her life with Harry Smith (she was his “spiritual wife”) in Paola Igliori’s American Magus – Harry Smith: A Modern Alchemist is also, it should be pointed out, essential reading. 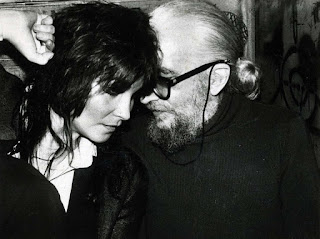 and here’s her in 2010, at the St Marks Poetry Project Memorial for Peter Orlovsky

Another “fan” of  Allen’s – the new U.S. Poet Laureate, Juan Felipe Herrera. From a profile piece this week in The Guardian: “When he (Herrera) speaks of Ginsberg now, it’s in the reverent tones of a worshipper: “He didn’t back up, he didn’t shy away, he didn’t censor himself, he wasn’t afraid of his body, he wasn’t afraid of being gay, he wasn’t afraid of exposing what was not exposable in society…”
“He was right about the poem being a mind-breath, Herrera adds, “Each word depends on how your mind breathes.”   . 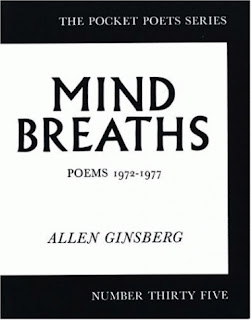 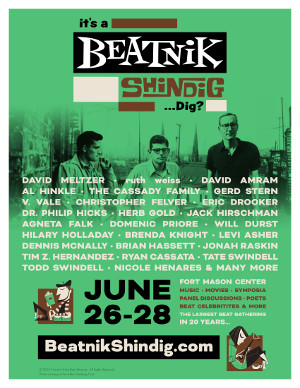 It’s the Beatnik Shindig next Friday – Jerry Cimino’s ambitious gathering takes place in San Francisco.  For all the details of all the activities (“the largest Beat gathering in 20 years”) go to BeatnikShindig.com. [2018 – this link is no longer available]

Among the (many) highlights – Philip Hicks’ talk, the psychiatrist who, back in 1955, gave Allen the green light (“How doctor helped Allen Ginsberg accept himself“)
and 89-year-old  Al Hinkle (“Big Ed Dunkle” in On The Road), a “national treasure”, a font of authentic Beat lore 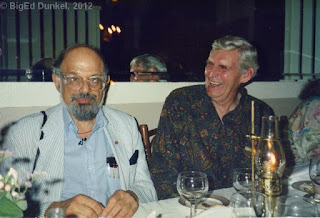