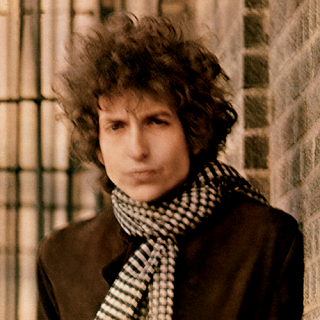 ‘To live outside the law you must be honest” (Bob Dylan)

AG: Now most people’s intelligence in poetry when they’re amateurs comes from just imitating other poems and recycling used poems, basically. There’s a possibility (like in T.S.Eliot and others) of referring back and having a pun, but most people just repeat other people’s poetry and other people’s ideas and it’s like a tape-machine of everything that was learned in grammar school, with a Romantic idea of “I want to be a big egotist, so I’ll be a poet, and I’ll repeat what I heard in grammar school”.
So for (a) teaching method what I’ve always wound up doing is trying to bring it back, then, to the senses, to the eye and to the optical. Simply, that’s the one place you can actually nail it down to some reality you can see. Or to the ear. The problem with depending purely on melopoeia  (melo-poesia),or the problem of teaching the basic of poetics as melopoeia, (is that) everybody’s got a pretty good ear alright, but they tend to imitate other people’s sounds with dull pictures and usually re-use other people’s sounds, so it’s not like a firm or clear enough basis to get a toe-hold on the solidity. You can get away with too much. And there’s too many examples of senseless beauty in rock n’ roll lyrics, or in (Bob) Dylan, whose every fourth line is one of pictorial genius, with three other lines that are of pure sound melody to fill in the music, in the early work. Later on, he wanted to fill in the holes and didn’t want any more of that. He wanted every line to be sensible. There was a time once (when) Robert Creeley and I listened to, I think, Blonde on Blonde and tried to figure out how many lines of genius there were in relation to how many lines of just filler for the cycle or the melody, and we came to about one in four. But every fourth line was real genius.

Oh, okay, a genius in logopoeia – “To live outside the law you must be honest”. That’s logopoeia– “the dance of the intellect among words”, witty, incisive, sharp, shrewd use of language. “To live outside the law you must be honest” – that’s good as logopoeia And that’s something that everybody knows. See, there’s no picture there (except maybe “outside” suggesting some space). There’s no picture there. It’s all generalization. But it’s generalization used so freshly and originally (and) the words recombine so curiously (curiously, I guess that would be the right word, the words recombine so curiously, recombine so curiously) that it actually does take on a fresh, incisive meaning that alters people’s minds and makes them get to another space or clarifies their confusion. In our modern (world) that’s the most brilliant and best-known example of logopoeia, probably – “To live outside the law you must be honest”. I asked Dylan what he thought his best line was and that was the one he said. And at the time I hadn’t noticed it (and didn’t quite understand what it meant, and was ideologically obsessed with pictures), and I said, “Ah, you must have something better than that?” (this was) in a telephone conversation). He was really disappointed that I didn’t appreciate it. And Iwas disappointed, later, that didn’t appreciate what he was offering, actually.

AG: No, that may be. There may be… There is that possibility that other senses are…others’ auditory or language senses are more developed than their visual perception. But there’s another point of view which is – So people might be more specialized. There are musicians who can’t put words together. There are musicians, yes, who can appreciate rhythm and sound (the rhythm’s part of the melopoeia I forgot). But, practically speaking, apparently, in brain area..  I think the largest brain area is the eyes, isn’t it?  in terms of the surface of the brain area? That seems the most prominent occupier of our consciousness. It’s like a great scoop in our consciousness. It’s this big space that we see, and seems the most commonly-used sense.