Meditation and Poetics – (A Little Focus on Detail) 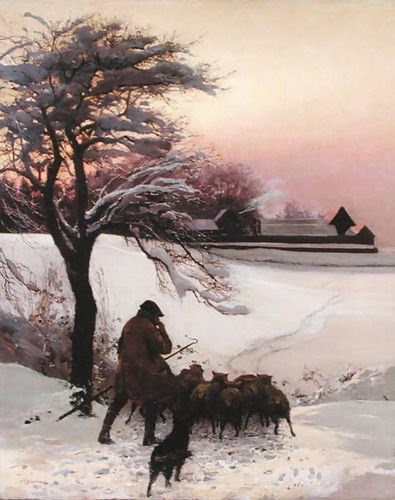 Detail? – How much detail? I was quoting Shakespeare  earlier today to Francine (sic) when we were talking about the problem of what is detail, or what is accuracy, and one ideal is the Shakespeare song, “When icicles..” – on winter – “When icicles hang by the wall,/And Dick the shepherd blows his nail..”,”And Marian’s nose is red and raw” [Editorial note – “And Marian’s nose looks read and raw”] – “And milk comes frozen home in pail”..”And crabs are roasting in the bowl [“When roasted crabs hiss in the bowl”], or something. (But) to conjure up winter without saying winter – by means of  “objective correlatives” that is, objects that relate to winter-time (as you might in a haiku also – haiku being divided into Spring, Summer, Autumn, Winter) – is the trick, the gimmick. The gimmick is to find what T.S.Eliot called ”objective correlative(s)” for your generalization, whether it be an idea (Winter) or a sensation (an ecstatic vision in which you see the green shoot tips ofthe Spring tree-branches waving delicatetly in the sunlight). You still have to have some detail to indicate your own presence, and your own consciousness. And the clearer the detail, the more lucid or the more illuminated the consciousness indicated.

And one characteristic of either ordinary mind, properly understood, or mystical mind, has always been microscopically detailed perception rather than blurred generalization – “Marian’s nose looks read and raw”, “Dick the shepherd blows his nail” (is), if not microscopically detailed. so precise and so exact that you don’t have any trouble identifying what the guy’s talking about – the chill, the cold, the wind, the snow, the outdoors, outdoors into indoors.”