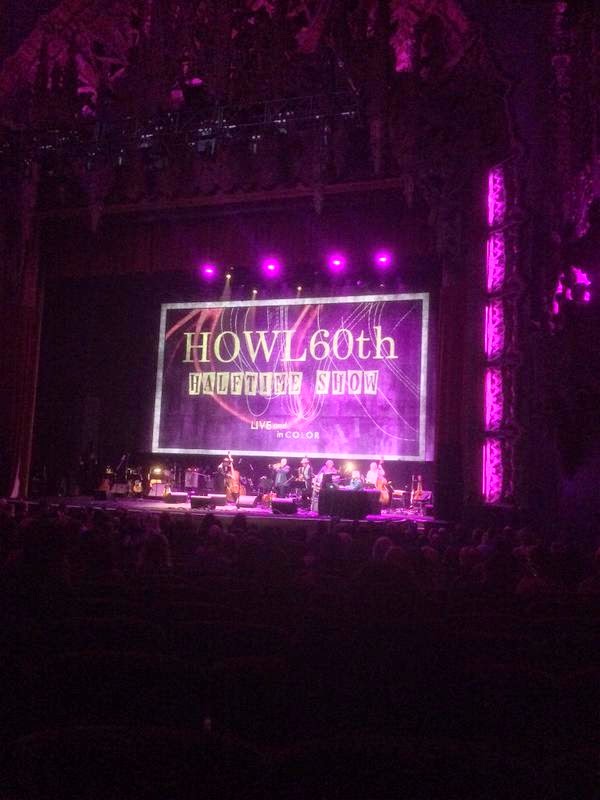 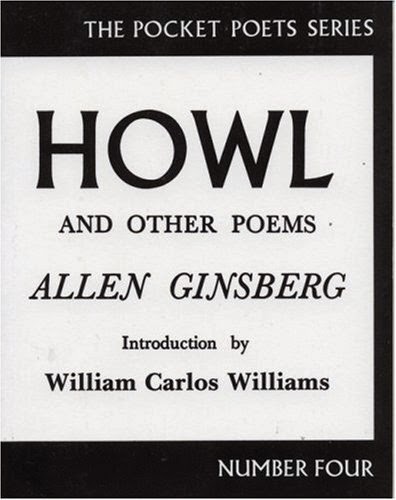 Hal Willner‘s ” 60th anniversary celebrations in L.A for “Howl” this past week turned out to be a grand success

From Tim Grierson‘s account of the evening, for Rolling Stone
“Nearly 60 years after its first public reading in October 1955, a concert was held in downtown Los Angeles to honor “Howl”, Allen Ginsberg’s epic zeitgeist-chaneling poem that wrestled with sexuality, creativity, drugs, capitalism and the contradictory forces that were shaping mid-century America. Although not as consistently revelatory as the poem itself, “A Celebration of the 60th Anniversary of Allen Ginsberg’s “Howl” could be as demanding, playful, funny, moving, defiant, overwhelming, exhausting and proudly idiosyncratic as its namesake…”….”True, “A Celebration..” meandered and dawdled on occasion, but the evening’s clear highlight brought the focus back to the man (and the poem) of the hour…

And “the evening’s clear highlight”? – “(Hal) Willner came on stage with actress Chloe Webb, a little more than halfway through the night to perform excerpts from “Howl”… Backed first by strings and upright bass, before drums, pedal steel and guitar entered the mix, Willner and Webb read (from) Ginsberg’s infamous poem, letting the timeless power and mad swirl of his words create a panoply of dazzling mental images of a nation hurtling towards an exciting, uncertain future. By the time the two performers had gotten within spitting distance of the conclusion….there was a palpable energy in what was otherwise an often laid-back, polite crowd. The marriage of music and words, even words that are 60 years old, made the room seem stirringly alive, random audience members letting out whoops of pleasure and approval throughout the reading. Suddenly, “A Celebration..” lived up to its name, honoring a community of artists profoundly altered by the work of Allen Ginsberg.”
Willner and Webb received a standing ovation.

Actor, Tim Robbins: “I am a Ginsberg fan, I’m a fan of his writing but I’m also a fan of his soul and how he lived his life.”

Among the highlights –  Here’s  Steffie Nelson on the New York Times “T” blog:

Ginsberg’s passionate and playful spirit animated all the performances, from Amy Poehler and Chris Parnell rapped  Ballad of the Skeletons to Devendra Banharts rousing rendition ofGinsberg and Bob Dylan’s “Vomit Express“, featuring a gaggle of back-up singers, one of whom was dancing precariously in a papier-mâché bull’s head. The unlikely pairing of Will Forte  and Peaches produced one of the show’s most engaging bits, with their frenetic, free-jazz version of “Birdbrain“, a punk song Ginsberg recorded in 1981….Petra Haden‘s soaring interpretation of “Father Death Blues” had been suggested by Willner as a tribute to her father Charlie Haden who passed away last summer..”

The poem will get another public airing tomorrow in San Francisco – see here. 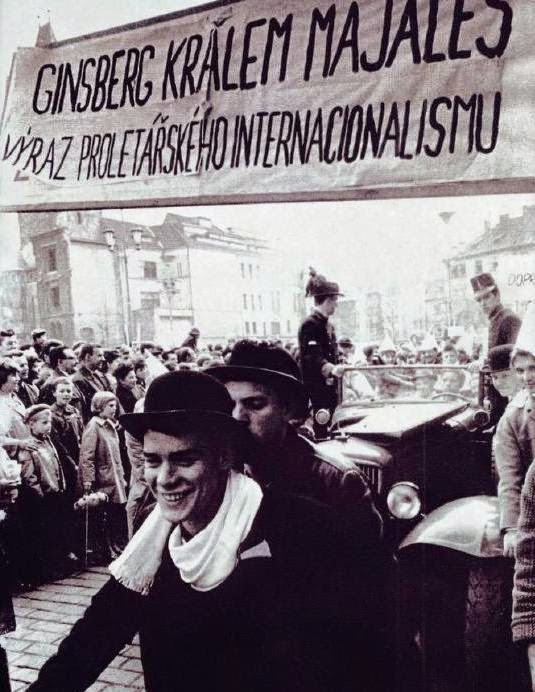 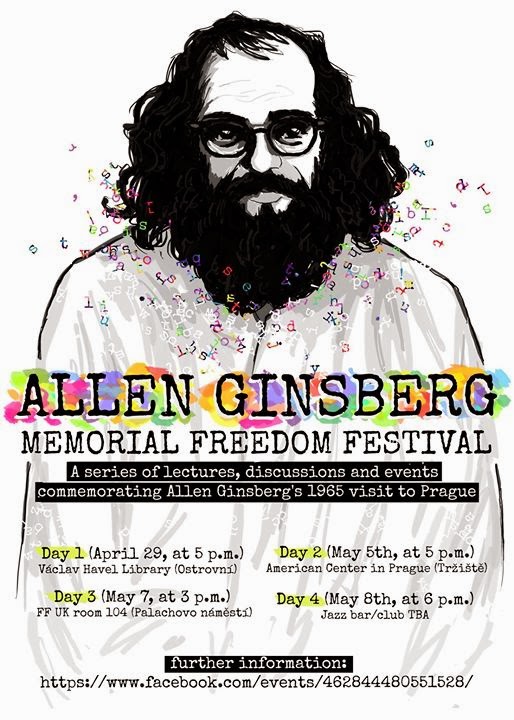 Allen as a teacher – Longreads, this past week, re-published Elissa Schappell‘s lively,  informative and extended essay, “The Craft of Poetry: A Semester With Allen Ginsberg” (which first appeared in 1995 in the Summer issue of the Paris Review – and was later included in their 1999 collection, Beat Writers At Work)  – “The education Ginsberg provided me exceeds the bounds of the classroom, and far beyond the craft of poetry, Look inward and let go, he said. Pay attention to your world..” Abandon All Despair Ye Who Enter Here – the blog from our good friends at City Lights can always be counted on for stimulating content. Here’s two of their recent posts (in case you might have missed them) – Ryan Hass surveys “The City Lights Books of Jack Kerouac”, in particular, the books of poetry – and Garrett Caples pens a note (an obituary note) on the great West Coast poet and filmmaker, Richard O Moore.

John Giorno once famously described him as “the last Beatnik”) 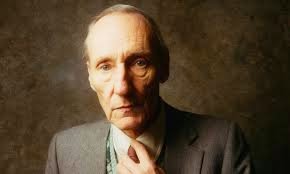 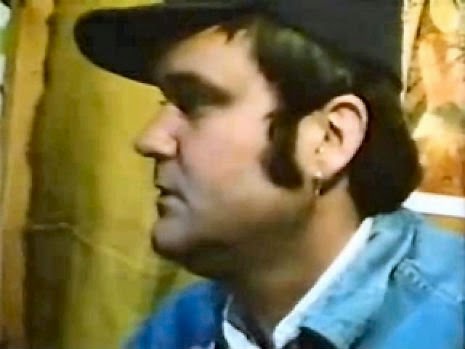 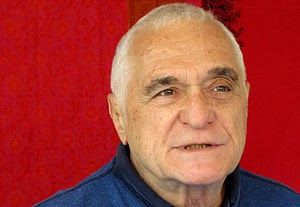 And speaking of John Giorno, his exhibition of paintings and recent works-on-paper opened last week at the Elizabeth Dee Gallery in New York (it’ll be up until May 9th – Giorno will perform at the gallery on May 8th – the day before the closing). In the Fall, his partner, the painter Ugo Rondinone will curate a major retrospective of Giorno’s work  entitled  “I ♥ John Giorno”, scheduled to take place at the Palais de Tokyo in Paris. 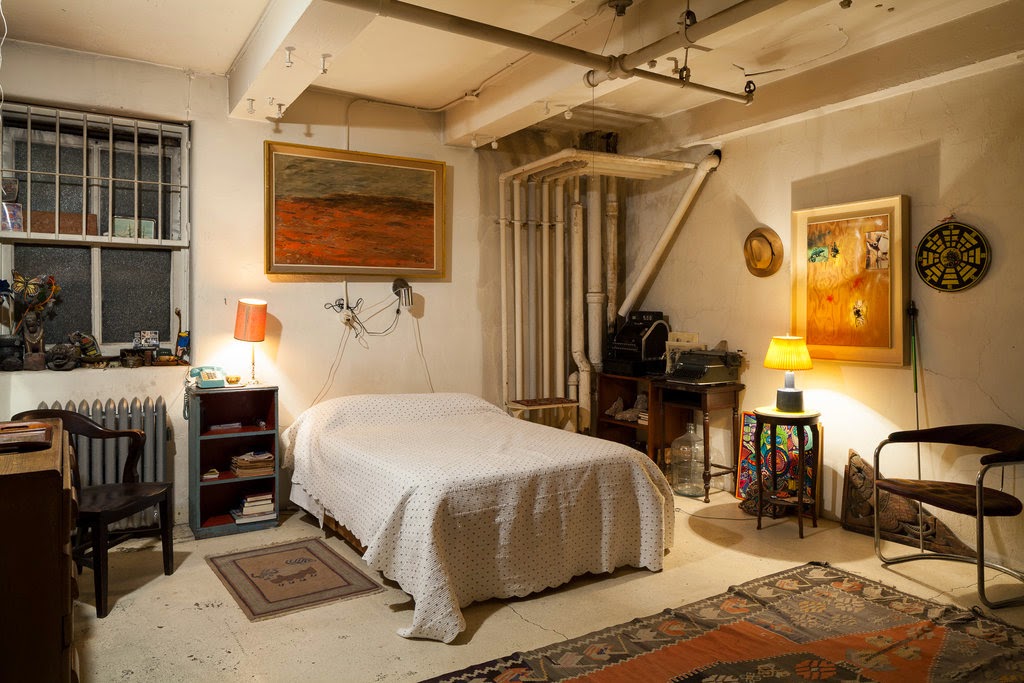 John Giorno (resident/custodian of William Burroughs’ “bunker” and a survivor)  is profiled here and, again, here 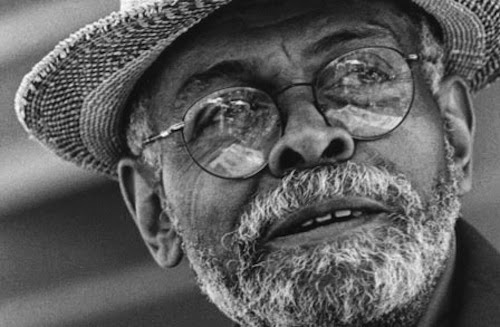