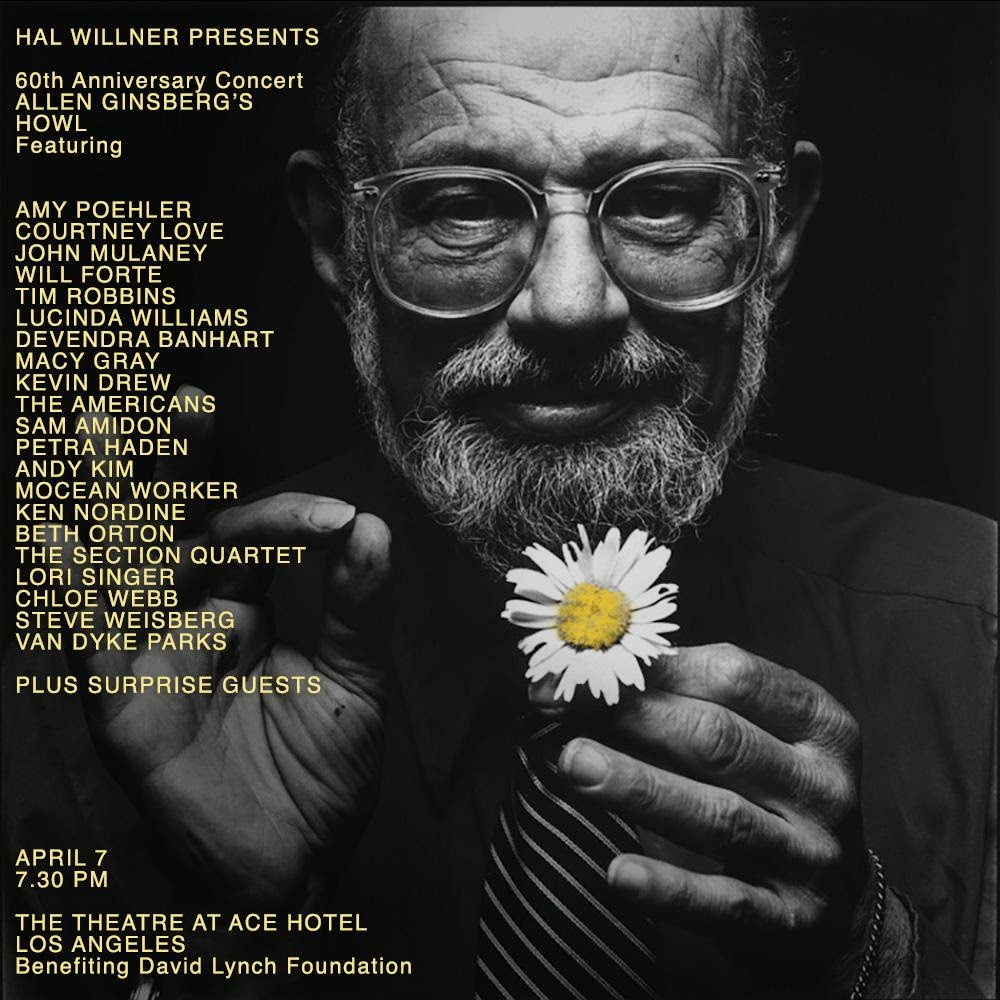 Next week (next Tuesday) is  Hal Willner’s LA “Howl” extravaganza.

The following day is Earth Day – courtesy WNYC’s Spinning on Air, in New York, at The Greene Space  there’ll be an Earth Day Special with Patti Smith, Anne Waldman, Laurie Anderson and others – A live web-cast of the event will be available here.

The following day –  Thursday April the 9th – (for all you poètes maudit) is Charles Baudelaire‘s birthday.

This Sunday at City Lights, Marc Olmsted reads (in honor of Allen’s own Parinirvana (April 5th, significantly, one day after Trungpa’s). 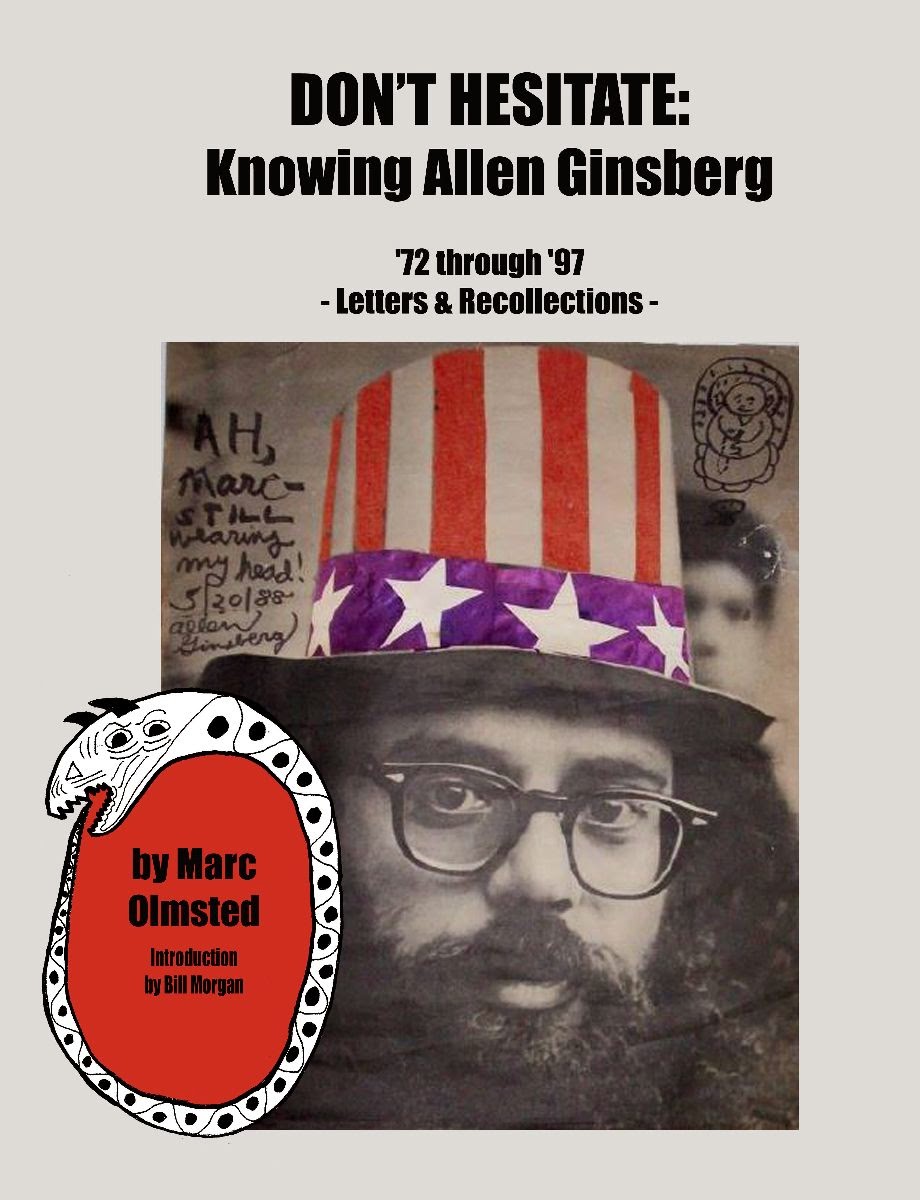 Allen’s “Wichita Vortex Sutra” – a two-part podcast on the poem on Nine Mile Magazine’s “Talk About Poetry”, a lively and extended discussion can be heard here and here.

Here’s the “op-ed” on April Fools Day from the local newspaper (the Hartford Courant) declaring it up front “an obscene poem” – A what? – What do you think?

“For the first time, Dr. Philip Hicks, psychiatrist to Allen Ginsberg in the mid-1950’s will give a talk on the cathartic conversation he shared with a young Allen, which led him to become one of America’s most celebrated poets” – “In 1954, Dr Philip Hicks was a young psychiatrist at Langley Porter Clinic (an extension of UC Berkeley Medical School) in session with a young patient, an aspiring businessman. Dr Hicks asked, “What wold you really like to do?”. That patient was Allen Ginsberg and that question became a crucial catharsis – the realization that it was okay for him to quit his job & write poetry, that it was okay for him to date men instead of women. This at a time when the American Psychiatry Association still classified homosexuality as a mental disorder. That conversation changed Ginsberg’s life, and this (this occasion) will be the very first time Dr Hicks has spoken publicly about it.”

More on the Beatnik Shindig on the Ginsberg Project in the coming months.