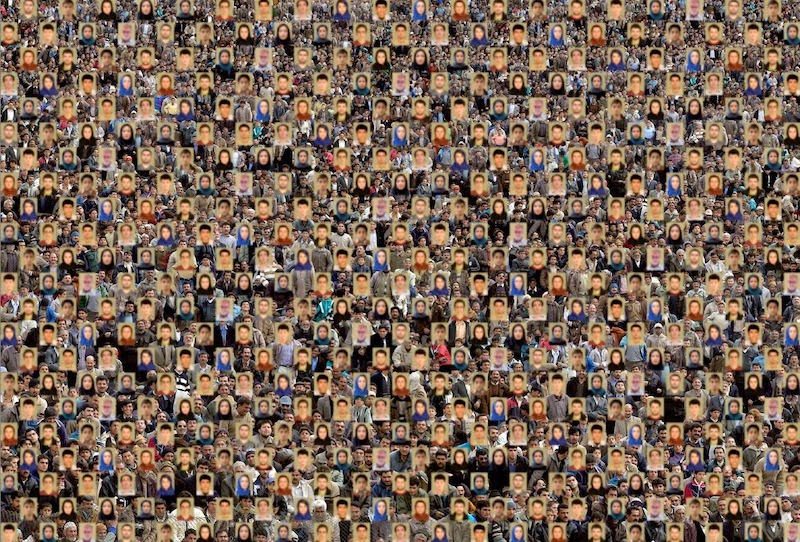 AG: I don’t know if Reggie (Ray) went over the Bodhisattva vows – all four? – did he? (I think he went over three or something) but I’ll go over it once (not as Buddhism, but just as ordinary mind thoughts, the sort of thoughts that you’d have as a kid, or that you’d find expressed in (Jack) Kerouac or in (Percy Bysshe) Shelley. Remember we began with Shelley’s, the end of, “(Ode to) the West Wind”  – “Drive my dead thoughts over the universe/ Like withered leaves to quicken a new birth!,/ And, by the incantation of this verse,/ Scatter my words..” – what is it? – “Scatter… Ashes and sparks my words among mankind!”. [Editorial note – “Scatter, as from an unextinguished hearth/Ashes and sparks, my words among mankind!”] – That’s some by-product of the bodhisattva impulse – to penetrate throughout space and enlighten all space and save all sentient beings. And you’ll find it in (Walt) Whitman, you’ll find it in almost any heroic, angelic poetry (like Kerouac’s notion of himself as “the recording angel”, wanting to keep a complete record of all of the epiphanous moments of his existence, to be “The Great Rememberer”). There is some kind of real hot artistic impulse that all of us know and all of us have admired in Kerouac’s work, or equivalent heroic expansive works (especially in Whitman), which the Buddhists have a formulation for. Maybe too narrow a formulation, but I want to lay that out clearly so you get their angle. I have it myself in a pre-Buddhist form in “Kaddish”. There’s a spot where (I’m) talking about going on the ferry-boat across the Hudson River to take my entrance exam to Columbia University, praying. I got down on my knees and prayed that if I passed my exams so I could get a scholarship (and then) if I could go to Columbia, I would vow to use my future to save the working-class (some kind of adolescent impulse which actually prefigures our ultimate choiceless awareness, our ultimate fate, whether we like it or not)
[“Prayed on ferry to help mankind if admitted – vowed the day I journeyed to Entrance Exam…”]

Of course, there’s a trick in there, which is that when the self disappears, or self is enlightened, or when egolessness arrives, then you’ll see that everything is already enlightened, so actually it works two ways  – “Sentient beings numberless, vow to enlighten all” (that’s totally Shelley-an, totally Whitmanic, as an ambition.  As a poetic ambition, that’s certainly the highest and most noble, and most recognizable, poetic ambition – to enlighten the entire universe)