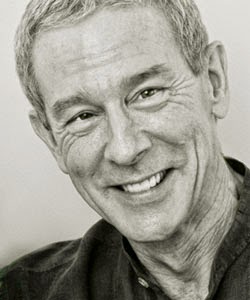 AG: I’m going down with Tsultrim to Santa Fe this weekend, and we’ll be leaving Friday afternoon. For the Friday afternoon class, I’ve asked the Dean of Faculty, which is Reginald Ray, who specializes in teaching Vajrayana Buddhism to come and take my place and do the formal outline of the  structure of Hinayana, Mahayana and Vajrayana Buddhism, all in one lesson – sort of the main themes, the main transformations, the main developments, the whole support structure.

I’ve been doing, so far, the basic Hinayana ideas (that is samatha, the quieting of mind, and vipassana, insight – somewhat panoramic insight or insight into detail (and) equivalences in poetry. But I would like to get some more precise idea, aside from my own pastiche of ideas. It would be interesting to get a more precise proposition from a more experienced  teacher of pure Buddhism. So Reggie Ray, who’s a very smart Sanskrit expert, on top of everything else, will come in and give that (and I’ll hear the tape before I come in on Monday, so I’ll know what ideas he presented and how to relate them to my own)

That’s kind of an interesting and rare opportunity to get that whole thing set out by a scholar, because Vajrayana is very mysterious, if you haven’t studied it –  romantic and mysterious. Mahayana, as you may know, is the whole area of Zen. (I mean Zen is basically Mahayana Buddhism). So you get an inside explanation of all the Buddhist mysteries, as far as they can be explained openly to beginning practitioners, say. So that will be kind of interesting. So use that, if it’s possible, or some of his language or some of his terminology (which is the common terminology around here) as a basis for making poetic comparisons.

For those texts, we’ll use some of Walt Whitman – his empathy, all the way out into space – a catalog of empathies covering (and) going around the world. (Whitman’s) “Passage to India” and some of (Jack) Kerouac‘s preoccupation with the emptiness of phenomena might be appropriate there. So I’ll be using Kerouac’s Mexico City Blues and Whitman, and some of Kerouac’s prose (Desolation Angels) – to correlate with Buddhist Mahayana ideas. Is that clear? Does that make sense? (and we’ll pick up whatever we can along the way, whatever other poetries – I’ll be trying to compare – put in a little (William) Wordsworth and a little more (Percy Bysshe) Shelley and a little more Hart Crane, for the Mahayana – and whatever else I can think of – some haiku. Fine.

When we left off (in a previous class), we were going down into the subway with Charles Reznikoff. One thing, while we’re at it. Someone asked me, “Well, what’s the purpose of going through all this? Did Reznikoff or (William Carlos) Williams (ever) practice meditation? So why are you laying this trip of meditation on their poetry? – Because they didn’t practice meditation.” – which stumped me, actually, because they obviously didn’t. Except there was this natural setting of mind that Williams went through, so that he did arrive, in 1923, at that poem, “Thursday”, where he’s just standing in his shoes, feeling the weight of his body in his shoes and the breath passing in and out at his nose.

I’m sort of saying that the Buddha nature, the wakened mind of this nature, is sort of normal anyway. It’s sort of natural. People arrive at it anyway, one way or another, if they’re serious, if they get grounded, if they have good luck, if they get into something. People tend to go in that direction of grounding, at any rate – grounding in minute particulars and grounding in geography, like a Zen man who’s aware of the winds and the streams and the trees in around his temple and makes rock gardens composed of elements of nature right around him (as Williams composed his poems from the elements of speech nature right around him). There is some correaltion between Japanese Zen haiku and poetic style and attention to local particulars, and Williams’ attention to local particulars. I’m just saying they’re similar minds, and it’s no wonder that students of Williams arrive at curiosity and inquisitiveness into Buddhism. It’s no wonder that Gary Snyder begins, in (19)48, as a student of Williams, and in (1958), as a student in Daitoku-ji monastery in Kyoto. His mind was led there through Williams, actually, or it correlated precisely enough that there was some convergence culturally or convergence psychologically.

I would also say  that for us practicing poets, it might kind of speed up the process if we knew direct meditation. It might kind of speed up the process of settling, grounding, precision, clarity, if you didn’t wait for your father to die, and your mother to die, and all your teeth to fall out, and get into an auto accident, to get a little more humble and grounded and pay more attention to the road when you’re driving. In other words, it might accelerate the process of clarification, awakening of mind, if there’s a little slow-down in the attention to what’s actually going on on-goingly (that is, the breath) , some place to start, just as Williams finally wound up starting with the raw material of his own experience in Rutherford, New Jersey.