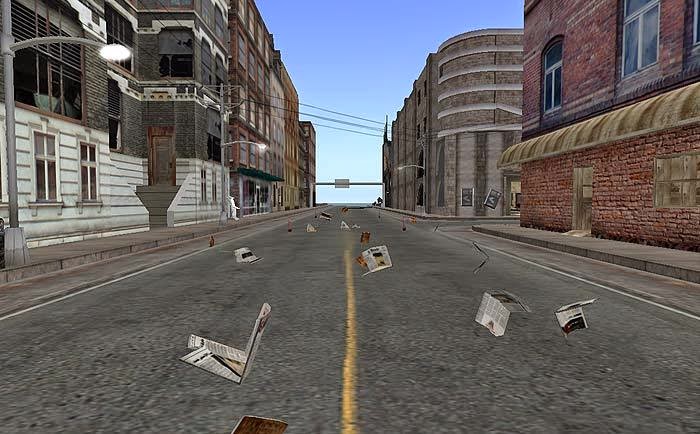 What I want to do, since we’ve got (a few) minutes, is some brief poems that he did in 1934 “Jerusalem the Golden was published by the Objectivist Press from 10 West Thirty-Sixth Street, New York in 1934. The Press consisted of Reznikoff, George Oppen and Louis Zukofsky. It was an outgrowth of Zukofsky’s editorial work for the “Objectivist” number of Poetry (magazine) (February 1931) and An Objectivist Anthology published in France in 1931 by George and Mary Oppen under the imprint “Two Publishers””

“The Objectivist Press is an organization of writers who are publishing their own work and that of other writers whose work they think ought to be read.

The wrapper also listed an Advisory Board consisting of Ezra Pound and William Carlos Williams, with (Louis) Zukofsky as “Sec’y”. Already in 1934 the Press had published Williams’ Collected Poems, with a preface by Wallace Stevens and Reznikoff’s prose work Testimony, with an introduction by Kenneth Burke.

What’s interesting about this set is (from) (19)34,(the) poems about the New York subway. In terms of domestication into poetry, domestication of modern imagery into poetry, here is one of the best examples of taking everyday ordinary-mind experience and actually making immortal-perception language out of it. I was noticing the first of these, number 6, there’s a little bit element of abhidharma abstraction, that is, the examination of the senses until you begin to realize the emptiness of senses, sort of.

“From my window I could not see the moon/and yet it was shining:/  the yard among the houses -/ snow upon it,/an oblong in the darkness – (That’s not very interesting, it’s just sort of Cubist abhidharma, maybe. Okay.

(8) – “The wind blows rain into our faces/as we go down the hillside/upon rusted cans and old newspapers/past the tree on whose bare branches/the boys have hung iron hoops,/until we reach at last the crushed earthworms/stretched and stretching on the wet sidewalk.” – (I think that’s the first time that wet-sidewalk-earthworm effect has ever been entered into poetry, into the great ledger of images), Then…

(10) –  These days the papers in the street/leap into the air or burst across the lawns -/ not a scrap but has the breath of life:/these in a gust of wind/play about/those for a moment lie still and sun themselves.” – That’s a little bit like (William Carlos) Williams‘ one about the paper rolling over and over – unlike a man. Do you know that? The brown paper being rolled over and over like a man in the street by the wind. Did I read that here? – “The Term”? – Did I read that poem by Williams here?  [class suggests not] – Oh, Well, we’ll see what they’re both doing at the same time. It’s called “The Term” (perhaps the terms of his perception, actually) – (Page) 409 of the Collected (Earlier) Poems:

A rumpled sheet
of brown paper
about the length

and apparent bulk
of a man was
rolling with the

wind slowly over
and over in
the street as

a car drove down
upon it and
crushed it to

the ground.Unlike
a man it rose
again rolling

with the wind over
and over to be as
it was before.

Everybody follow? – Is there anybody who didn’t get it?

Peter Orlovsky: How come he called it “The Term”?

AG: I think it means the terms of his poetry – that this kind of observation, that this kind of spirit.. “(W)ind” – this suggestion of spirit – the wind – he mentions the wind but he relates the wind, or he describes the wind, in terms of the paper) So, the paper is the term to describe the invisible wind – or the paper-and-the-wind is the term to describe the direct perceptions of his mind and the present attention of his mind there. And the present attention of his mind, seeing directly this paper, seeing how it looks, and describing it well, is the term of poetics for him – I think. Does that make sense?

(Robert) Creeley has taken this title – “The Term” – and used it also. In other words, it’s the idea of presenting an object like that and saying, “This object is my term of poetry. In my terms, poetry is as follows – “A rumpled sheet of brown paper”, etc – “These days the papers in the street/leap into the air or burst across the lawns- /not a scrap but has the breath of life:/these in a gust of wind/play about/those for a moment lie still and sun themselves.