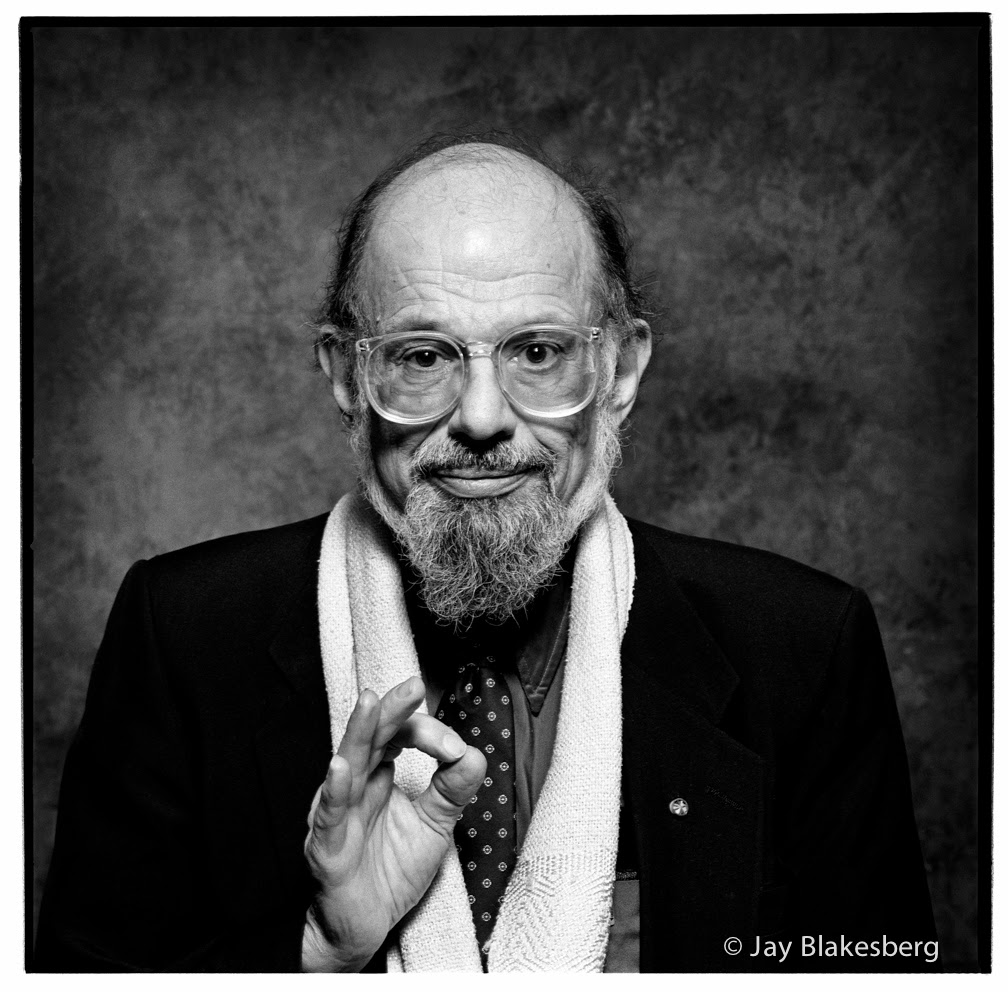 A New Year – the first of this year’s Friday Round-Ups, our regular weekly miscellany. A few weeks back, we featured one of Jay Blakesberg‘s extraordinary pictures of Allen. Here’s another.

Next week, (next Friday) it’s Herbert Huncke’s Centennial (check out this Centennial screening if you happen to be anywhere near Lowell, Mass.

Don’t miss Raymond Foye’s article in the current Brooklyn Rail on the legendary Rene Ricard (in fact, don’t miss the entire issue of The Brooklyn Rail

and speaking of magazines — the venerable English magazine, >Beat Scene< (issue number 75 just appeared. Here’s a glimpse of the cover – and more here

and..  not wishing to end with another “In Memoriam”, but, noting with sadness the passing, last month, of another of Allen’s friends

Looking over his 1986 volume, Dolphins Leaping in the Milky Way, Allen took time out to salute his “impassioned prescient ecological Whitmanesque/Thoreauvian verve and wit”

More on Jeff Poniewaz (via the wonderful Woodland Pattern) here