Jay Blakesberg’s wonderful photograph of a pensive Allen. It was Robert Frank‘s advice to Allen, the photographer (advice that he always took to heart and would tell other people) – always, in portraits, if at all possible, include the hands. 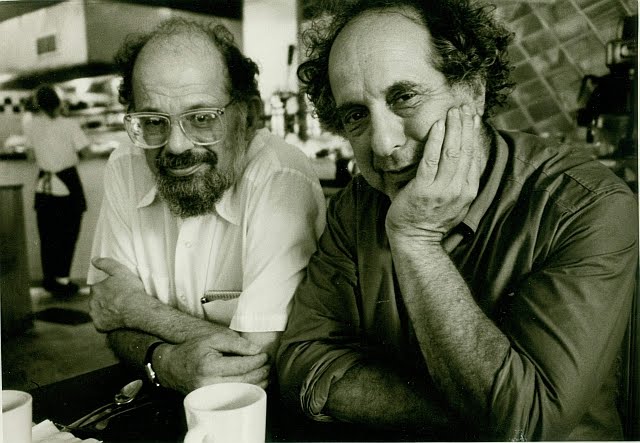 News from the Jack Kerouac School at Naropa – the 2014-2015 Allen Ginsberg Visiting Fellow has just been announced, and it will be – Kevin Killian – Kevin’s visit will begin, on Friday February 6, with a lecture titled “The Color in Darkness”, the following Monday events will continue with a reading and a book-signing. 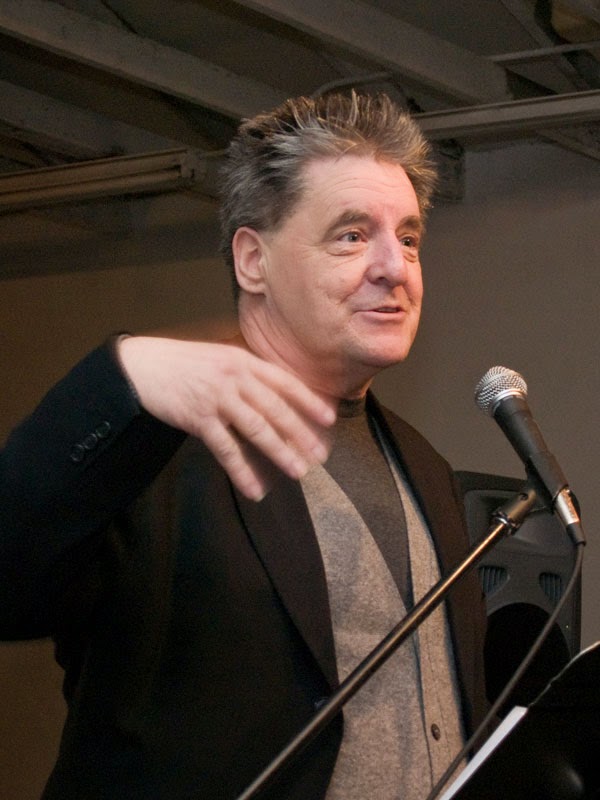 “Joan Anderson letter” news – No auction (as originally planned) last week. Now the letter sits in legal limbo David S Wills’ piece, in  Beatdom  “Reconsidering the Importance of the Joan Anderson Letter” is timely musing and well worth reading – “Beat fans and scholars are often guilty of perpetuating myths”, Wills writes, and, “in order to take the movement seriously one needs to be critical and ask questions that are often unpleasant”.. “now it is time that we ask whether the letter was as important as (Jack) Kerouac claimed. We need to acknowledge that Kerouac’s obsession with (Neal) Cassady often blinded him to his friend’s flaws, and that Cassady was far from a saint. Indeed, it is hard to imagine the contents of the letter – once published – living up to the hype.”…”None of this means we should ignore the letter by any means, but rather that we should be skeptical and not carried away by the excitement of its discovery”. 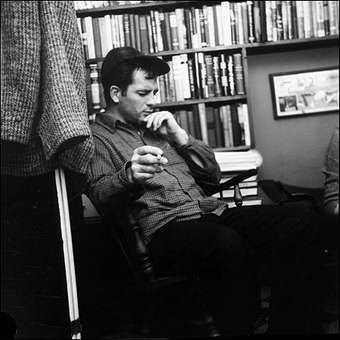 More on the great Jim Koller, who’s passing we noted last week.  A gathering of memories and notes by friends may be found here. Here’s another video (this, with his son, Bertie accompanying him on banjo and guitar and with an interview with fellow Maine poet, Steve Luttrell)

Jim, poignantly, wrote (ahead of time)  his own “Last Will and Testament”  – “I want only blue sky over me/I want the clouds, so many/of them variations, passing/changing as they pass./ I want the blackest nights filled with turning stars/I want birds to find me,/want the hot breath of animals./ The wind too shall pass,/on its way to places/I have been.”