(the complete transcribed conversation is available there, but first appears in print, earlier, in 1992, in the exhibition-catalog for the Clemente exhibit, Francesco Clemente – Evening Raga and Paradiso, which took place that year at New York’s Gagosian Gallery)

Francesco Clemente – A legend says that Benares (Varanasi) was a beautiful garden inhabited by all the Gods, and was particularly dear to Shiva Then a very righteous king took it away from them and brought his people there to live. The Gods tried in every way to find fault with this kingdom so that they could throw these people out and get back their garden. But they could never find any fault in his rule, and so finally they had to beg the king to let Shiva come back to the city because it was so dear to him. That’s why all the temples were built to Shiva. This is one of the stories. I’m sure there are dozens. 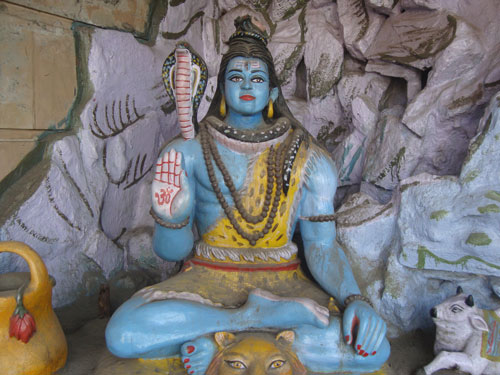 Allen Ginsberg: You come into Benares by railroad to the south end of town where there’s a bridge across the Ganges River, and then take a rickshaw on down toward the center of the town on a wide street that gets more and more intense and ancient looking as it narrows. Eventually, you encounter a crossroads market, where they have a Khadi shop, selling Indian handwoven stuffs. Then the street narrows even further to Dasaswamedh Ghat on the river, meaning “Ten Horse Sacrifice Ghat”, an ancient Vedic reference. Nearby are the markets – vegetable and meat and fish. Then a narrow pass. leads down a stairway into the Ganges. Lepers line up for the pilgrims who come and give alms. There are beggars of all kinds in two little alleyways, leading down to Dasaswamedh Ghat, as in Peter Orlovsky‘s poem, “Leper’s Cry” 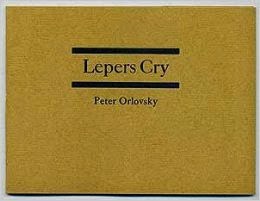 “When in Benares,/ India in 1961 Summer I was/flooded on my morphine mattress/So a bit shyly fitting for me to go see how the poor sick/week thin no legs no hands no/fingers….the Lowest of/the Low of India the Leppers/or a fraction of the fractions/in this one small Lane near/Dasaswamedh Ghat…” (“Leper’s Cry”, 1971)

We saw some really wild-haired ragged women  who could hardly talk, moaning at night , teenagers with stumps for fingers wrapped in bandages, people laid out dying, a water faucet or pump in the middle of the block where beggars and lepers come, bringing their own tin cups to get some water….” 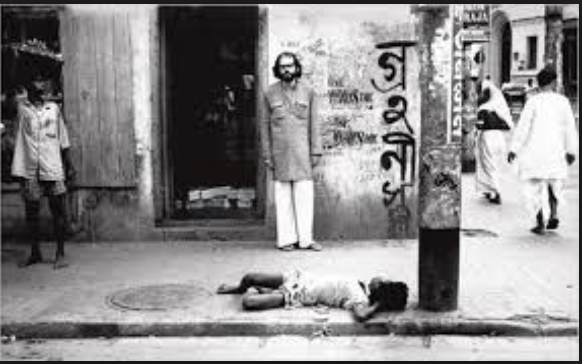 Francesco Clemente: Despite all that, Benares really has nothing to do with death. I think it has to do with the idea that one can somehow generate or attract the presence and the power of the spirit – that you can harnass it and bring it down to earth. And I came back from Benares with this question in my mind of how and why the spirit seems to be so much a part of them. I see it as a theater, which is maybe the best way to view it, the best theater on earth. And it does generate a power to the people that are part of it – how bright the etes are, the way the saddhus look, the strength they express, their intensity. When you’ve seen them you come back to the question of why on other places on the planet people don’t feel that connection with the spirit. In antiquity, poets often spoke about the fact of the Gods leaving, abandoning the earth. Somehow Benares is one of the places where you feel that the earth has been inhabited by spirits, by greater beings….