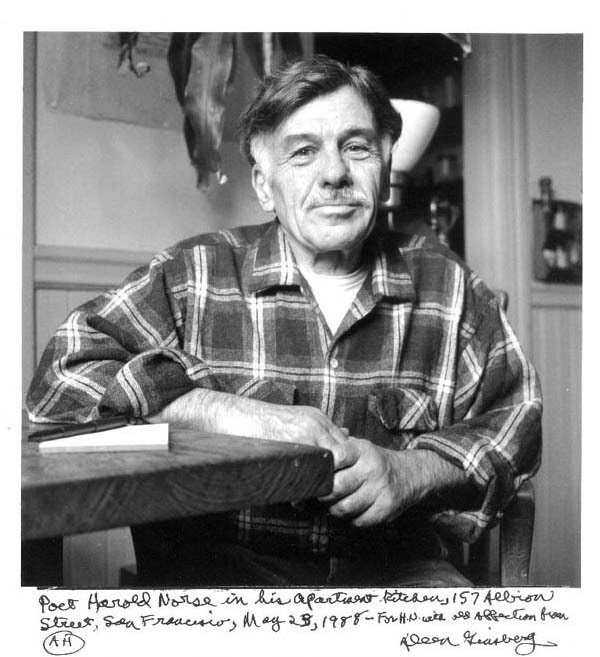 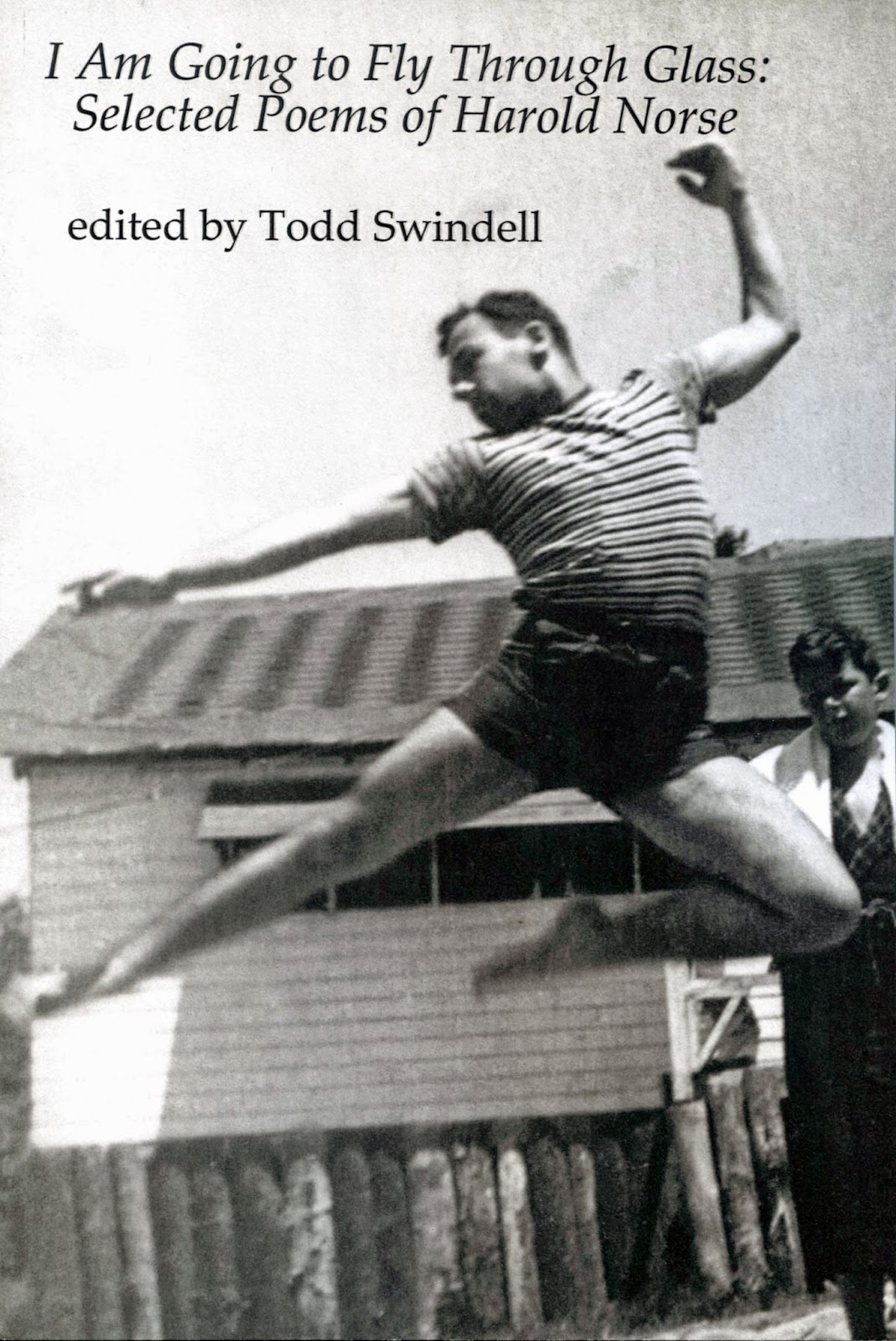 “…Earlier, as a matter of fact, in 1944, Allen Ginsberg and I met on the subway in New York. it was about four in the morning and I was going home to my room in the Village, Greenwich Village, and I saw this young boy of about eighteen with eye-glasses and a red bandana around his neck reciting poetry. There was nobody else in the whole train, And at the stops, I heard parts of what he was reciting and it was French and I realized it was (Arthur) Rimbaud. And the first thing I said to Allen Ginsberg was, “Rimbaud!”. And he said, “You’re a poet!”. And at that ppoint we began talking about it. He ended up with me in my small room on Horatio Street, Greenwich Village, talking till seven o’clock in the morning. He showed me his unpublished poems (he hadn’t published any yet – and I’d published a long poem in Poetry magazine called “Key West”, which is also in my first book, The Undersea Mountain….”

From the same session, here he is  reading  “the first poem that I wrote in San Francisco” – “At The Cafe Trieste” (a poem that, as Neeli Cherkovski points out, in his Introduction to the Talisman Selected, “begins with Norse’s description of reading Virgil’s Eclogues and ends in a corner cafe”)

Here’s more Harold Norse recordings from the similarly-essential Harold Norse Of Course (recorded in Amsterdam and originally released on cassette tape in 1984 by Ins and Outs Press, now re-released and available on CD from Unrequited Records) – “I’m Not A Man” and his sequence “The Muhammad Poems”

Here‘s, last year, Todd Swindell discoursing on Norse, the man and the achievement.
Todd Swindell has been a devoted student and custodian of Harold’s work, since 2000, when they first got together, before Norse’s death. From a contemporaneous SF Weekly article – “Swindell cleans Norse’s apartment, organizes his papers, proofreads his letters and runs the occasional errand. Mainly though Swindell and Norse simply talk. When they get together, Swindell, 27, recalls his experiences as a young gay man growing up in straight-laced Orange County, and talks about his work with ACT UP S.F. Norse, 84, recalls his experiences as a young bi-sexual man growing up in New York..”..”Swindell first discovered Norse as a teenager when he ran across a copy of…Carnivorous Saint..in the Orange County Public Library. Living in that hotbed of conservatism, Swindell figured it was only a matter of time before the powers-that-be discovered the provocative book of gay liberation writing in their midst and purged it. So, with a tinge of regret, he stole it. “More than any other gay poet, he touched a nerve to me.” Swindell says, “at a time  when I had no one, I had Harold’s poetry. It’s very erotic, and I came from an unerotic repressed environment”.

Harold Norse at the American Museum of Beat Art