Bella Freud is painter Lucian Freud’s daughter and an eminent fashion designer. A while back we featured the sweater!

but, good lord, how could we have forgotten the candle?

and how too to forget the perfume?

Too easy to mock the advertising copy. So, let’s go ahead and mock the advertising copy – “For Men and Women” (well, at least no Beat sexism there!) – “Enriched with black pepper and elemi and infused with sacred woods and resins that act as the scents for temples and gods, leaving the inner sense of serenity, (uh?) which is made up of wormwood, moss and leather” (!)

Beats-ploitation – It’s been a while since we glanced at the phenomena of Beat exploitation,  Beat co-option (see vintage posts on that subject here, and also here) . You might also recall Allen’s recent discussion here (about sensibilities that “seem to go beyond that and penetrate the consciousness in a way that permanently arms consciousness against mind control”  (and likewise against facile ironic “hipster” perversion). The commodification of the Beats. Might as well get used to it, it’s not going to go away. 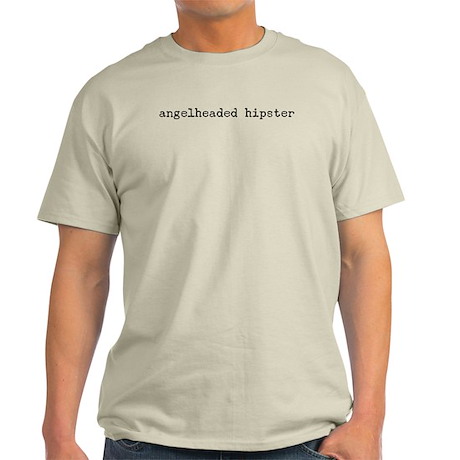 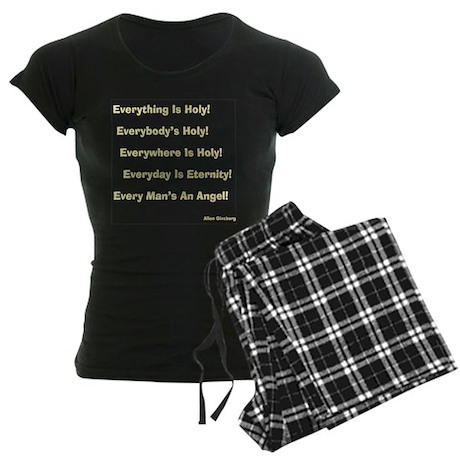 Moving on…
Jack Kerouac’s (most likely) very last interview, sad and belligerent, (with St Petersburg Times reporter, Jack McClintock) was published in October 12 1969, just nine days before he died and has been resurrected and is now available on-line for reading here 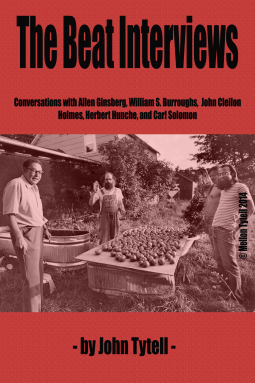 Interviews – A couple of weeks ago we mentioned John Tytell‘s new book of Beat Interviews, (just out from Beatdom Books), but, indefatiguable Beat scholar and historian that he is, he’s also got another book out – Writing Beat And Other Occasions of Literary Mayhem (published this month from Vanderbilt University Press) 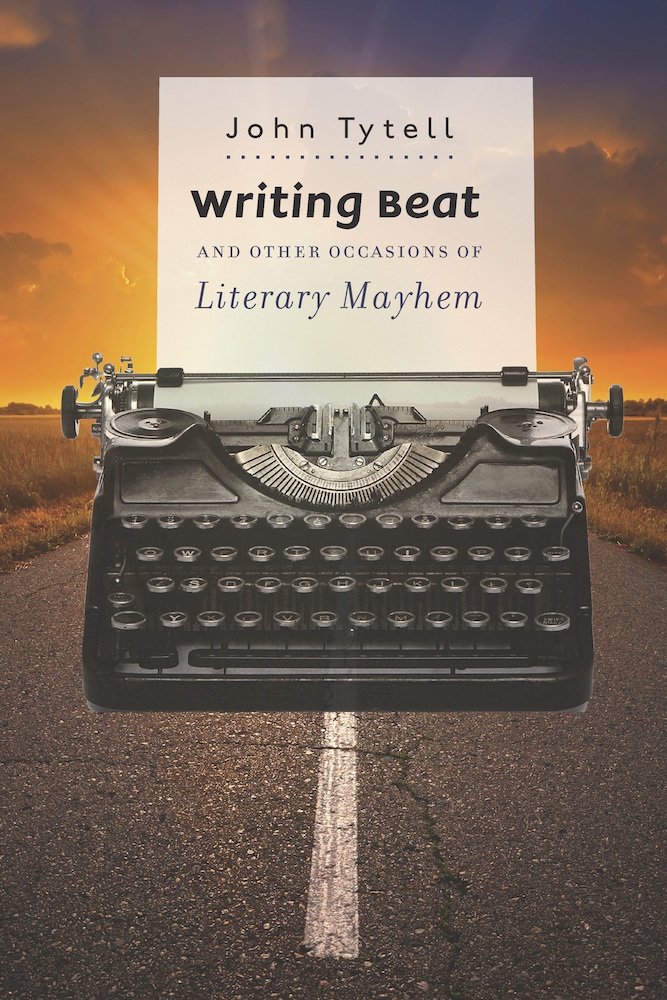 “As he interviewed, drank, traveled, and survived countless moments with some of these literary legends, Tytell discovered much about the craft of nonfiction and biography, and the nature of history.Writing Beatdemonstrates, through Tytell’s growth as a professor and historian of the Beats, lessons learned and hazards encountered for those aspiring to become writers themselves”.

Last Spring’s moving memorial for the great and much-missed painter, friend-of-the-Beats, Robert LaVigne (including footage of him and heart-felt recollections by his Seattle friends) is now on-line – See here

LA Times has been going through its photo-archives and reminded us of this delightful shot – Allen –  no, no not dead, just meditating (with his foot in a cast)!

“Ginsberg Meditates Despite Broken Leg” – Photograph by Tony Barnard, published May 13, 1973 in the Los Angeles Times