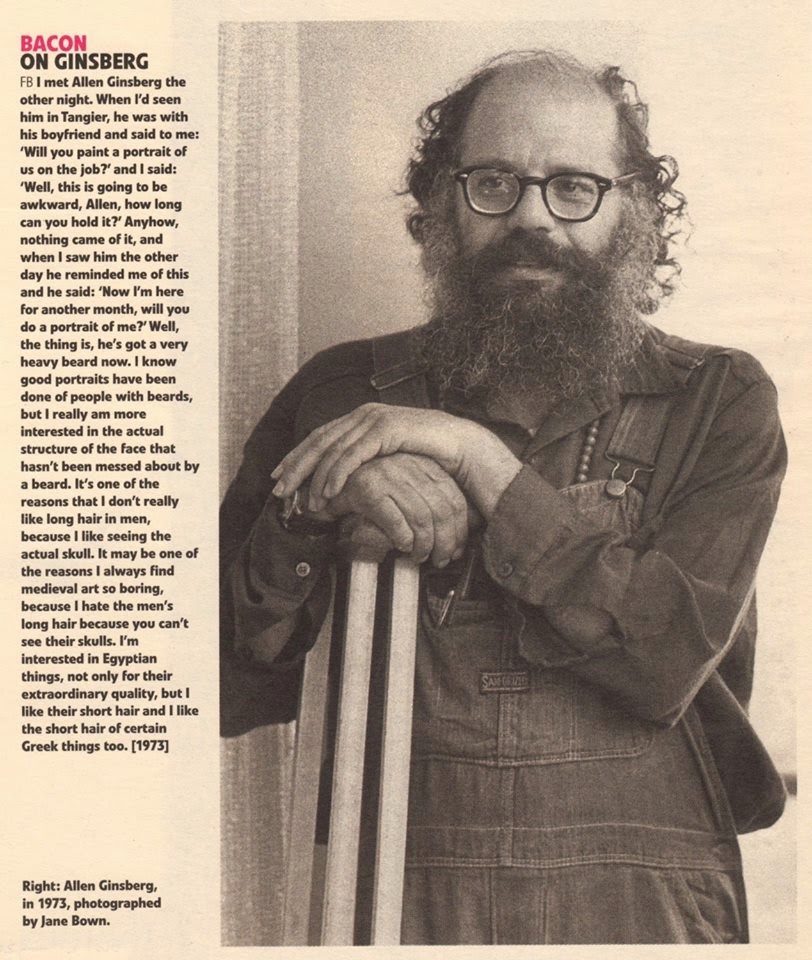 Francis Bacon (1909-1992) on Allen Ginsberg: “I met Allen Ginsberg the other night. When I’d seen him in Tangier, he was with his boyfriend and said to me: “Will you paint a portrait of us on the job?”. And I said: “Well, this is going to be awkward, Allen, how long can you hold it?” Anyhow, nothing came of it, and when I saw him the other day he reminded me of this and he  said: “Now I’m here for another month, will you do a portrait of me? Well, the thing is, he’s got a very heavy beard now. I know good portraits have been done of people with beards, but I really am more interested in the actual structure of the face that hasn’t been messed about by a beard. It’s one of the reasons that I don’t really like long hair in men, because I like seeing the actual skull. It may be one of the reasons I always find medieval art so boring because I hate the men’s long hair because you can’t see their skulls. I’m interested in Egyyptian things, not only for their extraordinary quality, but I like their short hair and I like the short hair of certain Greek things too.”

Here’s Bacon, from five years later,  on immediacy and violence & here’s his profile and interviews with Melvyn Bragg from 1985 from the BBC’s South Bank Show 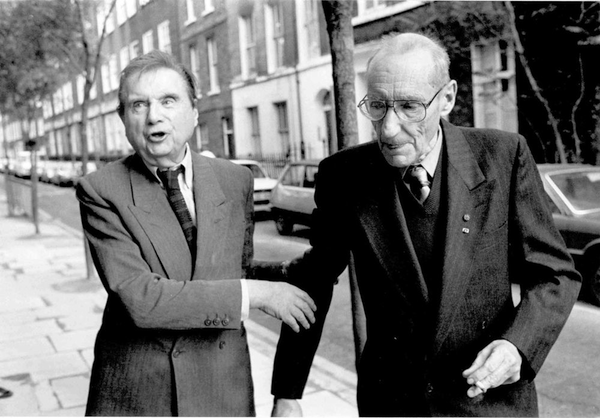